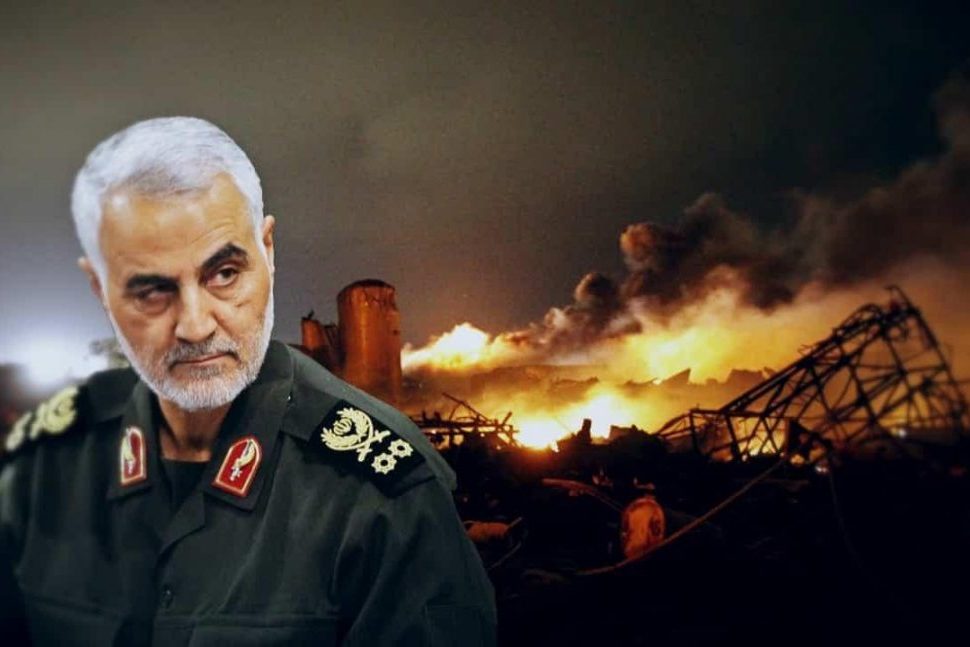 Welcome back, here have a shot, (unless you have the duty, in which case I owe you one)

So Soleimani is dead. Good. The man was a cheap rip off of Henrik Himmler, crossed with Iron Felix.  Taking him out was at least as significant as taking out Bin Laudon, probably far more significant as OBL didn’t have a state behind him funding him, and didn’t have a uniform that too many people in this world thought protected him from having his actions called to justice.

I must note that the downside to writing a weekly piece is that 1) I miss the immediacy of the 24 hour news cycle, and 2) when you see my stuff it’s often late and may even be out of date. For example, as I write this there is breaking news that Iran claims to have launched rockets from inside Iran at a couple of US bases in Iraq.  It’s not clear if this actually happened, or what the damages are. By the time you read this we may actually have a request by the President for a declared war.

What we won’t have, is WWIII.

For my sins, and because a couple of other authors who I consider mentors if not friends, (One is solidly a friend, the other I know only online) indirectly steered me to join a Social Media site called Quora.  If you value your sanity and your wah, stay away. It’s too late to save me, fly you fools!

I’ve seen a lot of STUPID in my day. Shit, I used to run a BRIG.  That’s were we put people that are too stupid to stay out of trouble in the military, and get in trouble SO bad, that we lock them behind bars, and confine them at hard labor.  That takes talent. These people put my former prisoners in the shade.

Seriously, I’ve been asked maybe a thousand times if we’ve entered WWIII, or if this will become WWIII, or why Trump started WWIII… or variations on that theme, and it’s corollary, how do I get out of the draft, what are the ages for the draft, what will happen to me if I run from the draft etc…

So, let me just say a few things about that pair of questions.

NO, this isn’t WWIII, it’s nothing like WWIII, any more than Gulf war one or two were WWIII.  No one that is capable of being our adversary (meaning peer or near peer states like Russia, or China) in a Third World War is going to war against the US over Iran.  Not going to happen. Iran is a rogue nation, who is almost as poorly regarded as North Korea, but without being on the border of China.

(By the way, that’s the only thing keeping little Kim in power, the fact that China REALLY wants a buffer state, preferably one whose people have it even worse off than their own, between them and the US’s Asian little brother, South Korea. If the Chinese peasants could look across the border at life in SK, keeping them from either revolting, or bagging ass, would be impossible.)

The rulers of Russia and China are brutal, arguably heartless, certainly ruthless, and possibly sociopathic.  They are NOT STUPID. Iran is not worth the risk of this shit going all nuclear fireball. China has oil via having bought up half of Africa, and Russia has their own oil fields.  Iran has nothing else to offer except saffron. No one’s starting a war over saffron.

Frankly, the only reason those nations have been dealing with Iran at all, is that it’s a way to annoy the US on the cheap, and if it blows up, they can cut and run, leaving the Mad Mullahs holding the bag.  The trouble is the Mad ones don’t understand that. Of course they believe that Allah is on their side, and that no matter what the difference in forces they will prevail because their god says so.

History is full of religions that were convinced that their God was going to save them.  In the various legends called religion, it happened all the time. Nearly every religion out there has a story of “the people” (which is always “the faithful”, as opposed to “them”) survived and succeeded against overwhelming odds through divine intervention.

In historical existence it’s never happened.  No one was saved from Rome, or from the Northmen, from the Normans, from the “white devils” etc… A miraculous battle or two? Yeah, maybe.  A war that went contrary to what numbers, technology, and military experience predicts? Nope.

The only thing Iran can do is maybe, just maybe, piss us off to the point where we take the gloves off, and actually show the world what a modern first world army is capable of, again.  I’ll remind the casual reader that Iraq under Saddam Husain had the third or fourth largest army in the world, and pretty good equipment. We completely destroyed their army in under 36 hours.  This was an army that fought the Iranian army to a standstill that no one won, even though both sides were using poison gas, nerve agents, and other “first world” toys.

Now, on to the draft.  Listen up snowflake:

First, there hasn’t been a draft in nearly fifty years, and to start one up would require a new law… Under the current national politics, and especially in an election year, there is NO way that would pass.

Second, if we did try to start up the draft again, it would take, by my rather informed estimation about a year and a half to really get running.  We don’t have the law, we don’t have draft boards, we don’t have a bootcamp to put the new recruits IN.

That last bit’s pretty vital.  In world wars one and two we had people that could live in tents, while going through bootcamp, even NAVY bootcamp.  That shit would never fly with today’s pretty-pretty princesses. Even if it did, we don’t have enough trainers to train them. No, a year and a half is a very generous estimate of how long it would take us to get the draft up and running from a standing start, even if we wanted one.

Third, don’t worry about it, most of you that are asking the question ain’t draftable anyway. You’re too fat, too out of shape, you’ve done drugs, you’ve got a record, bad knees, and are just too out and out STUPID to be able to hack it on the modern Warfield.

But if you’re really that worried about being drafted, it’s easy… commit suicide.  Even if you fail, and you probably will, if you’re so inept that this is the big stressor in your life, you’ve made yourself ineligible for the draft by virtue of mental instability, (which frankly you’ve already proved to me is a thing with you.)

I’m sure I’m going to get some hate mail over that last bit, but DAMN IT, if you are SO freaked out that the thought of a draft is making you that psychotic, and that flipped out, you ain’t well son, and we ain’t gonna miss ya.

Before I go, let me just give a tip of the hat to Ricky Gervais.  Damn, lad! It’s about time someone in your industry had the Cajones to call all of the left-wing darlings on their shit.  Well done, I think I’ve got a new favorite comedian.

Late posting addendum because I have time before this goes to press, and I’m waiting on a doctors appt. before going into work.

Last night after I wrote this, (pacific standard time) Iran did their “horrible revenge”. 20 rockets against two bases, 12 of them actually made it to the target. No damage, no casualties.  Frankly this looks like “we have to attack them or we’ll lose control of our own hardliners! OK do something that won’t piss that mad motherfucker in DC off any further.”

Look they had to retaliate, to save face and play to their internal politics.  I get it. Then they screwed up again it looks like, and shot down a Ukrainian Airliner.  (They’re claiming mechanical failure, there was no mayday, and they won’t turn over the black boxes), that’s just going to make their game look worse.  I’m willing to let them put bandaids on their nipples, so that they can save some face, we all know who made who their bitch. If it stops here, let it stop.  They attack again, in any way shape or form, we take out another set of their leadership. Seems reasonable to me.