Why Do We Fight With One Another So Much? 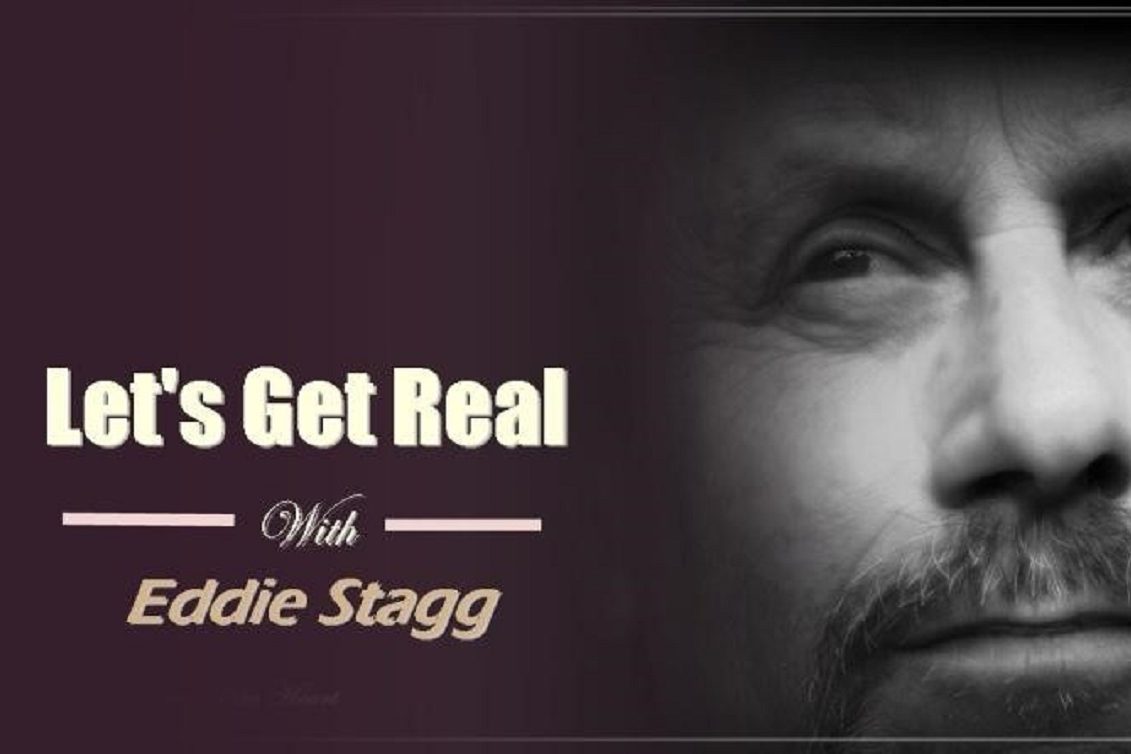 I talk a lot to others as well as listen to several newscasters, pundits, politicians, analysts, talk show hosts and the world at large. What has stricken me for so long, which I cannot fully comprehend, is the vitriol and the seemingly premeditated and intentional desire to inflict pain amongst the sides engaged in conversation over a disputed matter. Here I will talk about political discourse but this trend encompasses many others. I often wonder what happened to the days when we argued zealously, passionately, even heatedly, but without an intention to destroy the other side or take down our entire nation in the process if necessary, just to advance our point. That is what I see happening in politics today, often times dividing friends and family for their lack of ability to speak to one another from a place of love and kindness, even though in disagreement.

If President Trump was to walk on water across the Potomac carrying the cures for Aids in his left hand, and for Cancer in his right, the opposition would fault him and chastise him for not having the cure for Multiple Sclerosis in a pack in one of his pockets. We need to be honest, we need to get real, these fights in Washington, and from coast to coast, have far less to do about actual policy disagreement and so much more to do about politics with an emphasis on many’s personal disdain for Donald Trump himself. Most alarming is that we appear to be ready, willing and aggressively seeking to bring down the President and his administration even if that means the entire country suffers in the process; in all candidness however, we are not doing it to protect the country, we are doing it primarily because we hate the man. We have reached a boiling point where we are irrational and willing to self-destruct just so long as we can get can get the Donald; and over what? Inappropriate groping of women in the distant past, crude locker room talk about women, and being a savvy business man who used “the law” to escape financial losses? And we hate him so much we have no restraint from attacking his children or wife to get to him. Wow! That is really over the top. We know these people to be innocent yet we are able to use them as weapons and pawns against their own husband and father. We deny all of this of course and try to call it something else, but there is pretty much no one left in this country or around the world so blind that they cannot see the obvious.

Why can we not simply agree that half the country does not like Donald Trump as a man, while still allowing him as our elected President to succeed or fail on the merits of his efforts like every other president, instead of trying to sabotage him? Have we really become so personally hateful that we don’t care what he might possibly do for us? Are we really okay with our obsession to destroy him because of his crass language and inappropriate behavior? That is a lot of anger and hatred, it is certainly not “restrained” anger and hatred which every Christian man and woman is obligated to exercise according to scripture. Do we not owe him an honest and fair opportunity to do what he was elected to do? Would we not be demanding exactly the same if Hilary Clinton or Bernie Sanders had won the election? We should all support or reject proposed policy based on our ideological leanings, and hopefully what we find in earnest to be best for our country as a whole, and then try to seek out compromise when we can, and when it is appropriate. If we cannot get away from bashing the President or someone else, perhaps we could do it while not without the intent of interfering with the business of our government.

We, as adult American citizens, have obligations to ourselves, our families and friends, our states and our nation as a whole, to do what we need to do to get the job done without our personal emotions interfering and obstructing – not by accident and certainly not intentionally. The never Trumpers contend Donald Trump is immoral and not fit to be president because of his past indiscretions – in short, acting like a pig of a man. These same people believe that Hillary Clinton, who intentionally misappropriated state secrets to allegedly hide a pay to play scheme in exchange for financial benefit (an illegal criminal act if proven), and one who defends and fights for the right to destroy innocent life as a matter of convenience (a gross immoral act according to public policy and God’s law not to commit murder, and in violation of a doctor’s Hippocratic oath to cause no harm) exudes greater personal character and virtue than does Donald Trump. I will not defend Donald Trump’s behavior, nor Hillary’s. I do not see any angels among either of them, so why are the pots calling the kettles black? She is no better than he although the transgressions are different. If we see the need to pursue these issues, let us do it through formal investigations and or litigation, not through rhetoric and obstructionism. What have any of these matters to do with immigration, healthcare, jobs, the deficit or the debt? Nothing, that is what, absolutely nothing! If they need to be investigated or litigated then fine, let us do that, but let us not hold our entire country the rest of its citizens hostage by derailing government business purely out of spite. We apparently are prepared to destroy this man, and potentially each other, based so far only on unproven allegations that are probably being asserted primarily with the intention to interfere and slander, as opposed to seeking true answer and justice.

President Trump’s past behavior involving alleged sexual impropriety, declaring bankruptcy, wrongfully denying payment to contractors or illegally dealing with foreign nations, including their governments, may well be matters to be investigated – but as a side bar.  Evidence may very well show that many complaints against him are within the scope of normally acceptable business practices. As for the vulgar talk and alleged groping of women in the past, that is admittedly disgusting, demeaning and wrong – it happened, but it is not still happening. When the electorate cast their votes, all this was public knowledge and those votes were cast when all the allegations were common knowledge. Whether we like it or not, perhaps it is time to forgive and move on. If we want to dislike him because of these issues then fine, but none of them rise to a level of high crimes and misdemeanors; we need to find a way to get past it as Americans and certainly as Christians. He has apologized for his behaviors, he has seemingly turned over a new leaf; unless he caught doing the same or similar, let us let it go.

As for Secretary Clinton, the American public never had their day in court to prove or vindicate her of having violated laws in the improper possession, maintenance and exposing of American state secrets and classified information. As for her support for destroying unborn babies as a matter of nothing more than convenience while they otherwise grow innocently in the womb of the woman carrying them, it is legal. Roe v. Wade is the law of the land and Hillary Clinton or any pregnant woman has the right to kill their baby within the constraints of the law. One might believe that any “reasonable person” would find killing an unborn baby – a child of God, is, at the very least, equally disgusting, repugnant and morally reprehensible as groping a woman’s genital for a moment; yet, the outrage is so one sided. We are no longer being fair and honest with each other – we merely insist on hating those with whom we disagree. We are out of control.

There is plenty of vile misbehavior to go around, but none of it really affects the policies of this country with which we need to deal. In so far as what these two have done in the past, none of it should be tearing friends and families apart. We cannot change these things and neither side has to condone or defend them while having to support or reject proposed policies in the hopes of bettering our nation. Our primary focus on today should be today and tomorrow, not so much yesterday. We learn from yesterday absolutely, but we cannot live in it. Defend or attack a policy on its merits, not based on who submitted it. We need desperately to return to doing things, and dealing with our government respectfully, maintaining our dignity and self respect. We can argue over a bill without calling each other names and yelling at each other. Maybe if we did we could find more bipartisan understanding, answers and compromises. Today we do not even listen to each other, we only repeat talking points without any clue as to whether they are correct or not. I am pretty sure we never will find peaceable middle ground if we get on our mutually self-righteous, self-centered and self-satisfying horses, blinded by the glare of hatred, keeping us from ever effectively engaging in the battles that matter. America is in the middle of a civil war, we are just not using guns and cannons. Just the same, brothers are rising up against brother, mothers against daughters, and sons against fathers. All this is foretold and prophesied, but those are subjects for another discussion.

At the end of the day we need to address immigration, border control, national security, jobs, climate change, infrastructure, taxes, health insurance and a myriad of other issues. We can do it respectfully and productively, giving and taking, or we can just keep bashing each other over head and get absolutely nothing done or have it rammed through without regard to the general consensus of the American people, and thereafter fear that in four or eight years later another administration will simply undo it all. I am for peaceful solutions upon which the largest possible majority canbe  assembled. We will never all agree, that is life, but let us get to where a majority of us can reach livable compromises. If we want to go on afterwards to hate Trump or Clinton as people, let us do it privately and quietly among those of us likeminded. Keep in mind however that to harbor anger hurts mostly the one harboring it. For those who are Christians, recall His edict to us all as it was said, be slow to anger but be quick to forgive, and do not come to me to seek forgiveness before first forgiving each other. We have been better Americans, we have been better people. Think back to 911, Katrina, the San Francisco and Los Angeles earthquakes, think back only to Orlando. Must people die for Americans to rally among each other? We circle our wagons against a common enemy, yet without that foreign foe, we seem to have to fill the void ourselves. We are different, we disagree, it is okay, it can be healthy for our individual and combined growth, but let us it is all from a place love, from kindness, and from a mutual respect.