Why Alabama Basketball Will Be the SEC’s Cinderella Next March 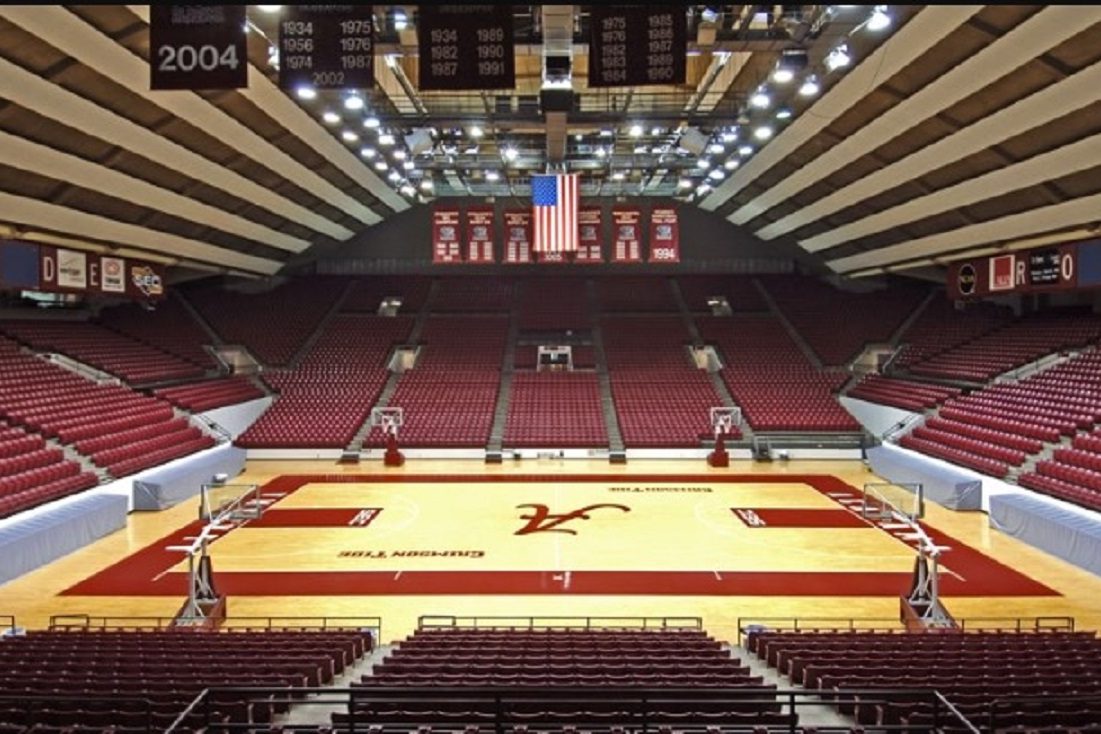 The University of Alabama is not known for basketball. The school has never reached the Final Four despite reaching eight Sweet Sixteens and one Elite Eight. Although only Kentucky has more SEC tournament titles, the Tide hasn’t won the conference tournament since 1991. When hired two years ago, Avery Johnson said he wouldn’t have taken the job if Alabama couldn’t get to the Final Four. Unfortunately, the Tide has missed the tournament twice under him and hold only one appearance since 2006. So, with all of this doom and gloom, why are so many people optimistic that next year’s team can not only make the dance but make a run similar to Florida, Kentucky, and South Carolina?

Kentucky, UCLA, Arizona, Alabama. As of now, that is what the top of Rivals team rankings look like for basketball. Not even the Gamecocks or Gators have a class with as much buzz as the one Johnson is bringing to Tuscaloosa in his third year. With the SEC seemingly down as a whole, this group of incoming freshmen could have the same impact as Kentucky’s freshman trio of Malik Monk, Bam Adebayo, and De’Aaron Fox. Those three players led the Wildcats to the SEC tournament title and the Elite Eight. Monk and Fox are likely top 10 picks in the upcoming draft. Rivals ranked those three players 6, 7, and 9 nationally as recruits last year. South Carolina star Sindarius Thornwell was ranked as the 43rd recruit nationally his senior year. Florida Gator leading scorer KeVaughn Allen was 67th. The common theme is the SEC’s standout players deep in the NCAA tournament were all highly ranked recruits and all were able to put up big numbers early and often to help their team advance. Alabama’s best shot of replicating those teams success lies with Collin Sexton, John Petty, Herb Jones, and Alex Reese. Those 4 players are ranked by Rivals as the 7th, 25th, 86th, and 95th best players in the country respectively.

Petty, Jones, and Reese all chose to stay home and play for Alabama instead of going to more traditional basketball powers or in state rival Auburn. They all three won player of the year in their classification and Petty won Mr. Basketball for the second straight year. Sexton said Roll Tide over schools such as Arizona, Villanova, North Carolina, and Kansas. After sitting out a year, Ohio State transfer Daniel Giddins is ready to give Bama depth at Center. Giddins was the 51st ranked recruit in the nation two years ago. That gives Alabama five new players who were top 100 ranked coming out of high school. Avery Johnson seems to have the capability to bring in big names moving forward to stack on top of this class.

Alabama’s incoming players won’t have to lead the Tide without help. Braxton Key, who was the 64th best player in last years class, returns with a team leading 12.1 ppg. Bama also returns their 2nd, 3rd, and 4th leading scorers with Dazon Ingram, Riley Norris, and Avery Johnson Jr. to aide in a tournament push. Four of the top five rebounders will return along with four of the top five assist leaders. Donta Hall will bring his team leading 1.5 blocks per game back for his junior season. Riley Norris will be the lone senior expected to contribute as the core of the team will be the incoming class along with Key and Ingram. With many of the talented players back from a 19 win season that saw a run to the SEC tournament semifinals along with two wins over South Carolina, the feeling of optimism is growing that the 2017-18 team will finally turn the program around for good. As Avery Johnson said when he was hired, “Buckle Up!”.