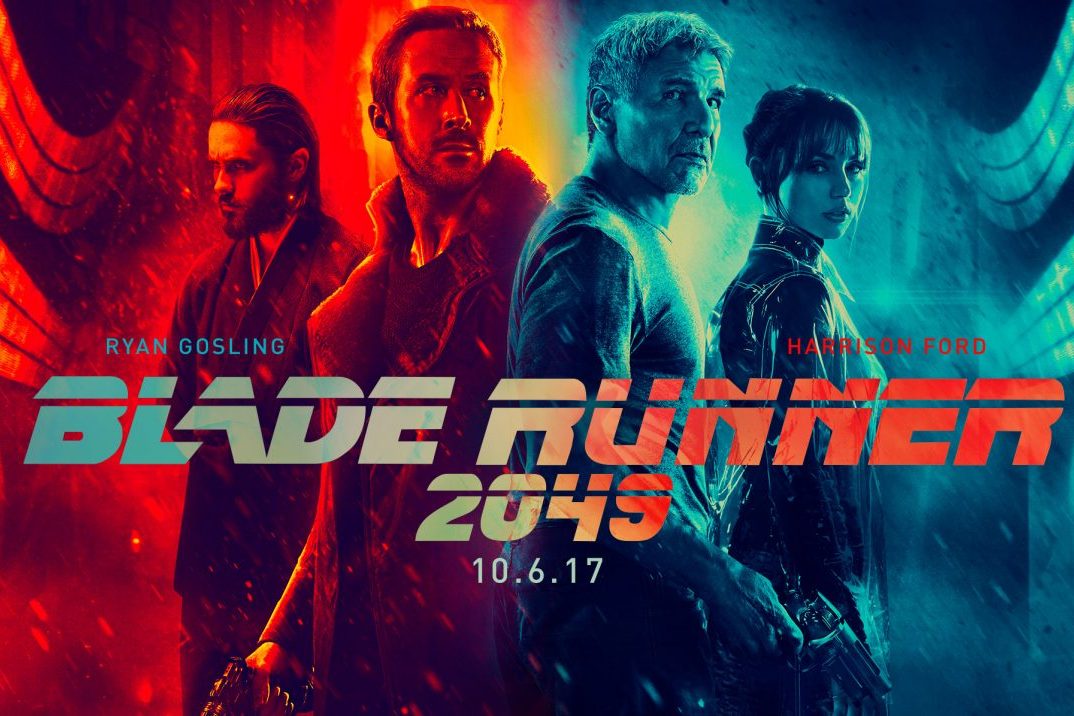 I’m going to get to lighten up a little this week, and do some Science fiction nerd stuff.  Pull up a bucket, and smoke ‘em if you got ‘em, it’s time for the scuttlebutt.

If you liked Blade Runner, you’ll love this. It’s not a popcorn flick, I gotta warn ya. If you’re looking for a popcorn flick go see American Assassin and turn your brain off.  This is a thinking man’s movie.

It’s got all the spectacular cinematography, and awesome work you would expect from a Ridley Scott movie. It’s not a F/X fest, which doesn’t mean there’s not some great special effects in the show. It just means the show isn’t built around them.  They’re spice, not the meat.

The theme of the flick, as in the original, is that age old question: What is a man, that thou art mindful of him? It takes us outside “Metro LA” for the first time, and if you thought the city was grim, well, you ain’t seen nothin’ yet.

In the intervening years, there’s been a war, revolution actually, and the Replicants were mostly wiped out.  There’s a few still running around from those days though, and there’s still Blade Runners chasing them.

The old corporation that made the replicants went out of business of course.  It’s not good for your bottom line when your product drops a dirty bomb on Las Vegas.  But there’s a new guy who picked up the concept and ran with it.  Replicants are still around, still doing the jobs humans don’t want to, (includes blade running), but on earth now, as well as the colonies, and still considered machines, not humans. Replicants are checked often to make sure they aren’t exceeding their programming, if they are, they’re “retired”. They aren’t the only AIs on the playing field, though, and therein hangs a tale… Is human is as human does?  Do I have to bleed, or is it enough that I love?

It’s a long movie, damn near 3 hours.  If you’re into it, you won’t notice, if you hated the first Blade Runner, go see “It”, or “Flatliners” or something, you aren’t the audience for this.

Have a good week and I’ll see you next time.