What is Man, That Thou Art Mindful of Him? Ghost in the Shell. A Review. 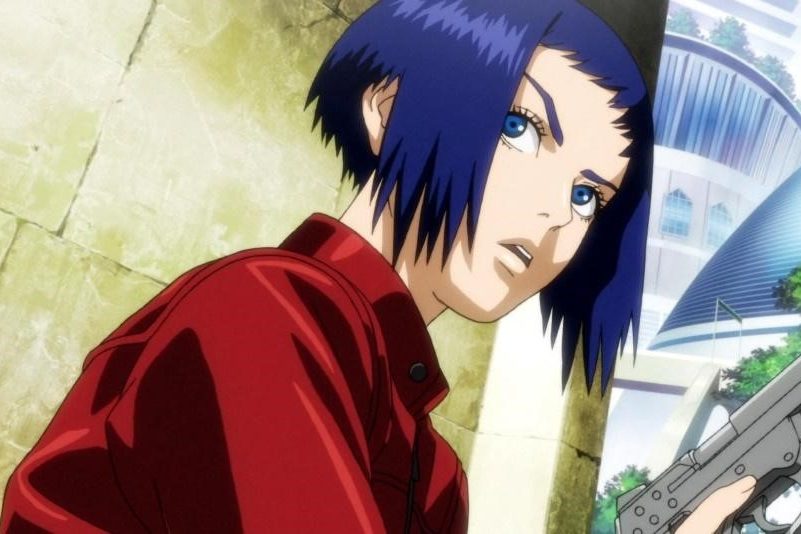 Welcome back to the Scuttlebutt, or if this is your first time here, glad you dropped by, smoke ‘em if ‘ya gottem, cop a squat and lets talk.

So, I’ll give you the short form of the review first.  Great show, spectacular cinematography, worth the price of admission.  Get thee hence, and go see it.

OK now we’ll get down to the meat of this.  The show works on multiple levels. Now I’m not particularly an Manga guy, so I had never seen the stories that this is based on.  Well, I’ll say that if this is a sample, and based on the usual Hollywood propensity to simplify stuff that is, in the original work, much deeper and more complex, WOW.

If you want to go to the movies for a semi mindless shoot-em-up, this film will work for that.  But that’s only the first layer, and you will leave with more than you expected.  At base, the show explores the age-old question, that thousands of authors and philosophers have played with: What is a man, that thou art mindful of him?  Or in the modern vernacular, what defining characteristic makes you “human”?  And further down the rabbit hole, is what was ever human changeable to become “not human”?  Does humanity have levels? And is there a difference between intelligence, and thought? As a Science fiction reader, author, and fan, this has been explored by some of the greats of the genre. (Asimov loved to play in this arena)

One of the positions the film takes, and the one that really started me thinking on this line, I disagree with.  The writers will have that our memories are irrelevant to what we are.  I beg to differ, our memories create us, they define us to an extent.  None the less, overall, the film has some great things to say about what is human, and how we “do” humanity.  I’m going to try to avoid spoilers here, but it’s difficult.

I’ve read several reviews of the movie, and it’s seemingly very controversial. That’s frankly relatively ridiculous. Let us look at that, shall we?

All the controversy is over the casting of “Major” Motoko Kusanagi, the main character in the movie. They cast Scarlett Johansson.  This is controversial because “oh, they’re using white people where they should use Asians, oh the evil patriarchy, oh the white privilege.”  Well, bullshit.  First, at the most elemental, please look at the picture at the top of the review.  That’s the character from the original Manga that is the source of this film.  HUMMM, blue eyes.  I’ve never seen a blue eyed Asian, (pure blooded anyway) have you?  Second, she’s a fucking cyborg, you morons. A robotic body, with a human brain.  See, the critics that are so desperate to take offence (hell, I think they would knock you over the head, drag you into an alley and go through your pockets to see if there’s any offence hidden that they can pull away) that they miss the entire point of the movie!  Human is as human does.  It’s not our skin, or our skin color, or even if we have any that maters!  Our hero’s boss (brilliantly played by Takeshi Kitano) demonstrates what the difference is, when he gives Major an order to “stand down” and she blows him off.

There’s the fundamental difference between a man, and a machine.  Machines do as they are told. (and therein lies the big part of the movie, her creator views her as, and expects, no demands, machine like obedience)  It’s interesting to note, that some actual humans (biologically) in the piece are hacked and become machines, as I define machine.

The critics are so busy trying to separate us into little niches that they missed the big picture.  It’s like complaining that a Porsche autoboot wasn’t played by a German actor.

Then I keep seeing that this is a “dystopian” movie in the style of Bladerunner.  OK, it’s about robots and where the line is between human and machine, and the open-air scenes show massive advertising holograms that could be compared to the ones in Bladerunner.  There are the only similarities. It takes place in Singapore I believe (it never says specifically, all we know is that there’s a prime-minister) but where ever it takes place is NOT a police state, there are vast numbers of open air shots, and no screaming sirens, or overbearing police presence to be seen.  Yes, there’s slums… Looked at a picture of parts of Detroit lately?  Does that make America a Dystopia?  (if your answer to this is yes, this is probably not the blog for you, fuck off now) Yes there are evil men.  (There have always been evil men.  As long as we are human and not some sort of “ascended being” there will always be evil men)  However the government seems to be at least relatively free, there appears to be privacy laws in place, and other trappings of a  relatively free, and halfway decent place to live (if you like cities).

What this all comes down to, is the reviewers that showed up to be entertained, and to explore the concept of what makes humans human, enjoyed it.  Then there’s the guys with an axe to grind, that demand political correctness Uber Allis, that expect and require that all entertainment be message fic with THEIR MESSAGE front and center, whether it’s entertaining or not.  They hated it.

If you are one of the first group, you’re my kind of people!  I’ll happily give you data and reviews, thoughts, and I hope, entertainment.  Come on by!

If you are the second kind of person, I think that io9, and The Marysue may be more your sort of place.