What Does It Mean to Be Honest and Open? 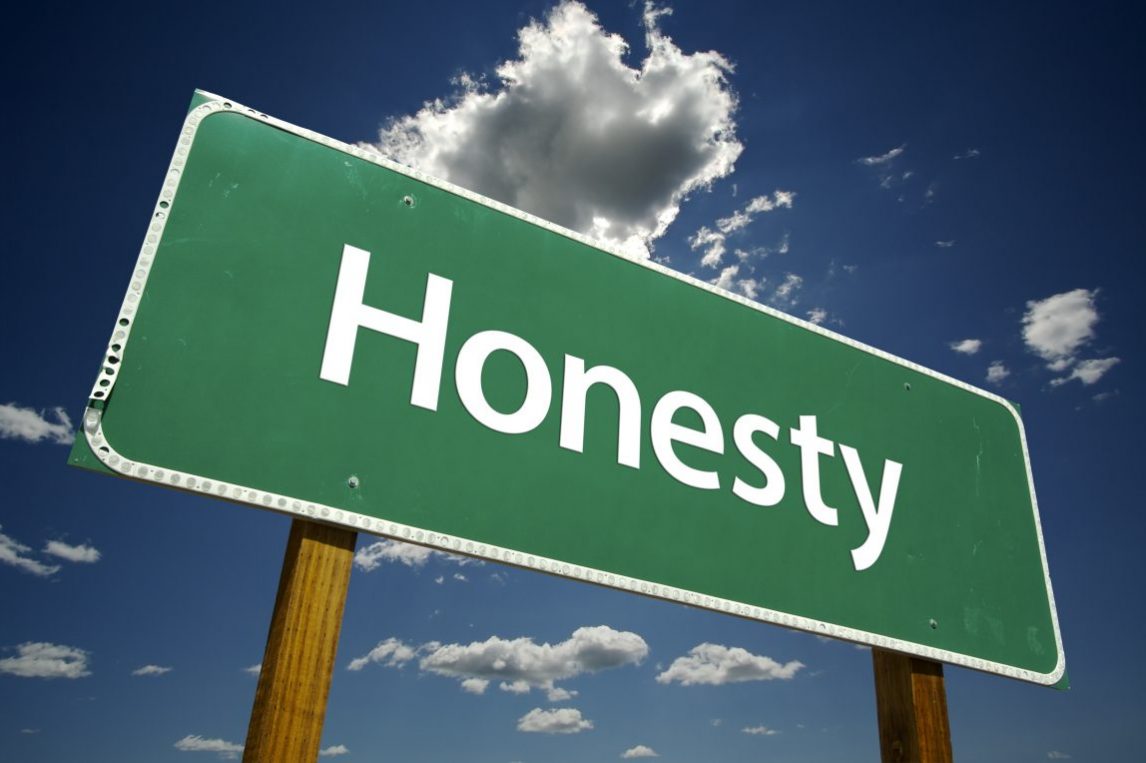 How many times in a week (perhaps in a day) do we find ourselves cutting short what we want to say and instead clam all of our feelings up inside?  Instead of actually letting them out for whomever or whatever situation it is that stands before us.  Perhaps they just may need to hear something rather profound and thought provoking to their beliefs and stands on life.  What happens when we say nothing at all?  Where did it become the norm to just not say anything at all?  Oh, but you will hurt their feelings, or it’s best to turn the other cheek, you just need to keep your opinions to yourself.  What if they can’t handle the truth?  You might crush them or make them angry?  Do we got too far in the other direction of never actually speaking our minds in order to spare those around us?  What does that do to our well being by not saying anything?  Were we really supposed to just not say anything at all?  Not saying we crush people but sometimes to say things that are a bit uncomfortable.  Don’t be mean and unkind but don’t be afraid to speak your mind.  Sometimes being open and honest is the hardest thing we are called to do, but sometimes we are called to do just that. It does not come without tact and care and true seeking of God’s call even when every thing seems against us.

What physical and mental consequences does it actually have on the body?  Was the design of who we were made in the image of actually mean for us to be so silent or is it better to find a healthy balance of saying things when they need to be said?  This past week I found myself in my first ever Reiki session, my incredible massage therapist, was on the lookout for open and willing participants. I was more than willing and curious as to what it held for me. I eagerly volunteered a small bit of my time to see what all this talk of energy and chakras was about. I had experienced CranioSacral therapy before and had felt amazing afterwards. CranioSacral therapy has to do with the flow of spinal fluid throughout the body. I was curious as to how this different therapy related to life as well as God and the positive energy that we all have felt in the world that we live in. I was at first, as to be expected, a bit unsure of what to expect.  I knew people that had sung praises of Reiki and others who had only negative things to say about it. The session began with a prayer for God’s ever present presence and call for my life. That my therapist was to be used for God’s will and not his own. I at first felt nothing really other than it was quiet and my therapists hands were so warm.  Almost hot to the touch.  As I lay there and my therapist and God did their thing I was all of the sudden filled with the presence and knowledge of trusting that God was taking me right to where he needed me to be.  Words almost can’t do it justice as the feeling of calmness and peace swept over me.  He was right there with us.  I could feel just where it was that God was asking me to be.  There was a calling to remain faithful and trusting in His plan for me.  That if I truly trusted Him and kept my life focused on the promise of His ever present presence in my life that I had nothing to fear. That is a promise that I often forget. It seems so much easier to doubt and fear the unknown other than to trust utterly and completely in the plan the God already had laid out for me.  Some would say that trusting in something that one cannot see is foolhardy and without consequences.  As true as that may be I am reminded that that is what having faith really and truly is.  We as Christians must put out trust into something beyond this world and have faith that, what we believe, is the thing to believe in.

My session came to a close and I was left feeling utterly drained but calm at the same time. The sense of peace was overwhelming and I had no words that could do what I felt justice.  My therapist let me have few minutes of quiet  to myself and then came to back to explain what he had felt during our session.  That certain areas of my chakra were very strong but seemed to be closed off.  Go figure the ones described where ones that I oppress on a day to day basis. I cannot speak my mind at Starbucks, generally even when faced with some the most difficult customer service hurdles. There seems to be a running theme for me, that sometimes saying what it really is that is on my mind can be a good thing.  Working at the Bucks makes speaking your mind almost impossible. That being said, truth seems to lie in the sense of most people not speaking the truth.  Me being one of these people, more often than not. What if though we took more time to speak a little bit more instead of holding it all in.  What if it was more of of each us seeking what it was was that God was calling us to say and us actually saying it.  As my mom says sometimes the truth hurts but without the truth we would never see the light.  With this learning experience came the lesson of learning to be a bit more open. To be prepared to speak of God’s truth and love a bit more often.  Sometimes speaking our mind is what we were called to do all along.  Not to say that we roll along and make people feel terrible but perhaps sometimes it is a good thing to speak one’s mind every once in awhile. . That though we all build up walls to guard our hearts, perhaps it is God that seeks us first and teaches us what true love really is. Without God there is no love. #talesofasiren #bethechange #lovealways Until next week you guys!!!