Welcome to the New Laws for the Decade 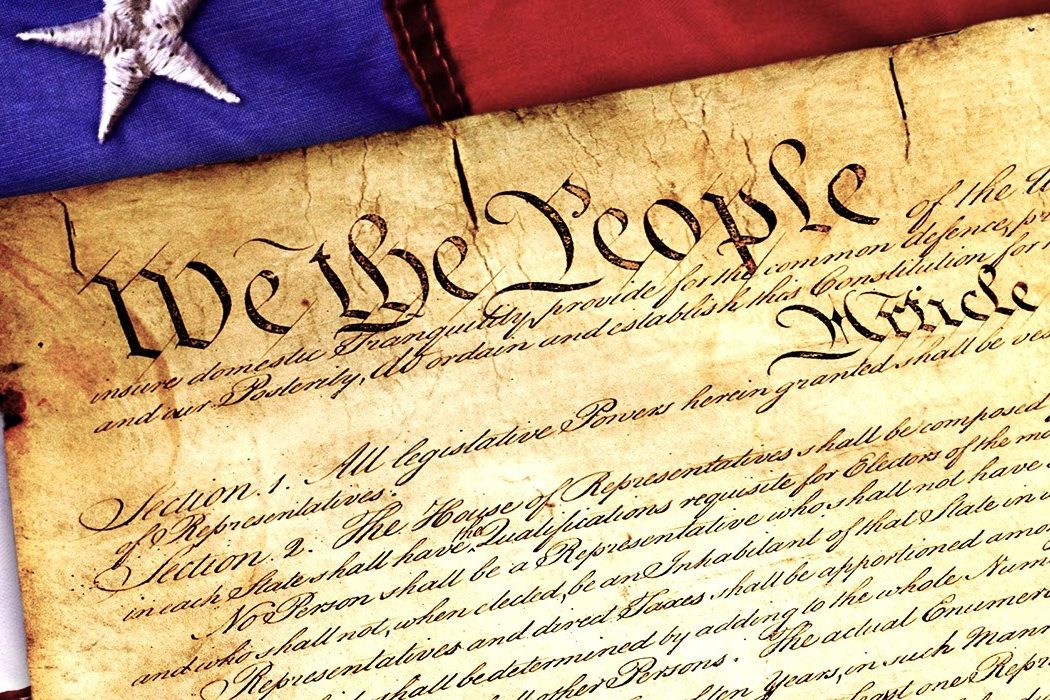 Good Morning and welcome to the scuttlebutt.

Hey, it’s a brand new year, let’s take a look at some of the stuff the old guy handed off to the baby to enact! (in other words, stuff that had passed to become law, effective Jan 1 2020.

California has a new red flag law, as does Colorado, Hawaii, and Nevada (note that this won’t actually be in effect until Sep, because no one knows how to enforce it, or what rights of appeal the victims of this law would have)  This allows teachers, “administrators”, employers or employees to ask a judge to remove firearms from someone legally allowed to have them…

Now the whole Red Flag Law thing is a bunch of bullshit that translates as “Hi, someone said while you weren’t there to defend yourself, that you might someday commit a crime with that thing you legally possess.  Therefore, we’re going to take your possessions from you without redress or consent, and if you resist well that’s proof that they were right… Oh and if you resist we will kill you.

I find it telling that one of the authors says that “There’s too many guns out there, and too little control, especially in the case of the elderly…”  Hopefully, SCOTUS or the 9th circuit breaks this off in their asses before it goes into effect. Didn’t we have a conversation about taking away people’s possessions without their permission a while back?  A little place called Lexington and Concord?

Then there’s this beauty, California also passed an education reform bill that prevents schools from suspending students for “disruptive” or “willfully defiant” behavior in class, stating that the suspended kid doesn’t learn anything.  Well, I agree, the kid you kicked out of class doesn’t learn much during the time that he’s kicked out of class, but it’s not just about him. The rest of the class doesn’t learn anything if the little bastard stays in class. I predict that this is going to make the already nearly worthless California education system even more of a pile of steaming dung, and you will see even more decent teachers exiting the system and the state.

Also in the Criminal Justice (or injustice) arena, NY no longer requires or is allowed to ask for bail for an entire slew of crimes, and further, the Prosecutor is now required to share with the defense attorney (who will, you know, NEVER share it with his client, even if he’s a mob attorney…, and if you believe that…) all the addresses and contact information for any witnesses and or reporting parties… so your anonymous 911 call? yeah, it aint anonymous anymore… Oh, and figuring out who’s the undercover cop will be easy… They interviewed your whole crew, and they’ve given you the contact info on all of them, except one, which is redacted… gosh, guess who the cop is?  Criminal Justice in NY is about to become much more friendly, at least if you’re a criminal.

Multiple states, cities and counties raised their minimum wage… I think I’ve sounded off about minimum wage before, but just in case I haven’t, any minimum wage law is a lie.  The minimum wage is, and always has been the same: ZERO. Make it too hard to hire people at such a wage that you, the business owner can stay in business and make money, and you just don’t hire people.  You go internet only, or you have the work done in China, or you find some other way. Or you go belly up. None of those increase the bottom line of the guy that’s just starting out… What it does do, is ensure that the guy that just broke out of a minimum wage job gets fucked!  He is not going to get a raise just because minimum wage went up to what he’s making now, but the cost of living will go up sure as hell, because “hey, people are making more money, and we have to pass along the cost of that.”

Further experience in the “laws of unintended consequences” comes from the eight states that will start collecting new or increased fees on Electric vehicles.

Let’s take this apart and look at the innards of this beast.  For the last three decades, one of the least complained about ways of increasing funding for the voracious appetite with legs called government, has been to raise the gas tax.  “it’s for the children”, and “don’t you want better roads?” has been the battle cry. Now the fact that the roads haven’t gotten any better, and the education of the children has gone downhill dramatically, well, we’ll just sweep that under the rug, shall we?

The government automatically takes as it’s due, any increase in revenue, and rarely does service improve.  Oh, but let revenue fall, like “$30 dollar license plates” here in my home state of WA, and you would think we were boiling and eating their children!

Well, now let’s look at the second piece of this puzzle.  For the last 20 years, the government, at the federal and state level have been subsidizing the HELL out of Electric vehicles… In point of fact, that’s the only way to make them profitable, and attractive enough to sell.  And the Government has been assuring us that “these subsidies are only temporary until the tech improves enough to make them profitable without the subsidies.”

Here’s a lesson in second-order results:  Subsidize something, you get more of it. Rely on something that is not a part of the thing you subsidize, and you get less of it… surprise! More electric cars (which you’ve been paying people to buy) means less money from gas taxes, which was where you were getting the money to pay people to buy the electric car from! And boy the people that bought electric cars are screaming!  Hey dumbass, where do you think the government got the money to subsidize your Tesla? Understand, government does NOT MAKE ANYTHING. It takes from one, spends on another, and guess what, it’s now your turn to be taken from, how about you think about that before you vote for stupid shit?

And finally, both here in my home county, and in Oregon, California, Connecticut, Delaware, Hawaii, Maine, New York, and Vermont, “single use” plastic bags are now illegal at retail and grocery stores, as well as restaurants.  This is another one of those solutions that doesn’t really have a problem, a “self-eating ice-cream cone” if you will. The plastic bags are supposedly the cause of all the plastic in the sea… Trouble is 96% of the plastic in the sea can be put at the feet of just ten rivers in the world.  Five of them in China, one in Russia, two in India, and the rest in Africa. NOTE that NONE of them are in America. Another 3% can be placed at the feet of commercial fishermen who lose nets and floats, and other plastic generated that way. That leaves ONE PERCENT as all of the rest of the sources put together!

Look, if you could make a good case that the plastic bag law was going to be effective at cleaning up the ocean, I might even support it.  But here’s the telling point: They’re charging the same amount for paper, as they are for plastic, which is 8 cents a bag tax. This is a revenue game, nothing else.

I will bet you that the second order consequences will be health issues, due to people reusing contaminated cloth bags.  Bags that you carried meat home in (which bled onto it), or green grocery items (contaminated with salmonella), and those cultures have had several days to grow, from something minor, to something that will make you sicker than a dog.

OK,  the voters spoke, they asked for this stuff, and they’re going to get it, good and hard.

Until next time, keep your powder dry, you never know when you might need it.