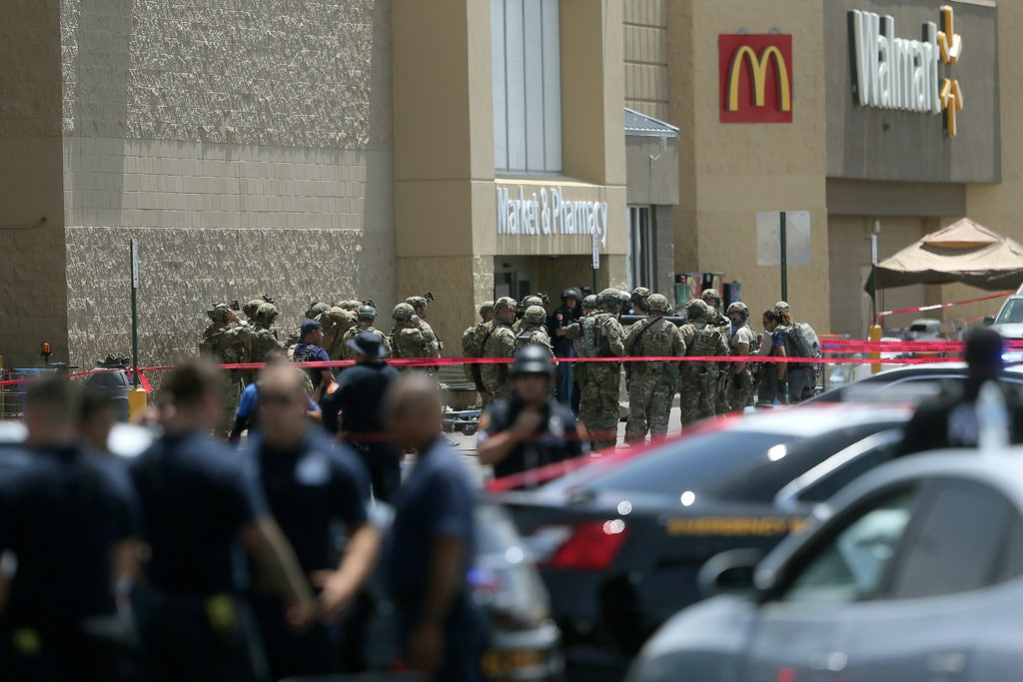 Another week, another pair of assholes.

Of course along with those assholes we have more assholes who immediately started waving a bloody shirt and demanding we all surrender our guns.  Oh, not your hunting weapons, just those evil “military-grade” weapons “just designed to kill”, because “we just want to protect the poor innocent people”, and if you disagree, you’re:

and 4) a domestic white terrorist.

Yeah, I’ve been called all of those things in the last 24 hours because I am not willing to accede to… let’s see:

1) Agree to the complete and total registration of all firearms and every owner,

2) An intensive gun safety course lasting 12 to 14 weeks, with a mental background check before I am allowed to own any firearm (worth noting that the proposer of this, is herself under treatment for mental health issues.)

3) The seizure of all firearms from anyone who refuses to comply, using any force necessary,

4) The passing of “redline” rules which would allow any individual to call the cops, say they think you’re a threat, and without due process, wave your guns goodbye.  If you resist, you’re dead. (it’s already happened on a “redline case”, the victim showed up at the door with a handgun at the low present. They shot him to doll rags.)

I am sure that I’m not going to make any converts here if you read my stuff you probably already agree with me.  That being said, I am still going to go on record:

There is NO safety worth giving up your freedoms for.

There is NO protection worth giving up your liberty for.

There is NO name that you can call me, or argument that you can present that will cause me to accede to the demands of the few, the many, or even the entire fucking world, that I allow the abrogation of the Constitution of the United States or any part of it.

The second amendment is even clearer. The people who had written it had just killed a shitload of their fellow citizens, (remember they considered themselves British until rather late in the war) who had committed all sorts of atrocities, the sorts of things that now days would be winding you up before the Hauge for “crimes against humanity”.

Now back then, much like slavery was more accepted, so were atrocities against your fellow man, but still burning down churches full of women and children after chaining the doors shut (yes that bit really happened) is beyond the pale (so beyond that the officer who did it was nearly court-martialed).  So no, I’m not sliding into relativism here, Lord Cornwallis was so ashamed of the behavior he personally apologized.

The point of this being that the founding fathers viewed an armed population as the one sure final security against tyranny.  They made it clear in the federalist and antifederalist papers that the second amendment was about defending the nation against invaders from without or tyranny from within, not deer hunting.

The third amendment is not really at issue, it’s not been a problem… Ah but the fourth:

That has been a constant battle, between those who want security at any cost, and those who value liberty over security.  It’s funny that the people who have fought the hardest to keep the rights of the people against illegal search and seizure intact are fine with disarmament… I don’t understand that.

The same holds true for amendments 5-8 the fights have been long and vigorous, but if anything, the amendments are stronger than when written.  I’m fairly certain (based on decisions made by signers who then became judges) the stuff we consider “cruel and unusual” today they would have laughed at.  Still, those are worth fighting for just as much as one and two. The day that Trial by Jury, the ability to confront your accuser, and so on becomes a question, it’s worth fighting for.  In point of fact, those redline laws violate the fuck out of the fifth amendment: to whit, the clause “nor be deprived of life, liberty, or property, without due process of law”. The Redline laws take away property without due process (that means a trial or at least a hearing).

And so it goes.  I’ve talked about the tenth amendment before, I’ll not belabor it again, we’re ignoring it, and that’s an issue.  One that is rather a back burner compared to the rest, but an issue none the less.

All of these protections are not granted by government, but rather RECOGNISED by the government as being granted by the divine, however you hold that to be.

These are things worth fighting for and make no mistake, it may come to that.

Of course, we’ve become so feckless as a nation that next week there may be some new thing that attracts our attention, and this will all be forgotten.

“We ask not your counsels or your arms.

Crouch down and lick the hands which feed you.

May your chains set lightly upon you,

and may posterity forget that you were our countrymen”

Being not as eloquent as those two geniuses, and this being a less poetic age, I’ll not try to produce something so dignified.  I’ll simply say: