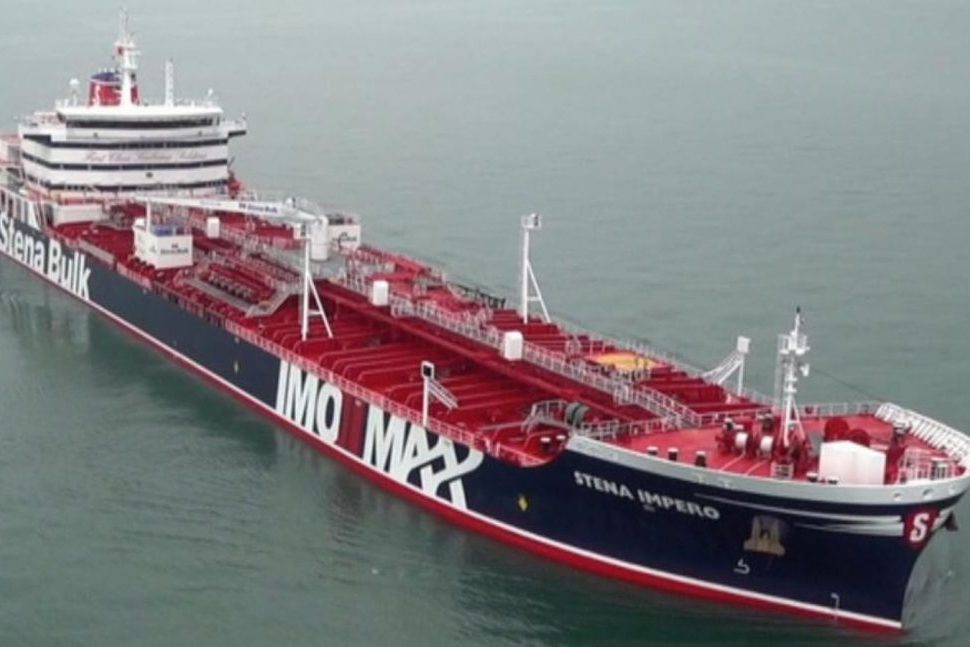 Heh, pull up a bucket, we’re going to be here a bit.

The life of a pundit, especially one with my portfolio (Science fiction geek, science nerd, Navy reporter, and libertarian) is not an easy one, and the last couple of weeks are proof.  Last week I was desperate for a subject, and wasn’t particularly wild about the topic we discussed, though, once I started on the subject, I found the roll. It became one of my more popular posts. (shaking my damn head).

This week, I’ve got too much to talk about.

That said, all the subjects have something in common. Totalitarians, or wannabe totalitarians at least.

First off, and I’m just going to mention this briefly, there’s the domestic variety.

There’s a group of fat little bitches living in mommy’s basements that have decided to do a version of a “denial of service” style attack on science fiction authors.  This group, based on empirical evidence, is trying to “de-platform” (that means, basically, kick off the internet) all of the current conservative and libertarian voices in Science Fiction today.

They started by trying to get Wikipedia to remove Michael Z Williamson’s entry, as being untruthful and that he’s not “famous enough” to have an entry.

Shit.  If I had his sales figures, I could use my royalty checks to light my campfires.  They also got one or more of his accounts on FaceBook banned. (admittedly Mike getting banned from Facebook is also known as “Tuesday”.  His blog is called “The Sacred Cow Slaughterhouse” for a reason. As for untruthful, Uh, I was there for some of that, in meatspace. Yeah, it happened, and the more unlikely the story, the more likely that its an understatement.)

Now based on that, well, maybe it was just someone with an ax to grind against Mike.  Then they started on Tom Kratman (uh, yeah, he’s also a perennial best-seller, and well, just someone I would want to take out from long range, with no warning.  The LtCol. is just NOT a man to toy with. My understanding is that his Officer class called him “Ghangus Kratman” and there’s a good reason for that.) then they went for Sarah Hoyt (Prometheus award winner, Dragon award winner, etc.…) John Ringo (who’s sold more books than most living writers today, except for the next target) and Larry Correia (I’m not sure how many bestsellers he’s got… but more than most authors total bookshelf.)

So, what do all these guys (and a gal) have in common? Well, they’re all SF writers, they’re all perennial bestsellers, whose books are as reliably entertaining as North Korea is reliably a nut job, almost all of them are veterans (Sarah and Larry being the exceptions) and oh, wait, they’re all some form of libertarian/conservative.

Folks, when you are trying to silence and suppress opposition voices, you’re not fighting Nazis, you’re the Nazi.  The folks I’m really appalled by is the fuckers that run the sites, and are allowing this to happen. (note, I said appalled, not surprised.)

Now on to the international front, first, we have the Iranian attack and capture of the MV Stena Imperia.  This was a revenge attack, pure and simple. The Iranians got a ship taken into custody as it transited through Gibraltar waters a week or two ago for smuggling oil to Syria.  The evidence against the ship was so sound that the Hauge bought off on it, and have nodded at keeping the ship in custody for another 30 days…

Well, that pissed the Mullahs off, so they decided to strike back by capturing a brand new (built 2018) tanker of British origin. But here’s the difference, they went into Omani waters to do it!

England has been careful not to call this an act of war (which it bloody well IS).

The reason they’ve not called it an act of war? They can’t do SHIT about it.  They have one DDG and five minesweepers in the Gulf of Arabia. That isn’t even a corporal’s guard.  (in addition, until today, Tuesday as I write this, that worthless twit May was the English PM, and she doesn’t have the balls the Gods gave a drunken mouse.)

Here’s the thing.  England bought into the bullshit EU concept of “cooperative defense”.  On top of the fact that they just can’t afford a military while giving free everything to anyone who makes it onto their island, they also believed Europe’s EU when they told all the member states “you don’t need a military, we’ll all be each other’s military…

Allies are only allies when your interests align.  If your interests diverge, they’re more than happy to throw you off the sled, as a method of slowing down the wolves.

Navies are EXPENSIVE.  The only thing more expensive than a good navy is a shitty navy.  Shitty navies still cost a lot of money, but they can’t actually protect you.  It’s like getting a big dog for your front yard, but then pulling his teeth so that you don’t face a liability suit or have to pay to clean his teeth.

England had a second-rate navy at the time of the Falklands war.  The only reason they won is they had first-rate sailors, and they were facing a third-rate navy.  They no longer have a second-rate navy. They can’t even see second rate from where they sit, sadly.  Now they have a choice.

Release the Iranian ship and beg for their own back. (an incredibly stupid move, the entire middle east has shown again and again that dealing with them as supplicants is a losing proposition.  The only way to deal with any middle eastern country is from a position of strength. Otherwise, you are going to be raped, again and again.)

Beg the EU for help (good luck there!) or

Beg the US for help (a position that May was not about to put herself in, at the cost of her nation if necessary, because she hates Trump, and the US in general. It will be interesting to see how the new PM behaves on this front) If they ask, we’ll probably give them what they need, if for no other reason than “it’s Iran”.

The other option, fight it out alone… Only if you’re willing to use nukes.  Otherwise, England loses that one, and if you think winning a war is expensive, try losing one.

All of this should be a cautionary tale, folks.  Navies aren’t infantry units. You can’t create one out of civilians in 90 days.  A ship takes four to six years to build, and a year to get working well with a trained crew.  You need to have a Navy big enough and bad enough to take care of any threat that is within a 10-year horizon, or you’re gambling with your nation’s sovereignty.

Now let’s look at the last event of this week (as of Tuesday night.)

South Korea says they shot in front of Russian bombers flying over their country, and Chinese bombers working in concert with the Russians.  China says “nothing happened, don’t know what you’re talking about.” Russia says, “we were nowhere near South Korea, and we never saw your shots.”  But wait, Japan says “Uh, YEAH that happened, we got it all on tape and were scrambling our own fighters when Russia’s birds cleared the AO.

There used to be a squadron of bombers that, according to declassified accounts, were run by the NSA, disarmed, and used to run fake attack runs against the USSR over the pole, to see how the Russians would react, and to map their radars, their airbases, and see if we could make them use their “War Reserve” frequencies. (these are radio/radar frequencies that were not supposed to be used so that we couldn’t develop jammers for them) All this is per a book “Inside the Puzzle Palace” the authorized biography of the NSA. I recommend it.   The thing is, we were playing chicken (assuming it really happened, and I’ve got good reasons to believe it did) with WWIII when we did that shit. A squadron of bombers coming across the pole, hell-bent for leather, flying Nape of the Earth? Yeah, do you call it an attack and start the missiles, or do you count it as just another trick? Guess wrong, and the motherland is a glowing cinder.

Well, if you ask me, this is what the Russians and Chinese were pulling on our allies in the far east.  They wanted to get a good picture of how S.K. and Japan would react, and what commonalities/ assistance each might provide the other.  You can’t blame SK and Japan for reacting though, if you don’t, the next one might be real.

People, it’s a dangerous world we live in.  There are a number of foreign entities that would happily destroy us, just for fun and bragging rights.  That ignores the twits inside our own nation, that are what Stalin called “useful idiots”. People that aid our enemies, because they don’t believe they really are our enemies.  This sort of person always ends up as the first group up against the wall, after the glorious revolution.

We can’t afford people like that right now if we ever could.

Stay wary, it’s a dangerous world out there.