Thoughts on the Passing Scene 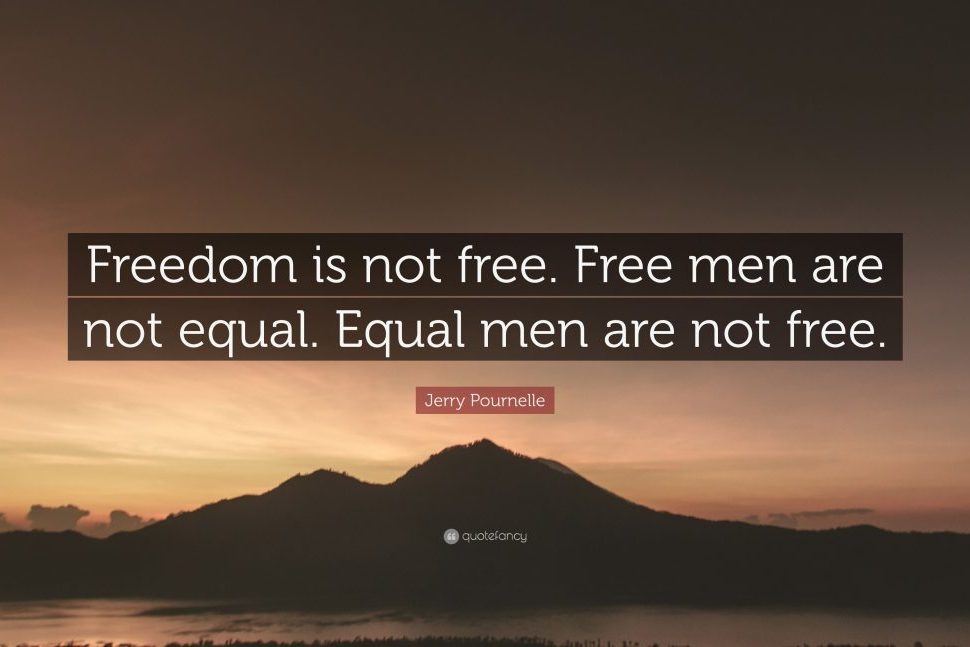 We’re going to wander all over the place today, so pull up a spot of deck and let’s talk.

First, as a S/F nerd, I would be horribly remiss if I didn’t mention the passing of a master.  Doctor Pournelle passed in his sleep on September 8th.  One of the last of the Great masters of his generation, Jerry Pournelle was, along with Doctor Asimov, Robert Heinlein, Arthur C Clarke, Larry Niven, Ursula Le Guin, and Andre Norton, (and I’m sure I’m forgetting one or two) the absolute masters of Science fiction for their generation.  The giants that my generation list as the inspiration for their work. (of those, only Niven and Le Guin now remain.  I had the privilege of setting a panel a few years ago with Ursula.)

Now, I’m not saying that there will never be another like him, though it’s DAMN big shoes to fill.  If you never read his stuff you’re missing a treat. A veteran of the Korean war, when Jerry wrote about combat, it felt right, because he had been there. With a masters degree in psychology, when he wrote about how people think, and react under pressure, it was because his master’s thesis was on that, and when he wrote on politics, well that was his doctorate.

Jerry worked for Democrats and Republicans, for Soldiers and Airmen (he wrote The Strategy of Technology, a text used at the USMA West Point, the USAFA Colorado Springs, The Air War College, and the National War College) For Boeing, Rockwell, and President Reagan.

He was one of the minds behind the development of the so called “Star Wars Initiative” that was a significant part of bringing the Soviet Union to collapse.   I never had the privilege to meet the man, but I’m told by friends that did, he was a gentleman in the classic definition, He treated his subordinates or lesser as his equals, and his peers as his masters.  We may see men like him again, (Ringo, Webber, Drake all come to mind) but we’ll never see any better. We are better for having had him, and lesser for his passing.

On other things… The investigation on the possibility of cyber warfare being behind the Fitz and McCain accidents is ongoing, as are other paths of interest.  We have no answers, but we haven’t stopped looking.

Also on the Navy front, there’s multiple people (the GSA, and congress among others) that have figured out that our Naval shipyards are broken, running on outdated equipment (some of it dating from the 1930s) and with decaying infrastructure. Further, that is why we have a huge backlog in naval ship maintenance, and it’s going to cost a mint to fix the problem, which we must do, because ships need fixing.  Well gosh bright boys, we’ve (the navy) only been telling you this shit for oh, two decades or so!  When I joined the Navy, there were 8 public shipyards.  In the 20 years that I was in, we went from eight to four!  Of those four left, one (Portsmouth) can only take Fast Attack Submarines, due to the size of their dry docks, and the depth of the river.  Guess what, ships that are being told they will have to stay operational for up to 50 years (that’s the latest plan for how long we’re going to keep CVNs running, to keep up the numbers to something that might give us a chance in hell of winning a major war) NEED MAINTENANCE!  You cut the number of shipyards in half, and we’ve dealt with hiring freezes, and an aging workforce that is retiring in droves.  Oh, we’re hiring now, (when we’re not living with a freaking continuing resolution that keeps us from hiring) but here’s the thing: It takes 4-6 years to produce a trained mechanic in any of the many disciplines used by a naval shipyard.  These aren’t skills you can just go pick up from Labor Ready.

That 4-6 year figure assumes we have enough people to train the newbies, which is a questionable assumption.  Engineers will tell you that there’s a thing called an engineering triangle:  Fast, Inexpensive, High quality.  Pick any two.  You physically can’t have all three at once.  Well, here’s the thing. If you put “Highly train new people from scratch to your workforce” into the equation, you still only get to pick TWO.  When you’re talking about Nuclear submarines and Nuclear Aircraft Carriers… well, you can’t NOT have High quality, the alternative is unthinkable.  So, it’s not going to be fast, and it’s not going to be cheap.  Many years ago, there was a commercial, the catchphrase was “you can pay me now, or you can pay me later.”  Our governmental leaders chose to go for the “pay me later” option.  Such things never get cheaper with time.  If we don’t fix it now, it will just get worse and more expensive.

Being enough of a bad ass that no one wants to fight you is expensive!  There are two things even more expensive though.  Winning a war is more expensive than being scary enough to keep the war from starting.  The most expensive option though? LOSING a war.  Once you’ve lost the war, you don’t have to worry about the cost though, because you’re probably dead.  Let’s avoid that option, shall we?

Then there’s the Seattle City council member Kshama Sawant who hasn’t been able to hold down a job for more than a couple of years before being shown to the door, that is, until the Seattle City council.  This unprintable individual has decided during open council meetings that Amazon, ( a company that has yet to show a profit, in no short part because they pay their people very well, and turn the money they make back into the company vice pulling it out in profit) by deciding to open a second major hub equal to the one in Seattle to improve their distribution; is “Stealing 5000 jobs from Seattle” and demanded “to take these behemoths into democratic public ownership, so that they are run not for profit for a few, but in the interests of the majority of working people and of society.”  In short, she wants to nationalize it, and while we’re at it to nationalize Boeing, and Microsoft.  Can we please send this silly bint back to India where she came from?

In addition, as if Seattle didn’t have enough problems, their mayor resigned yesterday as still more accusations of his molestation of young boys hit the news, including his own cousin… DAMN.

If it wasn’t for the fact that I’ve got dear friends on that side of the sound, I would just put the place to the top of the “Dear North Korea, not a hair on your ass to shoot your nuke here” list, in the hopes that we might improve the average intelligence of the nation by a couple full points.  As it is, well, I can only pray that the voters over there have enough of this shit and vote these clowns out of office, or maybe to root for the Sweet Meteor of Death to pay a visit.

Well, that’s all for this week.  Until next week, keep your head up and on a swivel, and watch out for the idiots, because they won’t watch out for you.