Thoughts on a Passing Scene Volume 4 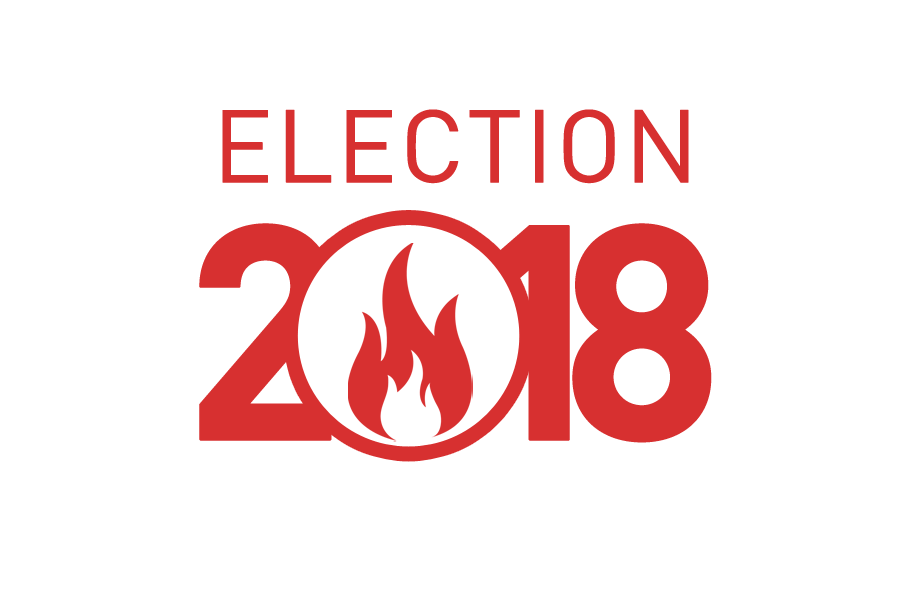 Today’s going to be a bit of a mixed grill, so grab a cup and let’s talk.

I would have people reaching out to ask if there was a pod if I didn’t talk about the election, so OK, here’s what it looks like to me:

Winners; Individual Democrats, mostly those that were “compromise candidates” some of which might just be Dinos (democrats in name only).

The rabid fringe democrats in very left areas (mostly) with Occasional Cortex (Ocasio-Cortez) as the poster-child for that. I say mostly because of the idiot from Georgia, Stacy Abrahams, no matter whether she wants to admit it or not, has lost, as did Beto from Texas, and several other “Great Democratic hopes.”

On the other hand, the hard left won in WA with a victory on I 1639, a gun control measure that is touted as the toughest in the nation… (so tough that it violates HIPAA law, requires relicensing and new taxes for the permission to use your second amendment rights annually, and a bunch of other draconian measures including the creation of a new and undefined crime “hazarding the community” a class C felony.  What’s Hazarding the community you ask? Anything we want it to be citizen. I give this law zero chance of making it through the constitutional test.) But even in WA (or California north, as it’s coming to be) the left didn’t have it all their own way, more on that later.

Also winning big: Republicans in the Senate, this is the first time in recent history (for five presidents worth of recent history) that a midterm election didn’t cost control of both houses, and a massive turn over of power.  Yes, the Democrats hold the house, but that’s not going to hurt the Republican party nearly as much as you might think. For one thing, the Democrats are most likely (they’ve already said as much) going to put Nancy P back holding the gavel.  Nancy is the second most hated woman in politics today (behind Hillary) and making her Speaker will ensure that she has maximum opportunity to piss people off and remind them of how much they hate her and everything she stands for. That will pay dividends in 2020.  The folks in line for chair of various committees include people like Maxine Waters, and Hank Johnson (who famously was afraid that if we put too many Marines on Guam, it would tip over and sink).

The Biggest winner of the night? Trump.

OK, so he lost (barely) control of the house, so? He maintains control of the Senate, which is where Judges and other appointments come through, and he got rid of most of the “Never Trump” Republicans at the same time.  That’s going to allow him to move forward on a lot of fronts. He also has a ready-made whipping boy, in Nancy, so when he can’t get something to pass, it’s all on her. Then there’s the fact that due to the hard left that won on the coasts, they’re going to continue to investigate, and charge, and generally look like a whining two-year-old, trying to find something to impeach Trump on.  All of which is worthless because the Senate will never convict, but it makes Trump’s supporters even more dedicated.

In short, the left goes further left, the right continues to stand, and more and more of the middle look at the left and thinks “you’re fucking nuts!”

The governor of WA, Jay Inslee, who’s big pet project I 1631, the carbon tax initiative, went down in flames. He also had to eat the fact that the initiative against local Grocery taxes passed, nixing yet another social engineering project of his. That may just put the lid on his national political prospects.

The Democratic party.  They predicted this Big Blue Wave of repudiation of all things Trump.  After their predictions, anything less than a slaughter at the polls is a loss.  There was no slaughter. Plus, they have just enough people in charge to make them the bad guys when nothing gets done, and they got just enough encouragement to continue to go the way they’ve been going.  See, a massive loss for them in the elections would have, in the very long term, been a good thing because it would have caused a retrenchment and reevaluation of their directions. What they got instead, was enough success to avoid recrimination, without enough to give them genuine power.  So, they’re going to keep it up, with business as they’ve been doing it for 20 years… and as a result, will lose again in 2020.

The Never Trumpers and the RINOs in the Republican party. Trump now owns the party.  As witness of this, he just told A.G. Sessions to pack his bags. This is something he’s wanted to do for a year, based on insider reports.  What kept him from it was lack of support within his own party. Obviously, that’s not a thing anymore.

Now before I leave, I need to mention an article ran on election day.  This was from Lindsay Schnell, a USA Today stringer, who did a piece on teachers running for office.  The slant was very noticeable, (not unusual anymore sadly. Now yes, my stuff has a slant, but then I am not a reporter.  This is the home of OPED. I make no bones that this is opinion, and never try to indicate that it’s news) anyway, Lindsay goes on and on at length about how educators (I guess “teacher” isn’t good enough anymore) are running in higher numbers for public office, and how this will bring “Truth, Facts, and Science” back into the national decision-making process.  Implying not so subtly, that none of that is there now. But the thing about this article that really told the tail, was a classic “bury the lede” moment.

The last paragraph: “Americans have always looked to Schools to fix social problems,” Scribner said, “so teachers are in a unique position to win because people care about schools.”

Uh, there’s the problem with your point of view ma’am.  It’s not the JOB of Schools to “fix social problems”, it never has been, and the only people who think it is, are those that think schools are propaganda factories designed to make good little socialists out of rebellious, questioning, free Americans.

Get this straight Scribner, Schools are meant to teach students how to think, how to learn and give them the tools to succeed in future endeavors.  That means, math, trig, etc… Reading, writing, rhetoric, and the rest of the language skills… History, social studies, how our government works, and the sciences.  Not indoctrination, not social engineering, not “what to think”, but how to learn. From the sounds of things, you’ve failed at that. I don’t want you as a government leader when you can’t do the job you were originally trained for.

As I went to bed last night, I had an epiphany. So I’m going to tack it onto the end here.  The left is constantly hounding us for “free college”, and the further left on the scale, the louder the braying. (if I might mix a metaphor)

I finally figured out why.  Let’s look at that paragraph mentioned above.  The left believes that school is supposed to “fix social problems”, yet, after 12 years worth of propagandizing, some people still refuse to be good little socialists. (as witnessed by election results).  Well, of course, it can’t be because socialism is bad, and has failed everywhere it’s tried and has caused untold misery and death, oh no. It must be because we just didn’t get to harp at them about it long enough… so give us four more years, and we’ll get it right, this time, I promise.  It’s like the spousal abuser who wants one more chance, and they’ll be good this time.