Thoughts From a Turkey Blind 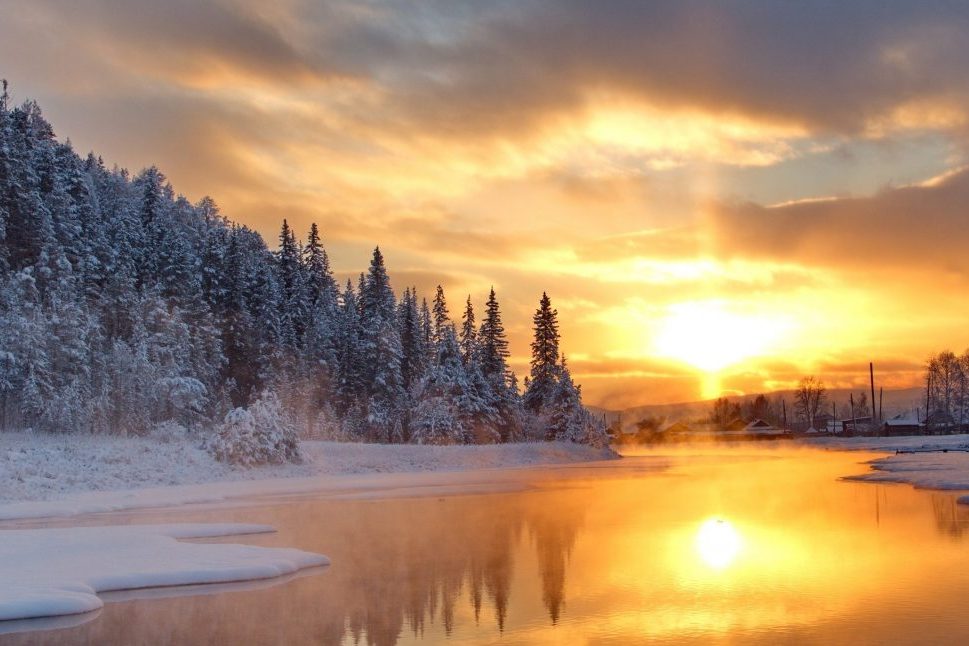 Welcome back to the Scuttlebutt.
Pour yourself something, and let’s talk. As I write this, I’ve been home about 48 hours since being out in the woods for a week plus, hunting.

Boy, I tell ya, coming back was hard. Where I was, the internet was iffy at best, and besides, we were out there to get away from all the BS, not to bring it with us, so we mostly stayed off the web, phone, news, etc.… I knew it was going to be a shitshow when we got back, and sadly, I wasn’t disappointed. (as in two days just to clear the backlog of Emails at work demanding, requesting, informing, or otherwise needing me, and only me, to deal with something that usually could be dealt with by my staff, or didn’t need to be dealt with at all.)

That doesn’t even begin to address the election, which, while I write this is still anyone’s game, and the accusations, questions, and counter-accusations are flying fast and furious.  There’s a whole lot about the stuff that’s happened so far that raises my eyebrows and makes me question what’s going on.  Voter turnouts in states of over 90%, massive gains in the middle of the night by one candidate, one set of numbers reported by the media while an entirely different set of numbers is reported by the State’s Sec. State… (looking at you Michigan).  I really have to question the data I was seeing.  Note, WAS seeing.  We just had a windstorm blow through, and it took down the phone, power, and cable, and with it my internet.  So, I’m basically back in the woods, but in a bigger camp.  Oh, I could get one of my phones, and try to get data that way, but honestly, all it’s going to do at this point is to raise my blood pressure to no avail.  Nothing on this is going to shake out for days, maybe weeks at this point.

Unlike when Nixon gave JFK the election rather than taking it to court when he had the Chicago machine dead to rights, this is going to go to court, there will be trials, suits, and hearings. Trump isn’t Nixon, Nixon was a machine politician just as Kennedy was, and he knew that if the shit flew, some was going to splatter on him… Trump doesn’t care, he hasn’t been a politician long enough to have any of the political skeletons that a court case like this would bring to light.  SO, it’s going to get interesting, for the Chinese definition.

Right now, I would rather stay just a little underinformed, and reflect on a more peaceful time… Last week.

We went over to Idaho, where an old friend of mine has relocated and is trying to talk us into relocating as well.  I have to admit, there’s a lot to be said for it.  OK, there’s no ocean, but there is a DAMN big lake, big enough to sail a decent boat on.  There’s also a peace that doesn’t exist here in WA any longer.  The only masks I saw were on folks that felt themselves at risk, and everyone stayed courteously at a distance from such folks.

If you stepped in front of someone accidentally, you both apologized. People call each other “Sir” and “Ma’am”. My hunting buddy and I walked up to farmers’ houses, and politely asked them if we could hunt their fields… All but one said yes and even gave advice, on where the turkeys might be.  See we got there too late to get an out of state deer tag, but turkey tags were available, so what started as a deer hunt became a turkey hunt.  Damn shame too, I could have filled my deer tag any day we were out.  But, in consolation we did fill all our bird tags, so we still came home with lots of meat, it’s a three-turkey bag limit in ID, and we limited out.

There’s a feeling of peace and calm in the woods before dawn hits.  It’s late autumn in ID, so the noisier birds are already gone, and the only sound is the big rigs and pickups going by in the distance, and a deer with a very poor sense of self-preservation grazing about thirty feet from you.  We got out in the woods earlier than we should have, long enough before dawn that my legs went to sleep a couple of times, and the shifting to get feeling back in them was the loudest sound we could hear at that second until one of the local cows lowed in the stillness and a rooster started his pre-dawn warmups.

In the country, prior to dawn, you can see semi-well, if you’re night-adapted, and after about a half-hour I was.  But there’s no color to the world, it’s all shades of grey.  A scientist will tell you that it’s a function of the rods in your eyes, which are far more sensitive, but have no color, as opposed to the cones… As a writer I prefer to describe it:

About a half-hour to an hour before dawn you start to see color in a band to the east, but everything around you is just shades of grey… Then, before true dawn you hit nautical twilight and colors start to appear. From second to second in a faint but perceptible flow.  As if the Gods were slowly removing veils from your eyes, the colors come to life, first the greens and blues, then the yellows and reds, becoming more vibrant from moment to moment.  Just at dawn, the colors are at their brightest.  It’s a beautiful sight, and I pity anyone who can’t appreciate it.  It really is my favorite time of day, as the world comes to life.

In the spring and summer, you also get the predawn chorus as all of the songbirds wake and tell each other “HEY, I’m ALIVE!” and “Yeah, ME TOO!”

The late fall and winter bring with them different noises as the sun comes up. The crack and creak of ice melting and shifting, the CRACK, rattle-rattle of a pair of bucks fighting over who gets to cover the harem. The turkeys start calling, the cattle raise a ruckus to remind the rancher that it’s feeding time.  Occasionally a hawk or eagle will screech out a hunting call, and the ravens respond with raucous noise.

If it’s cloudy, or threatening rain, that first half-hour will be the brightest piece of the whole day, as the atmosphere focuses the light and the sun is still shining below the cloud bank.

Then you feel your butt vibrate, it’s your cell, and the owner of the farm is calling: “I don’t know where you boys are set up, but the flock is right behind the house on the hillside.”

“Well thank you, ma’am, we’ll just move over that way in a moment. We’re just around the point of trees.”  Then the movement to contact, trying to get as close as possible before you’re spotted, in hopes of being able to pick your target instead of taking what you can get.  If you can get in range, lining up on a bird that gives you a good shot, and touching the trigger.

You almost never realize you’ve cycled the action after you shoot, it’s automatic.  And you never feel the recoil.  I was using 3 ½ inch triple brass 12ga, and I know that on the range they pack a punch.  Like if you get the shotgun up out of the pocket it’ll screw you into the ground type punch.  In the field, there is no recoil.

The satisfaction of knowing you got it right when the bird rolls down the hill after the shot, not so much as twitching.  It’s never my intent to make the animal feel pain, I want it to drop never having realized it’s dead.  Hunting is not meant to make an animal suffer, but to give your family food, in the most real way possible.  Oh yes, I can go buy a turkey.  But first, they’re mostly white meat, where wilds are all dark meat, second hiring someone to kill my food has no moral advantage over feeding one’s self… In fact, I hold that it’s moral cowardice to never have killed your own meat.  If you eat meat, you should, at least once, face what that decision means.  Not because of any fluffy bunny; we shouldn’t kill animals type stuff, but just to have respect and gratitude for the animal.

While we are not oblate carnivores, like cats, keeping healthy without meat is very difficult to do, and without modern medicines and supplements, nearly impossible.  Besides, I LIKE meat. But I have an appropriate respect for the critters I harvest, and I don’t kill what I won’t eat unless it’s destroying my property or threatening someone’s life or property.

That, sadly, brings us back to politics.  I’m seeing a lot of invective from both sides.  I’m not sure at this point, that we can escape a civil war, at some level, whether it be as dispersed as “the troubles” in Northern Ireland, or as in your face as Bosnia, it’s going to be difficult to keep from happening.  If it’s to be avoided, it will be up to the winner of this election to realize that there are nearly as many people (a small enough difference as to represent a rounding error) that hate him, as there are that like him, and to govern with some grace. I don’t see that out of either camp, sadly.

If there was chicanery in this election, and I think it’s quite possible that there was, it needs to be called out and fixed.  The body politic must be made whole, or it will be torn asunder. If there wasn’t then it needs to be proved beyond a shadow of a doubt. Whichever side prevails must walk gently, and not push the limits, or we’re facing some dark days.

That’s another thing about hunting, not only does it keep you in meat, and give you a respect for the animal whose life you must take to eat, it keeps your skills, if you have them, honed and teaches them if you don’t have them yet.  If you can take a turkey, you can take a sentry.  If you can drop a deer at 400 meters, you can drop a man at that range, and if you can get a deer within ten meters without noticing you… well, you get the picture.  These used to be skills I only needed in uniform and during hunting season.  Most of my uniforms don’t fit anymore, I’ve gotten older, and fatter. I don’t want to have to put them back on.  Let us all pray for wisdom from our leaders so us old vets don’t have to. For here is truth:

Go forth and do likewise.