The Supremes for Good and Ill 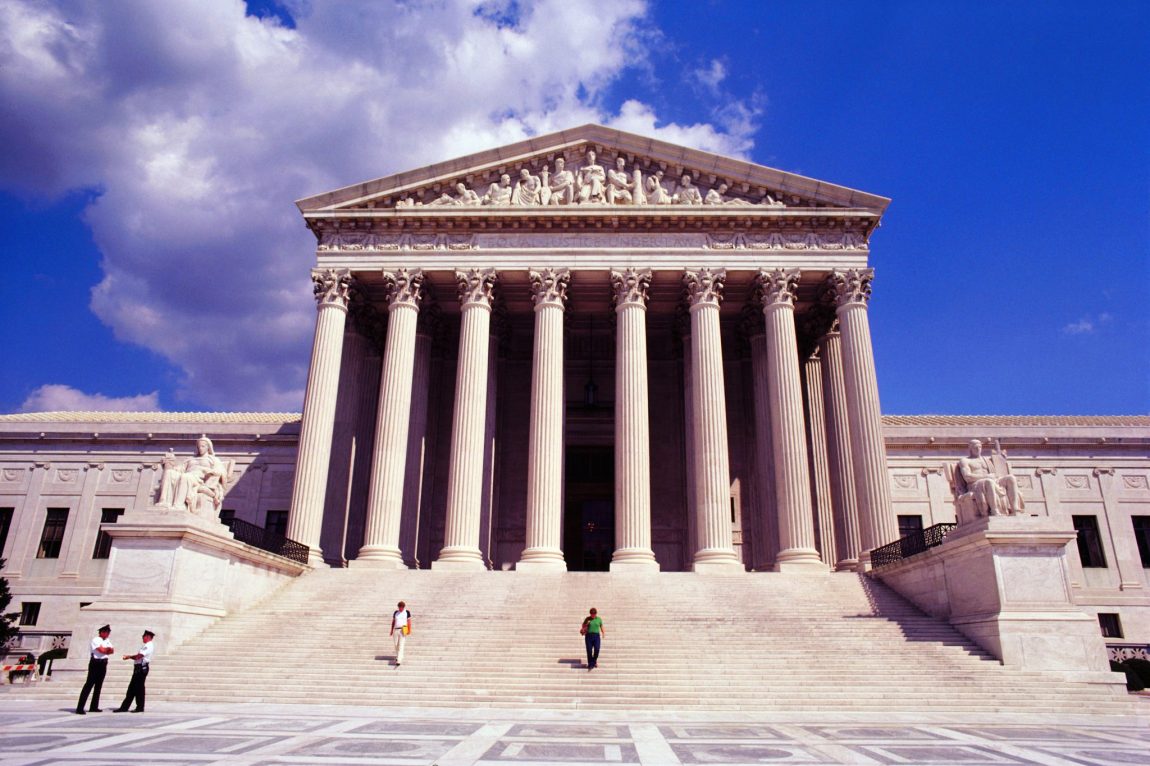 Well, the folks with the black robes are in the news again. As I am a fairly intent (for a non lawyer) watcher of the SCOTUS, and their decisions, I feel the need to talk about it.  Especially the first decision Caniglia V Strom ET AL. here’s the link in case you want to read it yourself, and you should. https://www.supremecourt.gov/opinions/20pdf/20-157_8mjp.pdf?fbclid=IwAR3qqsDrYYiqjIQVNohI_QKnSmqrcils9x3ymrP0GSxpSQ57AH2tQ4uEH80

“Why should you read it yourself you ask? Yeah, you in the slacker T shirt. Stand up man.”

Well, as I’ve said repeatedly over the last however many years I’ve been doing this gig, when it matters, when it REALLY matters, you should NEVER take anyone’s word for what the law says, for what happened, for what it means.  GO TO THE SOURCE.  Look I try to give it the straight gouge, and where it’s opinion, I try to tell you it’s opinion. BUT I have a spin, a perception, a filter that I look at things through.  The difference between me and Oh say Rachael MadCow, is I’m honest about it.  I’m going to tell you straight up, this is going to be my opinion of what happened and what it means.  But for the love of GODS man, think for yourself.  Read my opinion, read the data, read other people’s opinion, and form an educated decision.

So, let’s get to the case.  This is a case where the decision was UNANIMOUS. That seldom happens. Unanimous decisions, especially in this day and age are rarer than honest politicians.  That should tell you something. Now the basic finding everyone agrees on.  The cops, the City, the State, the District court, and the First Circuit Court of appeals stepped on their dicks with golf shoes.

Plaintiff got in an argument with his wife, went into the bedroom, got his pistol, unloaded it, put it on the dining room table and said “why don’t you just shoot me now and get it over with.”

She of course declined or this would be a very different case.

So, she goes off to the hotel for the night, in the morning she calls, but he doesn’t answer, so she calls the cops thinking he may have offed himself.  Here’s where the fun starts.  She and the cops head to the house, he’s on the front porch, says he’s not suicidal, the cops don’t believe him, and decide “ok, you need to go for an evaluation, or we’re going to take your guns!”  (how taking a guy’s guns is going to keep him from suicide in todays world is another question, but we’ll just mention that stupid idea and move on.)  They (the cops) promise “we won’t take your guns, if you’ll consent to an evaluation.” Then as soon as he was taken to the mental health boys for an evaluation, the cops went in and took his guns, claiming they had the wife’s permission (she calls bullshit.)

Well, these are Rhode Island cops, so I’m not at all surprised here.  Nearly as bad as NYCPD.  The plaintiff gets a clean bill of health, comes home and finds they went into his house and took his guns.  So, he says “give em back!”  Cops say “not a chance!”  District court says “Nope, the cops got guns off the street, community caretaking rules, suck it boy.

OK that’s not quite what they said, but it might as well be. They sighted “community caretaking rules” written for cars on a public highway, as an excuse to allow the police to take shit out of a guy’s house, without his permission, or a warrant.  They talked about “exigent circumstances” (here’s a hint, Exigent Circumstances only comes in if you have reason to believe someone is in danger RIGHT NOW, and can’t wait the 15 minutes it takes to get a telephonic search warrant.)  First circuit doubles down on this bullshit, and states that they don’t need to consider “consent” because “someone was in danger!”  Let’s review for a half second the fact that the person the cops claimed was in danger was currently in an ambulance on the way to the guys with the butterfly nets and the white suits.  First circuit called this “sound police procedure.”

The nine old men and women, with one voice said “BULLSHIT.  You put a lot of words in our mouth we never said, you invented powers we never created, you violated the FUCK out of this guy’s fourth amendment rights, and at the same time stepped all over his second amendment rights.  Bailiff, WHACK THEIR PEE-PEE!”

But wait, THERE’S MORE!  Various judges felt the need to weigh in with “concurring opinions” (that’s SCOTUS for “YES, AND…) justices Alito, and Kavanaugh specifically seem to be inviting someone to bring a red flag law before the court.  For those of you that have been asleep, red flag laws say that if someone (who varies from state to state) says “I think this guy is going to do something, and he’s got GUNS!” The judge has a right to tell the cops to “hie thee hence and take that varlet’s weapons, for the good of the state!”

In short, it’s Thought Crime.  I think that you are thinking about committing a crime, whether against yourself, or another, so I am going to have the state deprive you of your property without recompense or a say in the matter, oh and if you can PROVE that you’re not going to commit a crime, maybe you can have them back (if we feel like it, and haven’t already destroyed them, sold them, stolen them, or allowed them to become blocks of rust.)  Bravo! If ever there was a basic violation of fourth amendment rights, this is it.  Precrime paging John Anderton, Commissioner Anderton report for arrest.  Yeah, how about NO.

Now the next piece is a little less cut and dried in my book.  But on the other hand, it’s NOT a decision.  It’s a whole bunch of people losing their fucking mind because they are just absolutely positive that they know what’s going to happen, before it does (and we’re back to Precrime.)

See the justices have consented to hear Dobbs V Jackson Women’s Health Organization.  The case involves whether a Mississippi law that bans abortion after 15 weeks is legal or not.  Well, the left is very convinced, and loudly so, that “this is the END of Roe v Wade, and oh my gods we’re going back to the stone age, and coat hanger abortions!”  Contrariwise, the right is also convinced that this is the end of  RvW, and that’s a good thing!

Now, me, I see it as strictly and solely a case where the judges want to hear the arguments.  I am not convinced that they have already decided the case, as both ends of the spectrum believe, and I hope I am right.

I don’t know where the line should be drawn.

I know that I personally don’t have a problem with oh say a 6 week fetus being aborted, sorry, but at that stage that’s not what I recognize as a human.  I know that I personally have a HUGE issue with Partial Birth abortions (yes they DO happen, and yes, it’s murder, and yes I would like to see everyone involved tried for Murder in the first, and shot.)  So, where do I draw the line?  Well that’s the thing, I don’t know enough.  So, I would listen to the experts.  (and NO, the bible is not an expert, neither is the pope, your preacher, your rabbi, or any other religious authority)  I don’t think it’s unreasonable for the justices to do the same.

Finally, just a small nod to the guys that have started a recall petition on my Governor, Jay Inslee, and a cheerful raspberry to the idiot columnist Danny Westneat, from the Seattle Times https://www.seattletimes.com/seattle-news/politics/now-an-inslee-recall-some-people-just-cant-quit-the-last-election/ who is firmly of the belief that the reason for the recall is people believe the election was a sham.  Well, yeah, it kind of was, but that’s not why they’re recalling the bastard.  They’re recalling him for abuse of his position after being reelected.  For running the state as his own private fiefdom without even bothering to listen to his OWN side’s opinion, and keeping the “state of emergency powers” for over a year now, deciding that “because COVID we don’t need to follow the Open Meetings act law.” Well, the WA Supreme Court will get to decide whether the petition can go forward, and based on their predilection to go somewhere to the left of Bernie Sanders, the petition is probably DOA, but you never know, they let the charges and the recall of Kissa my twant go forward (she’s the communist party Seattle City Councilwoman that is being recalled for using the city’s money to push a private political campaign.)

As always, watch your six, it’s crazy out there.