The Soft Prejudice of Reduced Expectations 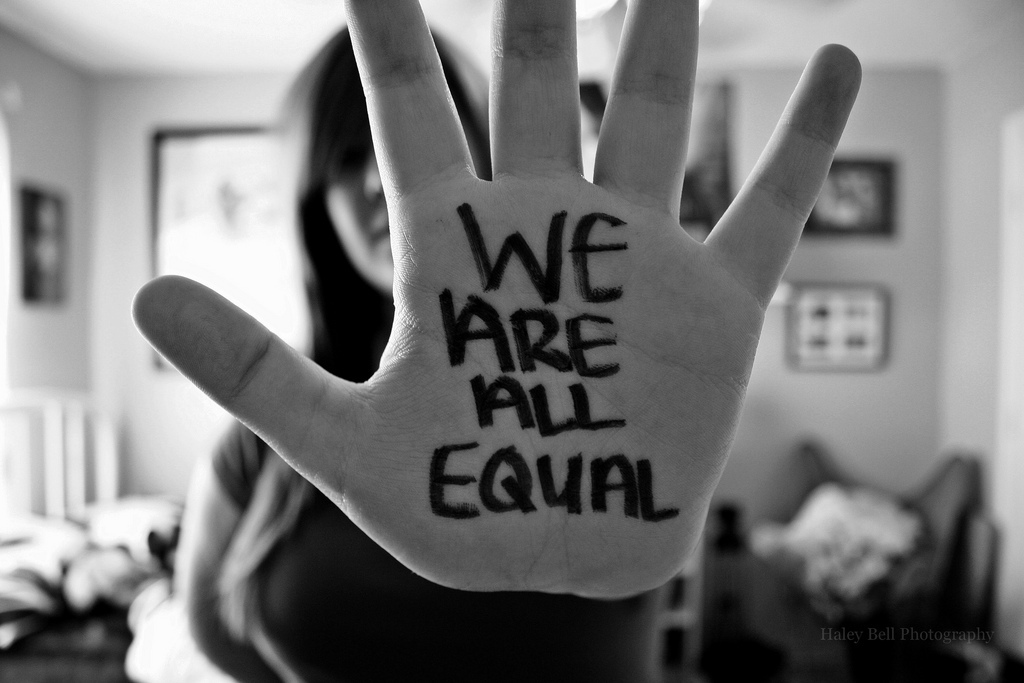 Today we’re going to discuss racism and sexism, and all those other isms… But here’s the thing, half the folks that rail against those isms are themselves guilty as fuck of the very thing they rail against.  I’m going to use two prime examples that have crossed my line of sight recently.

First there’s the Hugo awards.  Hey, you know I’m a nerd, a Science Fiction fan, and author, and there was a time when the Hugo’s were the pinnacle of that profession.  Sadly, that ship sailed about twenty to thirty years ago. Back in the golden age, people like Asimov, Andre Norton, Heinlein, and CJ Cherryh won those awards, and won them on merit. Then the left achieved critical mass in the publishing community and it all changed.

It was once about an intriguing tale entertainingly told.  Now it’s got to pass through a litmus test for “wrong think” and worse.  There was a campaign a few years ago, and yes I was a very minor player in it, to try to bring the Hugo’s back from their slow decline into death.  That was going to involve some major surgery and heroic efforts but a lot of very good authors of both sexes gave it a shot.

Unfortunately, the heirs of the estate refused to allow that surgery for religious reasons, and in fact, changed the laws to ensure that we were excluded from playing on “their” ball field.   In the aftermath, the attendance for the “world con” where the award is given has continued to plummet, and the award has continued to lose credence.

Oh, they say, but we have a DIVERSE set of authors! Well, what they have is a slate of authors that all write the same sort of thing, and all have something else in common.  In order to be considered for the last two years’ worth of awards it’s apparent that you must be, or identify as female. In order to win, you better have at least two victim cards to play, (female and black or female and gay, or…)  Now pardon me, but based on the sales figures, it’s statistically impossible that every good S/F writer, every good editor, every good S/F artist… is female and either gay, or some minority… And yet, that seems to be the only thing that wins.  Some of the gang leaders have gone so far as to flaunt it: “Make a pledge, this year don’t read anything written by a man, or by a white.” Because we want to ensure that there’s no discrimination. Wait, what???

See here’s the thing, if I have to put guards figuratively at the door, to ensure that men can’t enter the contest… That my friends, is the soul of “The Prejudice of Reduced Expectations.”

That implies that “don’t worry little girl, I’ll keep the men out of the contest, so you have a chance.”  What a pile of crap.

When you exclude one sex or a political perspective, you weaken the breed.  This particular breed has been weakened to the point that the first good cold will kill it.  At this point, best it just dies and makes way for the Dragon Awards, which are everything that the Hugo’s once were.

Then we’ve got Sen. Booker, who’s proposing a study and the funding of “Reparations” for slavery.

Further, when you start tracking down the genomes, you find that virtually everyone living in America today who’s family has been here for more than three generations, is a mutt.  Nearly every black man or woman who meets that three generation criteria (and if they haven’t been here for three generations, then their family got here LONG after slavery was abolished, so why would they be entitled to reparations?) has some white blood. Likewise, every white individual with that same criteria has some black blood.

I don’t want to hear about “No! I can trace my parents back and we’re pure Boston Brahmans from the Mayflower compact!”  Horse Shit! What you have is what was said, when having a kid outside wedlock or while married to someone other than the sperm donor could get people LINCHED.  So, Grandma LIED. To cover the shame, GG turned a blind eye to the fact that Grandma’s first kid came seven months after the wedding, and weighed ten pounds. (ten-pound preemie? Ain’t happening)

So, with that sort of interbreeding, (which is a good thing, frankly) How exactly do you figure out who owes who what? Seriously! How does this work? Are we going to go to the south’s antebellum definition of “one drop of blood is enough”? (if so, the likelihood is no one is paying, we’re all on the receiving end, so it’s a wash) Do we go to the New Orleans bit, where we develop names for each partition down to 1/32nd, and divvy up the money based on that?

This is another case of “The Prejudice of Reduced Expectations.”  Which is especially ironic given that the man pushing it is black.  This is “don’t worry my brother, I know the man been keepin’ you down.  I’m going to take some of his money from him and give it to you as free government cheese.”  (let me help you translate that: If you vote for me, I’ll get you free stuff, and take it away from the people that have succeeded, just as long as you keep voting for me.)

Now note again, this is a black Senator, that says “the man been keeping you down.”  If there’s anyone who is more of “THE MAN” than a Senator who’s also been the Mayor of one of the biggest cities in his home state, who went to Yale, Stanford, and Oxford…(well, OK maybe the President, but that’s about it.)  This dude is a member of one of the most exclusive and powerful groups on earth. There’s only one hundred of them. He could be saying, “look, I made it, you can too, let me show you how.” Instead of “let me give you free shit because you can’t make it without me doing that.”

Here’s the bottom line as I see it.  As it was on the boats, as it was when I wore a blue “please shoot at me” suit, I don’t care if you’re black, white, red, yellow or fucking green.  I don’t care if you are male, female, hermaphroditic, like guys, like gals, like both, or like neither! I care about one thing: Can you do the JOB. And I neither want special treatment nor do I think anyone else should get it.

I’ll happily give you a hand up, and have done so on numerous occasions, including taking people into my house that would otherwise be on the street. If I can, I’ll help you get on your feet.

I am not your mother or father, and I won’t take care of you if you won’t work for yourself, and I am not going to give you special privileges because of a genetic difference, or different plumbing.

I promise there’s an agenda there, and it’s not yours.  Until next time, I am