The Reasons for the Seasons 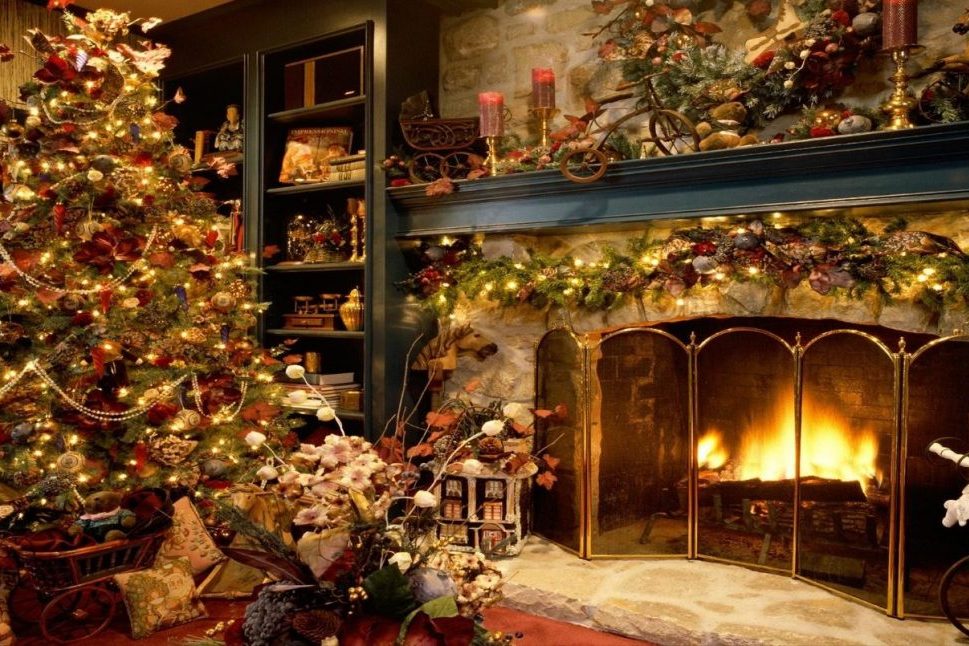 Welcome back to the scuttlebutt, pour a cuppa eggnog and let’s chat.

Why, do you ask, did I say Holidays, vice Christmas?  Well, it’s like this. Most of the religions of the world have a celebration this time of year, (give or take a couple weeks), and most of them have similar messages and origins.

Whether it’s Christmas, Hanukkah, Yule, Saturnalia, Bodhi Day, Yalda, Koliada, Dongzhi Festival, Id-ul-Fitr, or probably dozens I’m not aware of, somewhere around the end of December you have a holiday.  This is nothing like coincidence. Modern civilization has its roots in the northern hemisphere.  Yes, you in the back with the skinny jeans and the wanna-be lumberjack beard?  What’s that?

“But there were significant civilizations from the southern hemisphere too!”  you say?

OK Hipster boy, name one, that still has influence in the world today.  Zulu?  Don’t make me laugh, they were stupid enough to take on Martini rifles and artillery with bronze age spears and hide shields.  They created nothing that endures to this day, except in the minds of a bunch of people that themselves contribute nothing to society.  Aztec, Toltec etc? Yeah, we have to search like hell just to figure out what they believed, they left some magnificent monuments built with slave labor, to sacrifice living captives to their gods.  Nothing that affects civilization as we know it.

So, back to the point. In the northern hemisphere, this is the low point of the year.  Harvest was back in September or October, storms started hitting in late October or so, you’ve been stuck inside, with the kids, and quite possibly the animals you saved as breeding stock for at least two months. The light is going, we’re in the shortest days of the year. With that comes the lack of vitamin D which also affects health and morale.  Odds are you’re going on short rations. Survival is starting to be in question, if it was a hard year.

How we survived these years, was community. It was getting together and pooling resources, going together as a group that allowed people and civilizations to survive these times.  Therein lies the origin of the holidays.  Shortly, people started noting that after these days the sun seemed to stay up longer, things started to get warmer, most of the northern hemisphere gets some sort of thaw in February, plants start to grow under the snow, and life starts to return to the world. Hope returns.

Note that I’m not getting into the religious or metaphysical aspects.  Your belief or lack of belief in any form of divine is irrelevant to the history of winter holidays.  What’s that you say?  You over in the corner? Stand up, quit waving that bible at me for a moment, and speak coherently.

“Christ is the reason for the season!” you say?

Well darlin, I don’t follow your religion, but I’m fairly well educated on it, and there are a lot of things to admire about it. However, there are a few things that have gotten confused or distorted over the years, so let’s look at things:

An absolutely huge deal is made of the story that Jesus Ben Joseph, called by some, “the Christ” was born in a manger because there was no room in the inn.  This is used to vilify the innkeeper, and as a stick to beat anyone who doesn’t do what the beating person wants them to do, by comparing the recipient to the hard-hearted bastard who turned away the man and woman obviously about to give birth.

Why was there no room at the inn?  Because Rome, who ran the area, had ordered a census. To respond to the Roman Census, (which happened every five years) you had to return to your home.  In the case of Joseph, that means Bethlehem.  So, there’s a shitload of people traveling, to get to their home of record, so that they can report in.  Should the innkeeper have thrown a customer that had already arrived and paid, out to the manger, so that this family can have their space?  After all, he didn’t know who this guy was, just another customer.  Putting them up in the manger was the best he could do for them.

But let’s look a little further, because there’s more… The shepherds, we are told, and all the writings agree, were tending their herds by night.  Now that’s not something that shepherds do all year long.  They only do it at lambing time, because that’s when the sheep are most likely to need help in the night.  The rest of the time, they keep the dogs out with the sheep, but they go to bed.  When is lambing time? In the SPRING.  Oh, and When is the Roman census? March. (There’s a lot of confusion due to the changes in the calendar over the years, and the mass conversion to the “modern” solar based calendar from the old lunar based system, as well as the addition of months by Julius and Augustus, but the consensus of historians is that the census took place on the first of the year, which was the vernal equinox in the old roman calendar.

So, Joseph, his wife and child to be, are traveling to his home to answer the census, while the shepherds are guarding their flocks by night… solidly spring, lambing season, and the time of the census.  Yet we celebrate his birth in December…  He ain’t the reason for the season.  They moved his birthdate to make it match the celebrations already existent, thus making his religion more palatable to the pagans they were trying to convert.

This doesn’t make Christianity bad, it just identifies that there were already celebrations, and the giving of gifts, the gathering of people together, long before that kid is reported to have been born.  (it’s also worth noting, the Christian faith can’t even agree on what day to celebrate the birth.  Christians here in the US mostly do December 25.  But Russian orthodox and Greek orthodox do it January 6 or 7, respectively.)

And so, we come, roundabout, to the original point.  The reason for the season, no matter what you call it, is the gathering together of people, your community, your “tribe” if you will.  The celebration, that, in spite of what the universe can throw at us, we’re still alive, and we’ve made it through the worst of it for the year.  Spring is ahead, and we’re going to make it if we can just keep our chins up a little longer.

“I have things that you need, let me give them to you, that you too can make it through.”

“Oh, you have things I’m needing and you will gift those things to me? Well, damn, that’s awesome of you.  We’ll need each other in the days to come, and it’s great to have us all together.  Yes, you’ve gotten on my nerves as we’ve been shut in together, and I’m certain I got on yours as well, but let us remember that we are all in this together, and we need, and love each other, come what may.”

So was it since the days of flint knives, to the days of Rome in her glory, and on down to today.  So, did we observe whatever you care to label the celebration, in my youth, on patrol at 400 feet under water, and so do I observe it now, with my family both of blood and of choice.

Whether you care to wish me a Merry Christmas, a Got Jule, a Happy Hanukkah, a Joyous Solstice, or whatever other name, I will take it as a blessing, and wish you the same.

That is the reason for the season.

Be good to each other.