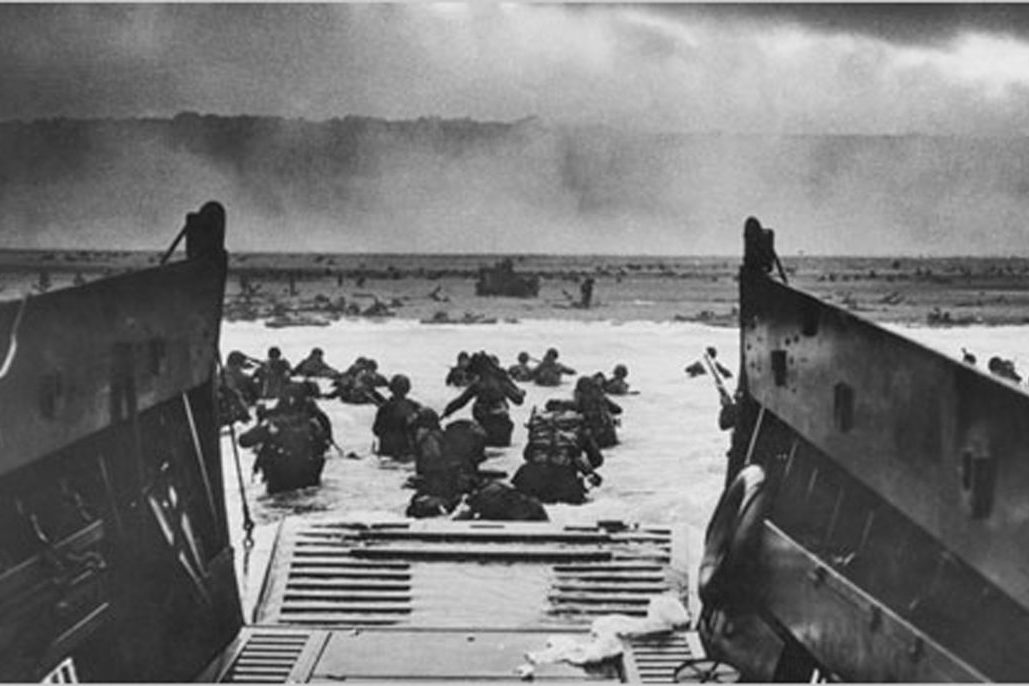 On any other weekly chat, we would talk about the cowardly excuse for a cop that’s finally been charged for the mass shooting there. Or the rather interesting case about to be heard by the SCOTUS on suppressors, and whether the BATFE is about to get it broken off inside.

But today is not just any day. Seventy-five years ago today, as I write this (Wednesday evening) men were climbing into 2200 bombers and attack aircraft.  There were 24,000 plus paratroopers and Glider troops climbing into DC3s and other transports or into gliders pulled behind them.

They had begun what Eisenhower called “the Great Crusade”. The freeing of the captive peoples of Europe from the tyranny of Nazi Germany.

The morning of the sixth of June seventy-five years ago saw 132,000 infantry troops wading ashore from over 5,000 landing craft.  The fleet that launched them and provided artillery support while getting shelled from 170 artillery pieces and rocket launchers were 289 ships, with another 277 minesweepers.

Many of the men wouldn’t even make it off the boat.

Imagine for a moment if you can, crawling down a boarding net, with your own weight in gear hanging off you. You’ve been tossed around like BBs in a can all night, crossing the straights in rough ass weather. You’re seasick and scared shitless.  Then you’re in the boat, and it’s an hour plus ride to the beach, the boat you’re in is dodging shells, boats to either side of you are hit and disappear in a flash and an explosion. One second your sister company is there, on your right in another Higgins boat, the next second, pieces of them are raining over you.  As you get closer, the diesel exhaust of the boat is really getting to you, oh and the ramp is sounding Ping Ping Ping as machinegun bullets strike it. Your boat runs up on an obstacle and the squid in the back, someone called him a coxswain (they pronounced it COX-in) is yelling to drop the ramp, drop the fucking ramp. The guy in front of you just got his head made into so much finely divided red mist as a heavy machinegun bullet hits him right in the face.  You somehow get into the water without getting hit, only to find that it’s over your head, and all that shit you’ve got strapped to you is taking you right to the bottom. Maybe you get rid of it or crawl up onto the beach in spite of it, maybe you drown right there. If you get to the beach, now the Nazis can see you and they’re putting everything they’ve got into trying to make you dead. Ahead of you, you can see the high-water mark of bodies, beyond it, nothing but barbwire and mines. There’s a guy screaming at you, WE GOTTA GET OFF THIS BEACH! He’s the sergeant, he’s done this before, at Anzio, or Sicily, or in North Africa. You know that he’s survived this sort of shit at least once, so you get up and try.

Or jumping into the darkness after midnight into occupied France, praying to your god or gods that they got the jump zone right, that you wouldn’t get scattered over the countryside like grass seed, ready to get eaten by the crows of the Wehrmacht, and the Waffen SS.  Praying that the guys coming in on the beach in the morning would be able to link up with you before you ran out of ammo, or time, and most of all, praying that you didn’t fuck up in a way that would get you and the rest of your unit killed. Landing amongst the chaos, not sure where you are, not sure if the rest of the unit made it down, or died in the air, and if they did make it down, where are they. Some units made it down nearly intact, and near their objective, others got scattered all over the countryside.

Or maybe you’re the sergeant, and you’re scared shitless too, but you have seen what happens to the guys that let fear win, you’ve seen what happens when the guy that they all look up to loses his shit. So, you’re trying to keep it together, for the men’s sake. Thinking “if we can get the fuck off this beach, I’ll never have to do an amphibious assault again. But right now, we’re like ants on a table, and that fucker up there on the cliff has the bug spray. You’re afraid both for you and for your men, knowing that if you fuck up, they die too.

My wife watched “Saving Private Ryan” with me when it first came out. She’s not uneducated, in fact, she’s an engineer for a Naval Nuclear Shipyard.  However, she doesn’t know a lot about this era of history. That movie was the most realistic portrayal of this morning ever put to film. It’s horrifying.  She watched it asking “why the hell would they do that? Why wasn’t there another way?!”

There was no other way.  Russia had been bleeding to damn death for five long years. For three of them, they had been demanding the allies open a second front, and take some of the pressure of their beleaguered forces. The best guesses put the Russian dead at 20,000,000 to 26,000,000

(a good case can be made that a LOT of those casualties were caused by the Russians themselves, either through incompetence, or actually shooting their own troops, but that’s an entirely different story)

Stalin has been screaming that if the allies don’t do something to take some of these bastards out of the way, he’ll make a separate peace with Germany. Airmobile helicopter assaults and better landing craft were years away, it was this or nothing, and nothing was not an option.  The longer Germany stays in charge of Europe, the harder it’s going to be to free the continent. Oh, and while the troops don’t know it, the high command knows that Germany has been killing Jews and other undesirables for years now, POWs too, and if we don’t get in there, there won’t be anyone to save.

There aren’t a lot of people still alive that were part of that assault, they are all at least 90. Yes, there were 15-year-olds that lied about their age and were in the army that made this assault. I had the privilege to meet some of the men that performed these acts of profound courage.  There are less of them every year, and to quote the words of an Australian song,

“But the band plays Waltzing Matilda

And the old men still answer the call

Someday no one will march there at all.”

Let not their passing take with it their story, for it is the story of a group of men that saved a world.

If D-Day had failed, the war would have lasted many more years, and there is every possibility that Germany would have developed the Atom Bomb, and the war would have ended with nuclear exchanges. All the world owes the men that took those beaches for their very lives.

Try to be worthy of their acts.