The Highest Form of Flattery 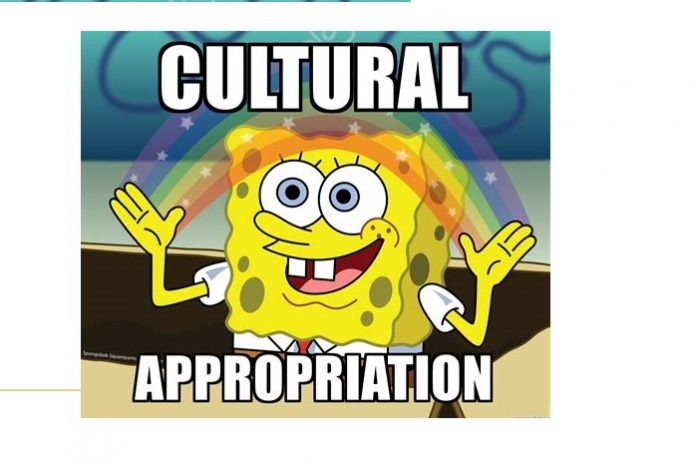 This isn’t going to be news to anyone who watches the political winds, but some folks don’t.  Take Mrs. Lehman for example.  She just found out about the poor gals in Portland that had their Mexican restaurant shut down last year, for the sin of not having Mexican ancestry.  She about came unglued, requested and required that I do an article on this travesty.

What’s that Hipster boy?  Yeah you in the back corner with the buffalo plaid shirt, the skinny jeans and the lumberjack beard!  You say those ladies deserved it for appropriating the culture of Mexico?  Listen you pimple, do you know how to swing a double bitted axe? No? Well, do you know how to run a two-man bucksaw? No? Ok, how about a chainsaw, do you own and or can you operate a 24 inch bar chainsaw?  What? You have an electric 12 inch bar, and that does everything you need?

Bitch, you’re appropriating the culture of the lumberjack, with that shirt and beard.  But here’s the thing… you’ll never hear a lumberjack whine about it, because they’re too busy laughing at your sorry ass.

The point I’m trying to make here is that we all use things from other cultures.  Tea? Silk? Are you Chinese?  Tobacco? Are you American Indian? Coffee? Are you Arabic?  Oh, and lets not get in to spaghetti, lasagna, etc… about the only “Italian” food you can lay a claim on without being Italian is Pizza, which is as American as Boston Baked Beans.

But it’s never been an issue before, because enjoying other cultures stuff is a basic part of what we, the people of America DO.  We are a melting pot! We are the first culture not of “blood and land” but of ideology.  If you believe you’re American, you can become American.  Not so in most countries, take France (please) even the people granted permanent status can’t become “citizens”.  Same with oh say Mexico, where you can’t buy and own land, unless you’re a natural born citizen… most you can do is a 99-year lease, and if some local comes along and claims the land is theirs, well gringo, you’re shit out of luck.

This Cultural appropriation stuff is the antithesis of everything that America has been about for the last 200 plus years.  We are mutts.  We come from every corner of the earth, and we proudly take the best of all the cultures that come to us, and claim, share, and enjoy them.

I make some of the best Chicken Enchiladas on the planet, and my beef fajitas don’t suck either.  My chili has won contests.   Yet my ancestry doesn’t have a lick of Hispanic influence.  My wife makes some of the best lasagna on the planet.  Not bad for a German-Irish-French(Cajun)-Apache.  We also make damn good Curry…

Here is the thing, my making your cultural dishes does not harm your culture, nor does it stop you from making it, and making it better than I do, if you can.  The two gals from the People’s Republic of Portlandistan loved the cuisine enough to go down and learn it from the mommacitas of Mexico.  A sin for which they were pilloried.  Now if they where somehow keeping said mommacitas from making and selling the cuisine in Portland, OK you MIGHT have a reason to kick.

But they weren’t. First, the women they learned from, down the Baja peninsula, aren’t about to come up to Portland to open a food truck.  Second, the people that were kicking up a fuss, weren’t MEXICAN.  What the absolute fuck!  Just like most of the folks kicking up a fuss about the use of Indian (feather, not dot) imagery in sports aren’t members of any tribe.

And I would love to know what these twits think about FUSION… There’s a Mex-Japanese fusion joint in Seattle that is FANTASTIC.  It’s at 1400 first ave. a place called Japonessa Sushi Cocina.  So, tell me, which culture are they appropriating? Then there’s the whole pacific islander thing with SPAM…

Look, here’s the bottom line.  If you like it, cook it, wear it, smoke it, do what-ever.  It’s part of OUR culture, to steal the best of other cultures. It’s been a part of my cultural heritage (Germanic/Scottish, which is to say Viking!) to steal the best of other cultures for as long as that culture has existed.  If you can make Sushi that stands up with the best of the Japanese stuff, the Japanese won’t care.  If you can make Jambalaya as good as the ol’ boys from the Bayou, the Cajuns won’t care, at least I’ve never had one raise a fuss at me.  Texans don’t care if you’re from Germany, if your chili is good, they’ll eat it, if not they’ll laugh at your attempt.

This is the beauty of being American.  We get the best of the rest of the world, and add our own spin.

Go, eat, enjoy.  If someone claims you’re appropriating someone else’s culture, laugh at their sorry ass.   See you next week.