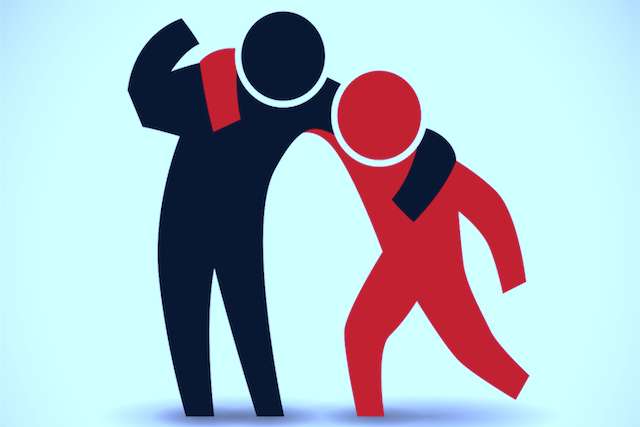 Some things will never change and some things will change for the better. Life is full of life lessons.  I am an extremely stubborn person and it seems that I tend to learn the same lessons over and over again.  Just when I think I have whatever I think it was that I supposed to learn figured out I get another lesson just like the one I had before.  Sometimes with the same people and same situations. Other times with completely different people and it seems like the lesson I am learning is the mirror image of what I had only seemed to learn perhaps a few months before. Maybe it was the simple fact that I had only thought the lesson was learned or maybe I forgot part of what I had striven to learn before.  Or perhaps it is the my ability to forgive and look over what I knew existed all along. The fact that some people will never change and some people will astound me and makes me wonder what it is exactly that allows us as humans to see past the bad of things and look for the good. Someone told me once to always look for the helpers. That no matter where or what situation you were in the helpers would always be there. That lesson is a lesson that I continue to learn and see in all aspects of life but is definitely a lesson well worth the learning no matter how many times it seems that I learn it.

Asking for help is hard. It is the absolute last thing that I want to do in any situation. To be viewed as weak or unable to do something for myself is a terrible and horrible thought. Why would I ever ask for help if I am more than capable of doing the task on my own. There have been countless times at Starbucks where asking for help was the absolute last thing that I wanted to do.  Sure I could make five gallons of coffee and get all required extras that went with such an order all on my own.  Or perhaps it was simply asking for help with cleaning the back room. In my head I could do a better job than actually ask for help. My ability to do the job was better than the others around me.  So of course why would I ask for help when I was more than capable of doing everything all on my own. The lesson learned however was that I could use the help. For all the times I thought I had to do something all by myself… it would have been much more manageable had I just accepted the help offered. There was a humbleness found in the act of helping others because accepting help was sometimes the hardest thing for people, including myself.  Perhaps every time that I needed to do something on my own and not accept help with whatever task I had at hand was more hindering than helpful.  Yes being a helper was something to strive for. Yet letting people help me was half of the battle.  This would turn into  a life lesson well learned and one that was learned time and time again.  Just when you think you have it, God has a whole new facet of the lesson to learn.

To be a helper one must also possess a heart that wants to serve. Thankfully both of my jobs lend very well to serving others. The simple fact that there are a bazillion and one ways to serve people at Starbucks. Some people are easier to serve than others. Some people will accept the help and the gift of whatever it is that we want to give and others will think that there is something you are after in return for being kind and wanting to serve. The perspective of each person involved is the key to being a helper and accepting help lies.  I love serving people but another life lesson was found in the realization that not everyone loves to serve as much as I do.  But finding the ones that do is the best. To serve is yet again one more opportunity to help others. Look for them everywhere.  They are there waiting for just the right moment to help someone out.

Where does this desire to help others and serve those that seem reluctant to take help come from?  We live in crazy mixed up world full of the unexpected. Life is so uncertain and we are not promised tomorrow. In some of the most recent events in our world the helpers have been the heroes, the ones that made the biggest difference. It was big and small acts of helping those willing to be helped that changed some terrible things in this world into something good and better than we can see in the moments of destruction and tragedy. Finding the strength to do more than one ever thinks is possible is found in the presence of God that is beyond this world. When we let His presence fill the very nature of our being we can over come just about anything and we will find the strength to be the helpers (and at other times be helped). Look for the good in people and surely you will find it. Live each day with purpose and drive and know that you do make a difference even in the littlest things. #talesofasiren #lovealways #makeadifferance