The French Even Get It 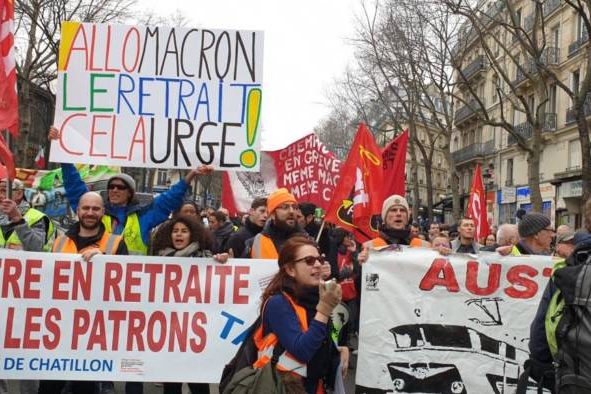 Welcome back to the Scuttlebutt, Coffee or your choice of hard pop on the counter, let’s talk.

See Phobe means “fear” and I don’t fear France or the French people, I just despise their government, and everything it stands for. This is because it’s usually somewhere to the left of Lennon (Vlad, not John, though he was about the same distance left come to think of it, so either one will work.

Now that said, when even the FRENCH say you’re too far to the left, and you’re going to destroy society, well DAMN DUDE, you’ve really pushed the envelope.  Yet that’s exactly what the President, many politicians and journalists in France are saying about the American left.

Per an article by Norimitsu Onishi (he’s their man in Paris) from the NYT on the 9th of this month, “The threat is said to be existential. It fuels secessionism. Gnaws at national unity. Abets Islamism. Attacks France’s intellectual and cultural heritage.

I have to admit, I was surprised that the NYT would run this article, and it’s worth noting that it didn’t appear in their daily summary for a couple of days, until it got picked up by a number of rightwing pundits (like yours surly) and then I guess they felt they had to mention it… Of course, they buried it about two thirds of the way down the stream.

As a side note, if it seems like I pick on the NYT, well that’s because they’re a scab and everyone picks on scabs.

But back on target… Of course, if you read the article you find that they would paint these folks (from Marcon on down) as Nazis who support blackface, and whipping out all of the minorities in the nation. They also would have you believe that it can’t possibly be American influence that’s driving any threat to French society, because it’s just “handful of academic disciplines on U.S. campuses” and after all, we have “witnessed the gradual decline of American influence in many corners of the world.”

Going to take another side note here… If you want to see how American culture has influenced the world, don’t read this fish wrapper, go on a trip… (it’s fairly cheap these days, once COVID goes away, the American dollar is strong overseas and much of the world is starving for money.  Been there done that.)  When you get overseas you find that American culture in the form of American retail stores, restaurants and goods are EVERYWHERE.  The only thing more ubiquitous in Europe, Iceland, and even Russia than “Pizza Hut” “KFC” and “McDonald’s” is Irish pubs.  I’m not sure what the hell it is about Irish pubs, but I swear to the Gods there’s probably one on top of Everest.

Back on task again, it seems that the young set in France, and the NYT support the destruction of society, and the dominant culture of France in favor of the culture of the former colonies… you know, Algeria etc. where the very people (Yes, Joe they’re useful idiots, got that) who are demanding the change in culture would be incarcerated, stoned to death, or thrown off the tops of buildings.

It seems that Nihilism and the destruction of western culture in the favor of virtually anything else, is something that the French government, and many French citizens have finally woken up to, and said “NON!”  If only we could do the same, before we collapse.

Well, this is a fairly short article today, but I’ve got to pack, flying out to Pearl Harbor tomorrow, so you all take care, and I’ll talk with you next week.