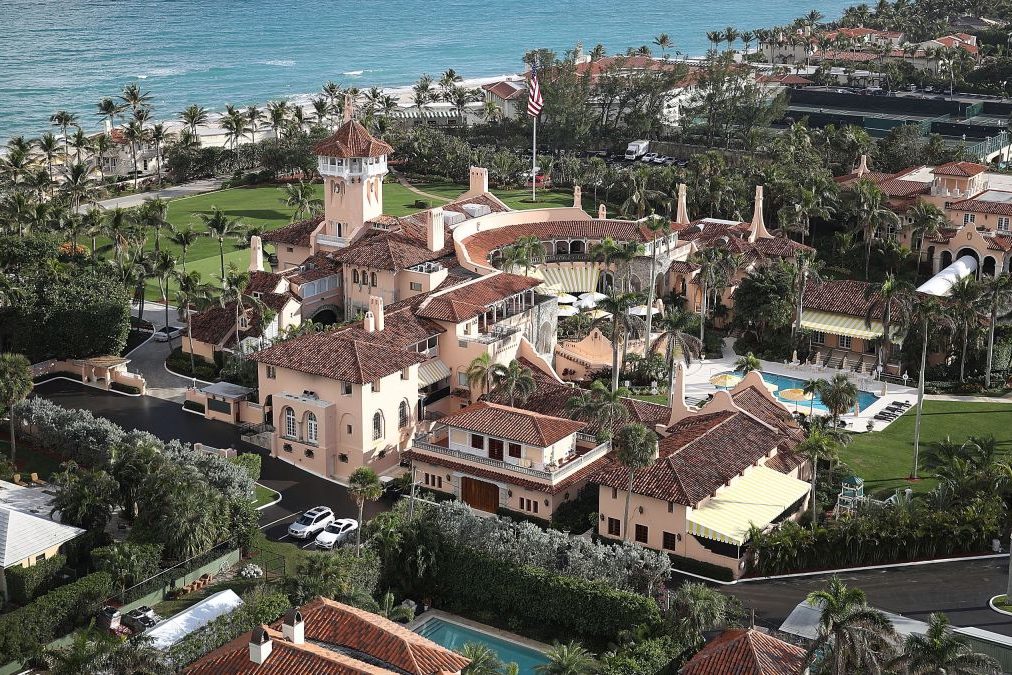 Pull up a chair and have a beer, let’s talk.

As usual, when I have plans to do a specific piece on an issue, (in this case, the creation of the Great Smokie Mountains National Park…) The Gods laugh and say, “oh son, making plans again, are you?  Well, we’ll just see about that.”

So, I’ll be doing that another time, if I find the slow week.  Or maybe I’ll do a “special,” we shall see…

Anyway, Lehman’s Fifth Law of Politics (there are laws of politics, warfare, tool use, and life.) states: “Never create a political weapon that you don’t want to hand to your enemy to use against you.  You will not be in power forever no matter what, and they will do unto you as you have done unto them, only they’ll have had the time to perfect it.”

Now the DNC just really have a problem understanding this, they keep making the same mistake.  Killing the 2/3 majority for judges, killing the “home senator rule” for judges, playing with the House and Senate Parliamentary practice rules, calling things “funding bills” so they can use the reconciliation process…the list goes on and on, and every time they change the rules to benefit themselves, by the time they do it, they get one maybe two shots in, then they lose control of the body in question, and the RNC grab that stick and beat them soundly with it.  I suspect this will be another one of those times.

Look, I’m not a particular fan of President Trump, I thought he batted about 450 during his time in office. (As a reference, RR batted 900, JFK 500, Carter and Biden barely made 050.)  Of course, part of that was that EVERY SINGLE BUREAUCRAT in the federal government was trying to sabotage his ass. On the other hand, every bureaucrat in the government right now is trying to prop up President Biden, and he’s still a total trainwreck, so there’s that.

I would really rather that he not run again.  Not because I don’t want to see him in office, but because if he runs, he will be such a contentious figure as to further the divide, and push us ever closer to that oxymoron: a Civil War.  Further, he’ll be a lame duck on day one if elected.  No, I would really like him to sit this one out, or maybe play Kingmaker, if he feels the desperate need to keep his hand in, (which it seems he does.)  Here’s a little-known fact, we almost went to civil war/dissolution of the Union in 1850, and I mean pistols drawn in the halls of congress, and knockdown drag-outs between congressmen. It was saved by something called “the Compromise of 1850.”  This set of bills acted like a back brace to keep the camel functional for a little while longer. (If you’ll allow me the metaphor.) The straw that broke the back was Lincoln’s election.  I sometimes wonder if Lincoln would still have stood for office if he had known what his election would bring about.  Trump could very well be the next Lincoln, win or lose.  LET’S JUST NOT, OK?

I am also under no delusion that there are no skeletons in his closet. With the laws that we have on the books today, we are nearly at full Lavrenti Beria (the head of the NKVD, forerunner to the KGB) mode here; he’s the guy that said: “Show me the man, and I’ll find you the crime.” There are so many laws when it comes to taxes, real estate law, employment law, etc… (and oh, wait, Trump was a businessman, specializing in real estate, before he was an entertainer, before he was president… So, yeah, I’m sure you can find a place that he crossed a line.)  Hell, there’s enough contradictory law in real-estate development that in some states, to follow one law, you have to break another.

All of that said, the very idea of raiding the house of a former President should have gotten whoever suggested it, sent to McMurdo Station for a five-year tour, after a look that said “Have you lost your ever-loving MIND???”  The fact that they went through with it, and did so while Trump and family were not even in residence, (thus you can’t make a case that “we need to do a raid right now because he’s going to destroy the evidence.”) shows the extremely political nature of both the AG who lost his shot at a Supreme Court seat because of Trump and a Judge who is both a political hack and a former employee of Mr. Epstein. https://nypost.com/2022/08/09/judge-who-approved-fbi-raid-on-mar-a-lago-once-linked-to-jeffrey-epstein/

We have had questionable Presidents before, (Taft, Grant, Jackson, Harding, Nixon, Reagan, (Iran Contra) Clinton, and one of my favorite whipping boys El B.J.) we have had presidents who came into office absolutely HATING their predecessors. (Nixon jumps immediately to mind) and yet, there was this unwritten rule that you don’t sic the Fearless Band of Idiots, (FBI) or the Infernal Reichstag Stormtroopers (IRS) on a past president, and you don’t sic them on a potential opposition candidate either.  (Yes, it happened to Killary, due to her Bleach problem, and that was a mistake too. Either they should have done it earlier, or quietly told her “If you don’t drop out of the race, we will be opening an investigation and arresting your ass.”  The fact that they found evidence a plenty and yet never charged her, well that says something very damning about the FBI right there.)

But see, the real problems here are twofold:

you just gave half the country a Casus Belli. Yes, I am serious. There are a lot of folks out there right now that are wondering “well if they can pull this sort of shit on Trump, what can they do to little old me?”  And a lot of folks thinking “this was indeed a put-up job, boxes of stuff were removed, with no accounting and inventoried chain of evidence apparent.  That’s enough to make anything that’s presented later questionable from an evidence perspective, and thus “fruits of the poisonous tree” comes into play.  The DOJ needs to get out in front of this RIGHT NOW, and senior heads need to roll if they want to preserve any shade of legitimacy.

What’s good for the goose is good for the gander. Biden has a lot of possible culpability with Hunter’s laptop. There’s evidence of bribery, tax evasion, (“The big guy needs to get his cut”), and potentially: Espionage for things sold to and given to China, Ukraine, and Russia.  This could blow up before the 2024 election, or after. (As well as the lesser included charge of acting as an agent of a foreign government without registering as such.)

Honestly, I don’t see any way this goes well unless sometime in the next 48 hours the Attorney General comes out with “this was done without my awareness or approval, all material has been returned to the president, and the director of the FBI, Judge Reinhart, the OIC, and SAIC have been fired, and we are conducting an investigation into who else was involved with this decision, more pink slips to come.”   I don’t believe that’s going to happen, because I am quite sure that AG Garland is in this up to his slimy neck.  This is often used rhetoric at this point, but sadly, it’s accurate. This is Banana Republic-type shit.

Now, of course, the Whitehouse has come out and said “we had no idea this was going to go down, we didn’t approve it…” All of which reminds me of Sargent Shultz’s “I know NOTHINGK, I see NOTHINGK!” (if you aren’t familiar, look up Hogan’s Heroes, and get off my damn lawn, you young whippersnapper.)

Now, this is the big thing that’s getting all the column inches, but it’s not the only thing happening in this vein. A Court ruled that CONGRESS can obtain Trump’s tax returns, https://www.dailywire.com/news/federal-appeals-court-rules-congress-can-go-after-trumps-tax-returns

Trump was subpoenaed to appear before the NY AG’s office for a civil (note this is not criminal) investigation into his business dealings, and WISELY took the fifth.  It seems he’s FINALLY learning to keep his mouth shut.  Here’s the article: https://www.seattletimes.com/business/trump-says-hes-testifying-wednesday-in-ny-investigation/

The money quote is: “I once asked, ‘If you’re innocent, why are you taking the Fifth Amendment?’ Now I know the answer to that question,” the statement said. “When your family, your company, and all the people in your orbit have become the targets of an unfounded politically motivated Witch Hunt supported by lawyers, prosecutors, and the Fake News Media, you have no choice.”

The Fearless Band sent three agents to visit Congressman Perry (R PN) and seize his cell phone while he was traveling with his family. https://www.foxnews.com/politics/trump-ally-rep-scott-perry-says-fbi-seized-cell-phone-one-day-after-mar-a-lago-raid

No contact with his lawyer, no showing up at his office, no, this was three officers walking up, flashing credentials in public, and demanding his personal phone.

All of this just has the smell of desperation, of a hard, full court press to keep the Democrats in power after the November election, by digging up, or creating from whole cloth, enough dirt to try and convince the nation that they won in the mid-terms, whether they actually win, or only “Biden win.”

It’s worth notice that the tactic isn’t as successful as they might hope, most of the Republicans that voted for the second impeachment of Trump have lost in the primary, including one of the two Republicans from super-left Washington State.

I also find it worthy of note that all of the usual suspects (NYT, Seattle Times, CNN, etc…) have been spending great amounts of ink trying desperately to convince the world that 1) Biden has been a great president, and really successful! NO, IT’S TRUE, HE HAS HAD HUGE VICTORIES, who you gonna believe, us or your own damn lying eyes? And 2) also desperately trying to convince us that the newest version of Bilk Back Better the Inflation Reduction Act is actually a great thing, and will NOT, no really, trust us, NOT raise taxes, or increase inflation, and will be the best thing for health care since Obamacare, and Obamacare was great, damn it! Ignore the fact that your health premiums went up three hundred percent, it’s far better than you had before! Quit trusting your damn eyes, sir!  Oh, and LOOK, gas prices are down nearly a dollar from their high point!  Ignore the fact that they’re STILL over $1.50 a gallon more than they were when he took office, damn it, can’t you see that we’re WINNING?! Oh, and in case you missed it, here are 5 articles in two days on how much money the IRA is going to bring to us here in WA, and all the jobs it’s going to create, and oh my goodness this is such a great thing for the climate…

I love the smell of desperation in the morning, Smells like victory.