The Evolution of Open Gym and Why It Matters 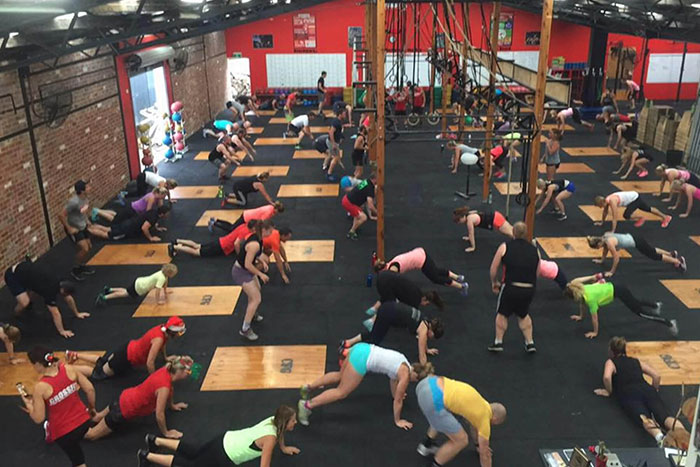 Crossfit boxes around the world have differing policies when it comes to “open gym” time – a set period when members are allowed to use the facility outside of class for anything they want. Most boxes offer an open period surrounding class times because members want to supplement their workouts with accessory work, stretching, and mobility, but there are only some that offer larger open gym times for members who would like to follow different training programs. This is a topic of some controversy in the Crossfit world, and it is worth examining to find out what works best for your box, and why open gym might be more important than you think.

Open gym hasn’t always been something offered by Crossfit boxes. It evolved over time as an answer to the growing desire for convenience, program supplementation, and training volume. When Crossfit first started, there was no need for open gym time at an affiliate. Everyone did one or two workouts, probably from the Crossfit main site, and everyone did them together. That is WHY people joined a Crossfit gym; to follow the workouts and train with their friends. In a way, those were the good old days, when you were considered elite if you could snatch your bodyweight and you didn’t feel completely destroyed after one day of training.

As Crossfit has evolved, so has fitness. One need only look at the results of the 2009 Crossfit Games compared to those of 2017 to see how far we’ve come, and how high the bar has been raised. Crossfit has grown by over 100% every year since it started, and while many people continue to pursue it for health benefits and camaraderie, many more are seeking to train on a higher level – or simply on their own. As the average Crossfitter and gym-goer become capable and desirous of more volume and more intense training, the practicality of open gym availability should seem apparent. Nevertheless, there are many boxes that strongly frown upon open gym participation, and many that do not offer it at all.

An examination of Reddit’s Crossfit sub page yields a lengthy discussion on this topic. There are several reasons why it doesn’t make sense for certain boxes to offer open gym times from an economic and demographic standpoint. It seems that many smaller, rural gyms NEED to operate on a closed gym model. They don’t have enough of a membership base to justify paying a coach for their presence during open gym training. That’s understandable, and if you’re someone that wants open gym time in an area like this, you may be out of luck.

Facility size is another factor that comes into play when offering open gym time. Some boxes have the space to offer open gym at the same time as class, but many do not. Some coaches are also paid based on how many people attend their classes, and affiliates don’t want to provide an alternative option to class when it means they will be making less money. But at the end of the day, aren’t people who want to come to class going to keep coming to class? If you have to follow a closed gym model, providing a “competitor’s class” may be an option to prevent those who would like to do more from going elsewhere. The people that really want to do something different, however, will eventually quit and find somewhere else to go if open gym time is not allowed, and that is the heart of this issue.

How many people do you know that have quit going to a Crossfit gym in favor of a more economical option? If you’ve been doing Crossfit for a fair amount of time, I’m willing to bet that number is quite a few. Once you learn how to do most of the movements, and you’ve been coached through an academy class, you can get by training on your own. A business, by definition, has to cater to what the majority of their target customers want. The number of people that want to do more than just class WODs and program for themselves, whether or not they are ready to do so, is growing. Many people also want the convenience of a normal gym with the feel of a Crossfit gym. Eventually, there are going to be facilities everywhere that satisfy these needs. There are many that already exist. These facilities will be cheaper and more convenient to go to because they are open for longer hours. As long as Crossfit affiliates cannot meet this demand, replacements will continue to appear.

By no means am I advocating the use of open gym time for anyone that walks in and thinks they are skilled enough to utilize it. I think it becomes dangerous, however, to make the decision NOT to have open gym because, as a coach, you think no one beyond an elite, regionals level athlete is “good enough” to be entitled to it. If you have this policy when you open your gym, it will discourage many people from joining. If you switch to a closed gym policy because no one is using it, fine – that’s clearly going to be a model that works for your area. If you do have open gym time, but you’re going to discourage members from utilizing it and tell them they belong in class, then you might as well not have it.

There are many ways in which open gym can be implemented in your box if you have the appropriate resources. Offering a discounted membership for those who only want to utilize open gym is a great way to start, and as the sport gains popularity and people become more fit, this may become necessary to keep the Crossfit culture intact. Those that are truly serious about training FOR Crossfit, IN Crossfit boxes will still be willing to pay an above average price, and these are the kind of people that affiliates don’t want to lose. They attract other members to join far more than the average class goer, and they are the future of the sport.

As a box owner, insurance policies may cause you to be worried about particularly unskilled members trying to participate in open gym when they really should be in class. In this case, it shouldn’t be hard to implement a few ground rules for proficiency, and if you need to have a coach present during open gym times, why not make coaching “open gymers” part of their job? If a member that would like to participate in open gym isn’t quite ready, it may be appropriate to provide constructive criticism from a coaching standpoint. In the vast majority of cases, it is unlikely that people will try to participate in open gym when they have no idea what they are doing. Some do, and many others are far from attaining perfection in all of their lifts, but then again, how many Crossfitters are, even at a regional level?

In conclusion, I think it is important that Crossfit gyms continue to teach people the fundamentals of the sport, and it is unquestionable that every single Crossfitter, including the best of the best, can continue to benefit from coaching. There are and always will be plenty of people that want to participate in box programming and start Crossfit from scratch, but the demographic of the average gym goer and fitness enthusiast is growing, and there are more Crossfitters than ever that want to participate in regionals level training programs. I believe many boxes need to evolve in terms of their perspective on open gym if they are going to continue to reap the economic rewards of Crossfit’s popularity, and keep Crossfit in affiliates.