The Elephants in the Room 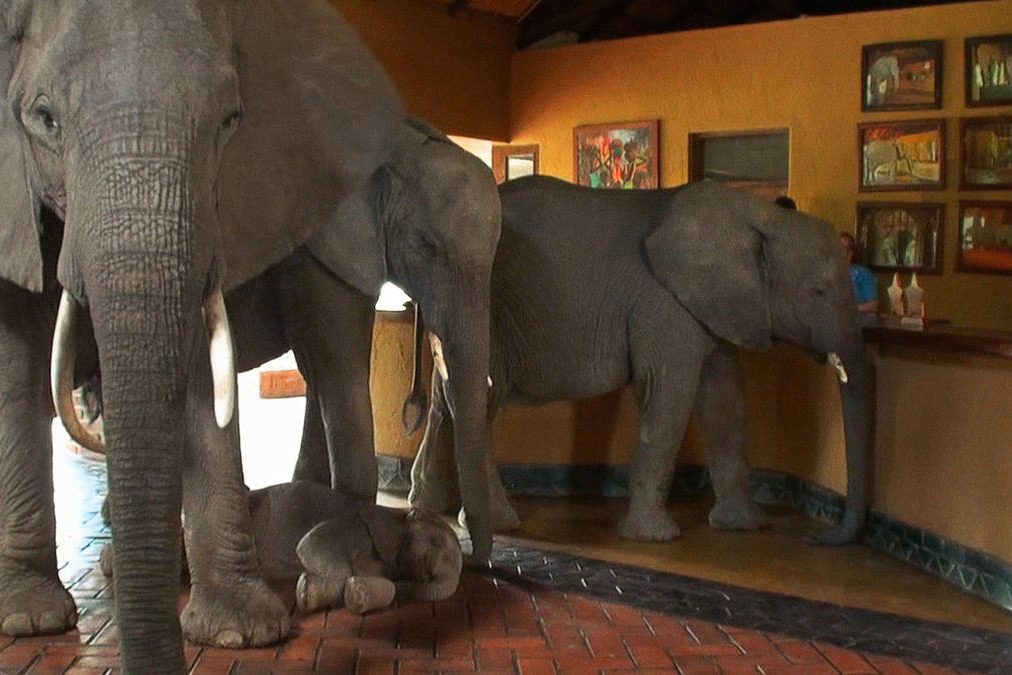 When I started this blog, my goal was to write about Science Fiction/ and Fantasy Nerdom, (as an author of that) Navy stuff, Gun stuff and politics, in about that order.  Unfortunately, Ringling Bro’s has seen fit to turn so damn many elephants lose that it seems like all I ever get to discuss is that damn placoderm that is sitting in the middle of what used to be a table.

Put another way, I wind up talking mostly about politics, then Navy stuff, then guns, and SF&F winds up a distant fourth.    Sadly, this week doesn’t show any change to that, and most of what I end up talking about is just too important to ignore.  So, lets get started.

Everyone else is talking about the whole AUKUS thing, so a blog that has the US Navy as one of it’s POI can’t really ignore it… So, I’m going to dive in.

First off, yes, I understand that France is butt hurt.  Ya know what, don’t care.  It’s not like France hasn’t done things that made US butt hurt over the years… Lets see, there was the time they refused to let our aircraft fly over France on the way to attack Libya after the Lockerby attack by Libyan intelligence operatives, thus increasing the range that our guys had to fly by a factor of two, and endangering the entire mission.  Or the time that France demanded we provide them with the designs for an SSBN or they were going to leave NATO, then when we gave them the plans, they sold them to the USSR and left NATO ANYWAY.

Look, France has had this contract with Australia for TEN YEARS, and still didn’t have an approved design to start building.  Not because the Ausies kept changing the design either, but because the French couldn’t settle on what to give them.

France has Nuclear powered warships, they could have made the offer that we made, they didn’t.

Further, let’s look at the mission. Here’s another elephant no one is willing to admit, the reason the boys down under want more submarines is because China is revving up their motor to try and pull a “South East Asia Co-Prosperity Sphere.” Oh, they’re not calling it that, but it sure looks like what they want is exactly what Imperial Japan wanted in the 1930s, and Australia is on China’s shopping list.

That said, Australia is a long way from the port cities of China, over 4,600 miles long.  That’s about 23 days by diesel boat.  It’s about 10 days by Nuclear Submarine. Further, figuring fuel, you’re only going to get maybe 20 days on station, before it’s time to go back home if you don’t want to run out of fuel on the way back…  Getting towed home in a war is NOT a good idea.  Now. Let’s look at a Nuke submarine. 20-day transit (both ways) VS 46 days in transit.  That means for the same duration patrol (66 days) you get 46 days on station.  But wait, there’s more!

There’s no reason to limit your patrol on a nuke to 66 days, US subs routinely do 90-day patrols, and my longest was 128 days straight underwater.   In all likelihood, you end up coming home to get more torpedoes before you come home due to lack of food, and running out of fuel isn’t really a thing.

There’s another thing, a Nuke boat can carry more torpedoes, which again, increases her effectiveness.  Since the Aussies use American MK 48 Adcap torpedoes, they can reload in Guam, and go right back out…  In short, there is absolutely no reason to want a shorter-range vessel if a nuke is on the table, except that they are cheaper. (or except that you want a defense-only option, which is a sucker bet)  The trouble is; cheaper only matters if you can buy them RIGHT NOW.  Since France still hadn’t delivered on even the design, well I can understand Canberra’s decision.  The fact that it pissed China RIGHT the hell off? That’s a bonus.

Along with that, there was the not unreasonable thought I am sure, from Canberra, that with France and China being rather more friendly than most, is the design, capabilities, acoustical vulnerabilities, etc. of a French Submarine sold for export secure from China’s intelligence service?

I mentioned earlier that France had sold the designs for the George Washington Class SSBN to the USSR, which promptly came out with the “Yankee” class, a submarine that looked as near to an American SSBN as the Tupolev BEAR does to the US B-29. (one’s a copy of the other, I leave which one was first as an exercise for the student.)  Not exactly a calming thought if you’re on that Aussie boat, about to go to war against the Chinese, is it?

In short, France has a history of doing what they think is good for France, and fuck the rest of the world.  Well, now it seems like they’re on the receiving end of the same sort of behavior, and squealing like a stuck pig.  My heart bleeds.

OK, next, let’s talk about Firearms.  Gail Collins, a past Editorial Page Editor for the NYSlimes, and current semi-weekly OPED writer for them, (who is also printed in every other “times” in the US associated with that rag) wrote a hack piece on firearms called “why are we still going great guns?” you’ll find it here if you can stomach it:  https://www.nytimes.com/2021/09/15/opinion/gun-control-safety-laws.html

This entire piece of trash is basically one lie after another, with the exception of the point that David Chipman (the asshole behind the Waco raid) did indeed lose his bid to be the head of BATFE, and the fact that Congress did indeed make it against the law to put the records of firearms ownership in an “easy to search electronic Data Base.”  Of course, congress made that law after the SCOTUS told them that maintaining a database of gun owners is a violation of the constitution, but hey… that’s a minor detail, RIGHT?  The big lie, the Piece de resistance if you will: Is her bit in this article that “Yeah, right now, one easy way to buy a gun without having anyone check to see if you have a history of criminal convictions, mental illness, or a domestic violence restraining order is to just plunk down some cash at a gun show.”

BZZZZZ, Sorry Gail but the courts have determined that that is a lie, pure and simple.  Since your whole premise revolves around that, well, you’re not only wrong, you are a willful liar.  This “Gun show loophole” is a load of crap, and furthermore, the people that shill it, like Gail, and Nasty Polocksky KNOW it’s a load of crap, but they expect you to believe it.

Next on my target list is Google.  Their motto used to be “Don’t be evil” then it was “Do the right thing.”  Now it looks like it’s “Do know evil, and support it whenever possible.”  See Russia just had an election.  They vote for three days, which makes cheating easier, and the Government, (a wholly-owned subsidiary of Vladimir Putin inc) demanded that Google (and Apple, but I expect them to roll over for anyone that’s a good little commie) block access to the internet for the content from Putin’s most significant adversary, One Alexei Navalny, his supporters, and anyone associated with him, as well as various apps.  As a result of all this chicanery, they wound up with 324 of the 450 seats, believe it or not, that’s a net loss in seats.  Still a victory, and with it, the plan of changing the constitution again to give Putin more power.  If all of this sounds familiar, that’s because this is the third time their constitution has been changed to give Tzar Putin more power.  If you haven’t figured out that this guy is fast on his way to becoming the new Joe Stalin, or Ivan the Terrible, you’re not paying attention.  And the fact that American companies aid and abet this guy, while it doesn’t particularly surprise me, depresses the hell out of me.

Finally, we have the bullshit at the border.  Oh, my Gods, border patrol agents are “grabbing Haitian Migrants and pushing them back toward MEXICO!”  “One of them even appeared to whip a “migrant” which was horrible to watch.” according to Jen Psaki (Biden’s mouthpiece).  Uh, gosh, how dare a border patrol agent send an illegal alien packing toward where they came from!

Oh, and to whip at them with their reins?

Uh, ever see someone thrown off a horse by people on the ground?  They’re lucky that horse wasn’t trained to stomple people.  (In fact, why WASN’T IT?) along with this was a wonderful sob story piece published in all of the usual places, (for example you can find it here: Deported by U.S., Haitians Are in Shock: ‘I Don’t Know This Country’

All about how these wonderful people had decent livings, and nice lives in Chili, Brazil, or Panama, but decided to dump it all in the hopes of getting into America, because they heard that our new president would let everyone into the land of milk and honey…

And now, (sob, boo-hoo) They’re throwing me out of the country and flying me back to the country I am a resident of. (Haiti) “I thought the United States was a big country, with laws. They treated us terribly,” said Nicodeme Vyles, 45, who had been living in Panama since 2003, working as a welder and carpenter. “They didn’t even give me an interview with an immigration agent.”

Well, buttercup, we are a big country, and we do have laws, which you fucking broke!  One of our laws is this little thing called an immigration law.  Of course, that law doesn’t count for Mr. Vyles, who admits that he had been in Panama illegally too: His Panamanian visa expired in 2012. (that’s buried down in the last couple of paragraphs)

If these sob-sisters don’t like how their buddy Uncle Joe (and whoever has their hand up his ass moving his mouth) deals with the 28,000 Haitian illegal immigrants that have attempted to enter the US this year;

( https://www.nytimes.com/2021/09/17/us/haitians-border-patrol.html and since it’s the NYT the number is probably actually much higher)

they sure as hell wouldn’t like the way I would do it.  Hint, it involves troops, warning shots with M2HBs followed by fire for effect if they don’t turn around.

There are legal ways to enter this country.  (Is the green card system broken? OH YES, I am lead to believe that there’s severe graft and corruption in that system, and if I were in charge, anyone involved in that shit would be decorating a gallows for treason) Still, there ARE legal ways. If you ignore them and break the law, you don’t get to be surprised that we treat you like a criminal… GUESS WHAT? YOU ARE!

Ok, I’ve beaten on enough of the elephants in the room for one day.  Stay safe people, it’s just going to get worse I fear.