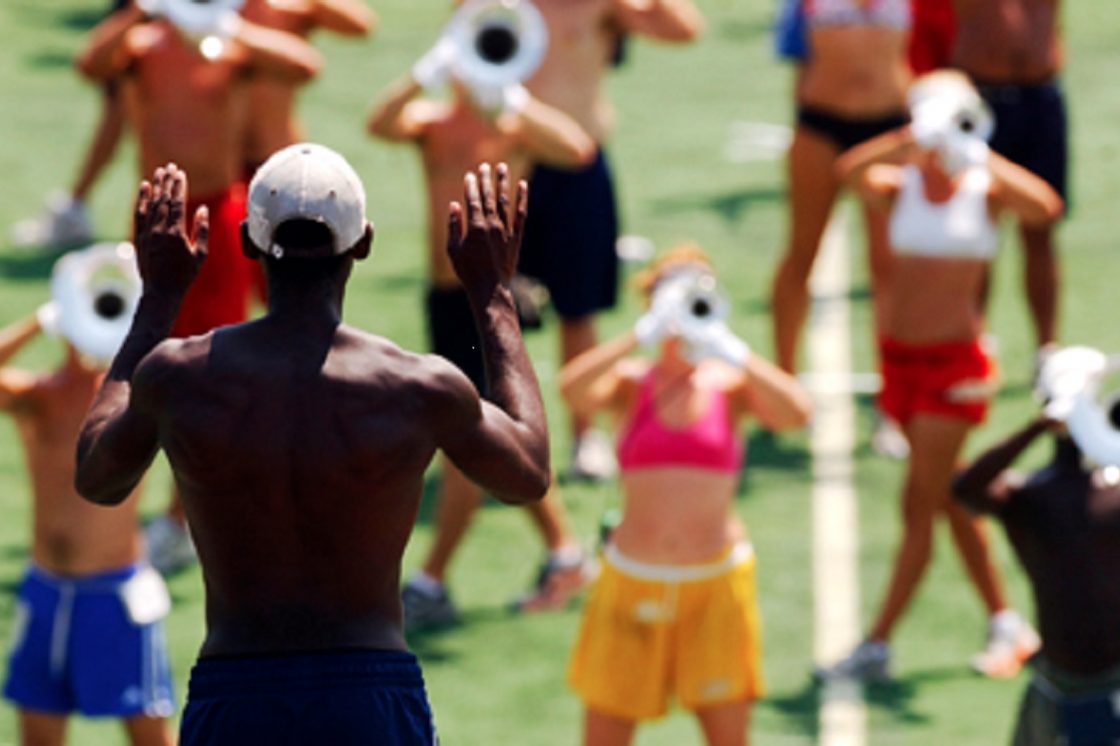 The majority of the preparation for the drum corps season takes place during the “off-season” (September-April). With multiple audition camps during the winter months, most corps have the membership decided on by February or March. The first part of the actual season starts with what drum corps familiars call spring training or move-ins. Following the audition process, should you be offered a contract, you’ll be invited to move in with the drum corps and go on the road with them. Before tour starts, members follow a rigorous schedule that’s similar to the following:

And the next day, it happens all over again. For roughly three weeks straight. Being out in the sun for hours on end inevitably leads to a high probability of dehydration, sunburn, and heat exhaustion. It’s hard to put into exact words what the spring training experience is like. You grow as a musician and as a performance unit. You become vividly aware of what your weaknesses are. You learn what your personal limits are- physically, emotionally, and mentally. It’s not uncommon for people to experience what veterans call “the wall.” It comes in different forms and shapes for different people. Some people say “it’s too hard.” Others become violently homesick. It is one of the most challenging aspects of the drum corps experience but once it is overcome, it is also one of the biggest feelings of accomplishment. Spring training is where I personally made some of the most important relationships in my drum corps. Finishing it was one of the hardest things I’ve ever done. People that have done both military basic training and drum corps have said that the drum corps experience was more difficult. Ask a drum corps veteran about their time in corps and they will tell you the same! Next week, we’ll talk about the fun part of drum corps: summer tour!