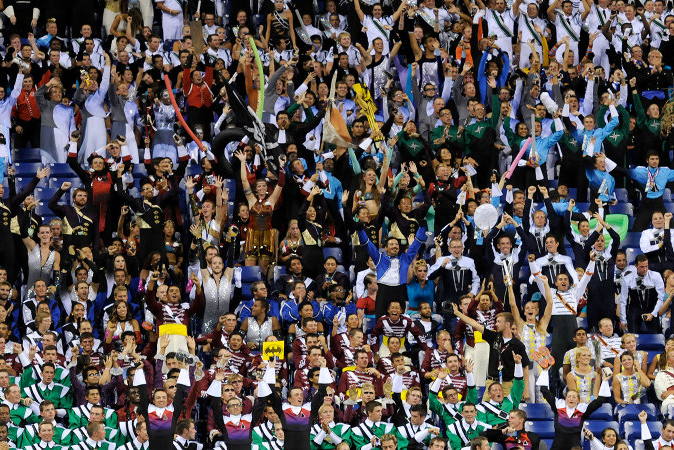 The culmination of the entirety of the drum corps competitive season takes place at the Drum Corps International World Championship, which is held in Indianapolis, Indiana, usually during the second weekend in August. So as one may imagine, for a drum corps to be working and perfecting their show from mid-May to mid-August, there is a lot of room for changes to be made to each individual show. Shows are changed and tweaked nearly on a daily basis, and that’s no exception during Championships, commonly referred to as “finals week.”

Finals week consists of a few different events. Firstly, there is the DCI “Performer’s Showcase,” which lets members of each corps compete on an individual and ensemble level among their peers. For instance, the Madison Scouts generally will enter a vocal group into ensemble competition, and the Blue Devils will frequently allow its members to compete on the solo or individual level. This event usually will happen on the Wednesday of Finals week. Thursday, Friday and Saturday are devoted to having all of the drum corps competing in the US “circuit” (yes, there are European groups too!) perform in a Preliminary (“Prelims”), Semifinal (“Semis”), and Final night of competition. This is only on the World Class level, as well! The Open Class groups will have their own event, which is set up in the same fashion, earlier in the week. The top groups in the Open Class category will then go to World Class Championships later in the group.