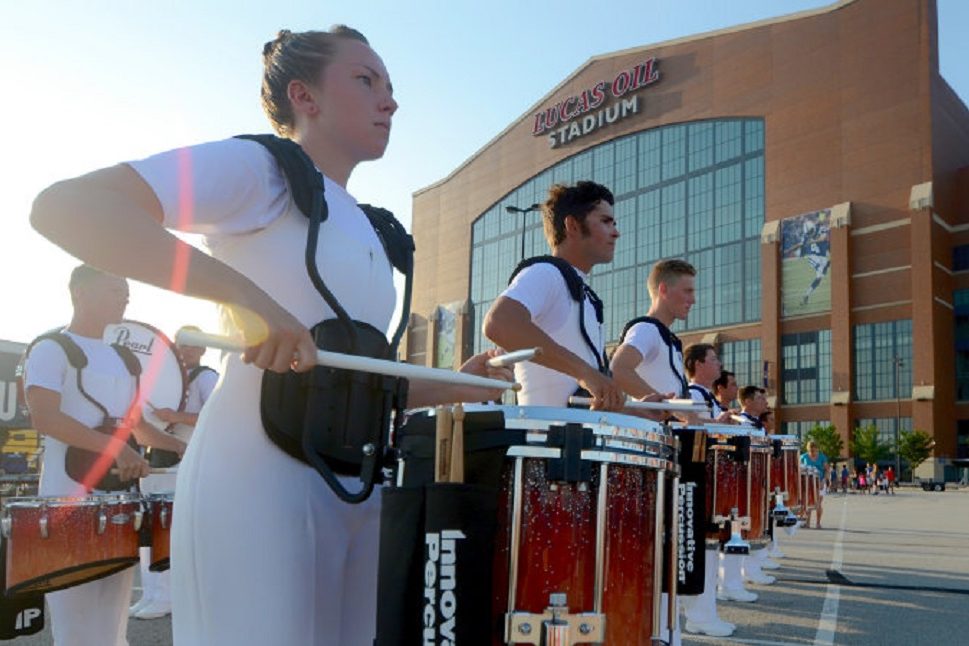 So now that we’ve looked at what exactly drum corps is, you may be asking, “how do you get involved with an activity like this?” Just like any other professional performance group, you have to audition! And like any other performance organization, it can be extremely competitive. As a veteran drum corps member, I remember distinctly my first audition experience. And like that of the whole activity, it can be an exhausting experience.

The first “step” to the audition process is choosing which corps for which you want to audition, and there are several variables that can factor into that. Location, corps placement, style of playing and corps history are just a few of these factors. For myself, my first audition with Music City Drum Corps for the 2014 season was influenced largely in part by the fact that the corps is based out of Nashville, which is closer than most other drum corps scattered across the country. Unfortunately, this audition didn’t work out as I had hoped and was unable to march in 2014. However, upon auditioning for the 2015 season with the Colts Drum and Bugle Corps, I was offered a callback, or second audition. And that’s the second “step.” Preparing for the audition!

The third “step” is to have fun and have a great attitude! As part of the audition, you’re evaluated in a group and individual setting. Instructors are looking for people who are open to instruction and willing to make adjustments as they are given and are all-around a good-natured person! It’s extremely important during a drum corps season to keep a good humor about yourself, and auditions are a great way to get a snapshot of the regular season. If you’ve prepared well, and auditioned for a corps that’s a good fit, you’ll be awarded a contract for the regular season. And from that point, the next thing to look forward to is spring training!