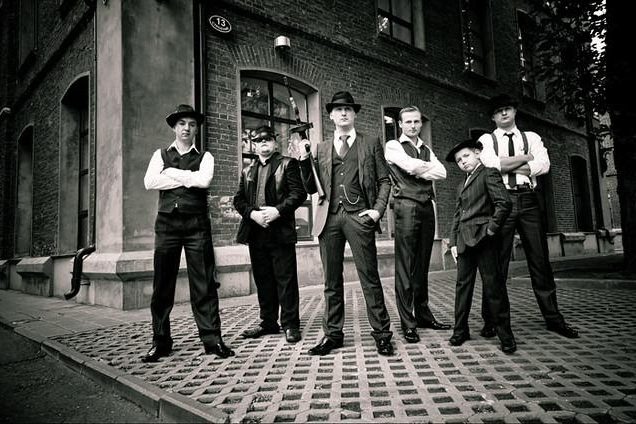 Welcome back to the scuttlebutt, have a seat, pour yourself something, and let’s chat.

Back in the day, there was a phrase called “a Mickey Finn.”  Named after a Chicago bar owner who would put Chloral Hydrate ( a knock out drug) in some customer’s drinks, knock them out and rob them.  It was “the Chicago way”.  Don’t worry about your drink, I am not from Chicago.

Seems like one of our former presidents was though… Humm let’s see, yup, sure enough.

Oh, and gosh, Michael is often shortened to Mickey…

Now General Michael Flynn had been around the block a few times… He’s not terribly likely to accidentally get poisoned by someone with an agenda… BUT, He probably also knows when the fix is in, and there’s nothing you’re going to be able to do about that.  Seems like that was the pistol he was staring down when a set of FBI agents, (remember Strzok and his girlfriend?) who were later fired for stating in emails to each other that they would take down the Trump White House by any means necessary, set him up.

A lot has been made of the fact that Flynn pled guilty.  Yup, he did, in a plea bargain that was dirty on the face of it.  It had specific parts that were sealed from the JUDGE!   Straight up, they were blackmailing him.  Plead to this, or we’re going after your kid for things that he did that he may or may not have known were illegal. (the kid worked for a foreign entity without filing as a “foreign agent”) They didn’t bother to tell him that they had exculpable evidence (that means we’ve got things that would tend to show you weren’t guilty) nor did they share that with his lawyers… That’s illegal.  It’s called “discovery” and it means that the defendant gets to know what “the state” has on him… ALL the evidence, pro and con.

(Turns out his lawyers knew that there was exculpable evidence and said nothing… I see them hiring lawyers for the lawsuit they’re going to be on the receiving end of.)

Nevertheless, he pled guilty… You know who else pled guilty? A guy named Miranda.  Now you may not recognize that name, but you know the result if you’ve ever been a cop, or watched a cop show, or studied law, or… basically if you were paying attention.  Mister Miranda was framed for rape and kidnaping.  The cops got a confession.  BUT he wasn’t read his rights… SCOTUS ruled in one of the defining cases of the 20th century, that interrogation by law enforcement without informing the defendant of his rights makes that confession inadmissible.

All of this turns on a doctrine called “the fruits of the poisonous tree”. A doctrine that dates back to 1920 and a case called Silverthorne Lumber co. vs the United States. It turns on the idea that if the tree is poisonous, so is everything you get from it.  Or in the law, if the cops get things illegally, nothing they get is usable.

Now there’s some exceptions: If it was discovered by an untainted source it’s still good, if it would have been inevitably found out anyway, it’s good, if it’s doubtful that the source of the evidence is actually from an unlawful act by the police it may fly, and if the warrant served turns out to not have valid probable cause but the cops acted in “good faith” it’s still admissible.  None of those exceptions come into play here… It’s a pretty easy slam dunk that the cops were out to nail Flynn to the barn door, any way they could.  They left a paper trail of emails and memos proving it.

There’s a transcript of Attorney General Barr discussing this at https://www.cbsnews.com/news/attorney-general-william-barr-on-michael-flynn-obamacare-and-coronavirus-restrictions-transcript/?fbclid=IwAR3iXF1ZimLvRb0B1Ju51ei3nz-3s21bnPM52mHor4BEkXxq4d0-IaHJZH4

This whole thing is worth reading, but there’s a few KEY takeaways. (and bear in mind this is CBS, who is not a fan of the current officeholders and not liable to “play nice”) These are just some small excerpts, and there’s gaps between the pieces that I pulled out that you might find interesting:  go read the whole thing. If I had been involved in political machinations as a DOJ employee, I would be getting a really good lawyer about now.

Reporter: “It sounds to me like one of your objectives is to never allow the Justice Department to be used as a political weapon. That’s what you’re saying you think happened here?”

“These are very smart people who were working in the special counsel’s office, and in senior levels of the FBI. So what drove them here?

“Well, I think one of the things you have to guard against, both as a prosecutor and I think as an investigator, is that if you get too wedded to a particular outcome and you’re pursuing a particular agenda, you close your eyes to anything that sort of doesn’t fit with your preconception. And I think that’s probably the phenomenon we’re looking at here.”

“Well, I said we’re gonna get to the bottom of what happened.”

Barr: “Well, as you know, I’m not gonna predict the outcome. But I said that we’re certainly – there probably will be a report as a byproduct of his work. But we also are seeing if there are people who violated the law and should be brought to justice. And that’s what we have our eye on.”

Reporter:  “And that would include individuals involved in the Flynn case?”

Barr:  “I don’t wanna get into particular individuals.”

Now what else is fun, is NBC, specifically Chuck Todd from “Meet the Press” got caught lying by omission, performing selective editing of the transcript I referenced, and then making comments about how this was a political job, and was not done to uphold the Law… In spite of the fact that Barr specifically said multiple times that it was done to uphold the law…

Meet the Press’s twitter account admitted that they had screwed up: the “Meet the Press” Twitter account posted: “You’re correct. Earlier today, we inadvertently and inaccurately cut short a video clip of an interview with AG Barr before offering commentary and analysis. The remaining clip included important remarks from the attorney general that we missed, and we regret the error.”  However, if you aren’t on twitter, well, no retraction exists.

So what’s this all mean? Well I’m not a big fan of the tinfoil hat boys, but it sure looks like there was a group within the federal government at the time when President Trump came into office, a group of government employees sometimes called “the Deep State” that were looking for a way to nail Trump on something impeachable… and one of the big roadblocks for that group was the one guy in the Trump Camp that was a serious player, had been around the block a few times, knew what was going on, and who to watch…

Well, these mistakes are understandable, Obama may be a student of the Chicago way, but he’s pretty inexperienced at this compared to some…  These are mistakes Hillary would never have made, Flynn would have had a horrible accident.  This fall should be INTERESTING.