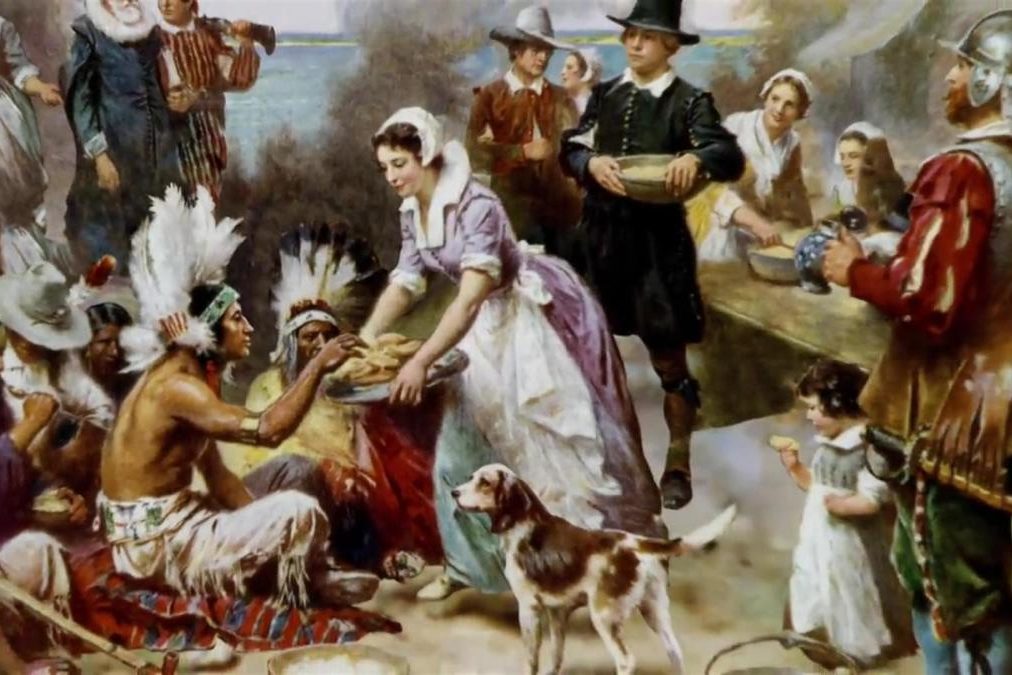 Welcome back to the Scuttlebutt.  I wanted to do a nice, feel-good discussion on Thanksgiving. I dislike running political activist or controversial articles on holidays.  Sadly, my plan dropped in the shitcan, because there’s also the mater of timeliness to consider.

On the one hand, a good rule of thumb is that anything that hits the press in the first 24-48 hours is crap, it’s guesswork at best, and as often wrong as not.  On the other hand, after more than three days, the national media has firmly decided their spin, which is nearly ALWAYS wrong, and true data becomes hard to find.  So, I’m going to discuss this stuff now, instead of waiting, and I apologize if it affects the digestion of your meal.

The topic of the day is violence and menace.

I’m going to start with a discussion brought up in my favorite piñata, the NY-Slimes, which on Monday in their “the morning” segment had a large diatribe on “the politics of menace.”  This was mostly a hand wringing piece on Congressman Paul Gosar (Rep. AZ) who’s staff photoshopped his face on a Anime video and depicted him “slaying” AOC, and swinging a sword at President Biden…

What’s not mentioned is the context, that it was about slaying their positions on open borders.

Now I guess there’s a tie-in there to Thanksgiving, where the Indian tribes helped the Pilgrims survive the winter, and taught them how to work the land here…

You know, a lot is made by open border supporters of how the pilgrims would not have survived if not for the Indians having open boarders… completely ignoring the facts that:

But I digress. (I know, what else is new?) Anyway, once you dig down far enough, the article does make it clear that both sides have become a little less than cordial, although the author, one Catie Edmondson, comes to some ridiculous conclusions in it.

For one thing, she comes to the conclusion that this is all “Trump’s fault.”  This completely ignores the little stunts where Democrats were photoshopped as holding up Trump’s severed head, dripping blood, and that was just fine, NYC’s “Shakespeare in the Park” having written a play about the assassination of President Trump, then-Attorney General Lynch’s calls for liberals to “March, bleed, and die in the streets if that’s what it takes to resist Trump”  Madonna publicly fantasized about blowing up the Whitehouse while Trump was president, Snoop Dogg with his video of him shooting Trump, and so on, ad nauseum. Oh, and let’s not forget the Democratic party member that shot up the Republican Softball team…  Of course, we are supposed to forget that.  That doesn’t jibe with the story she wants to tell.

She would also have you think that this is somehow a new thing.  It’s worth noting here that anytime a reporter tells you something is a new development, they’re probably either lying or misinformed. 11 congressmen have died as a result of duels, or assassinations (mostly duels), 4 more were injured severely in duels, and 5 wounded by Puerto Rican Nationalists in the Capitol Building in 1954 (Oh yes, don’t let anyone tell you that “Jan 6 was the worst violence in the history of the Capitol Building.  It wasn’t, not by a long shot.) In short, violence by or against Congressmen is nothing new.

Personally, I’m an advocate for bringing back dueling.  I suspect that the amount of bullshit and vitriol coming out of people’s mouths might shrink a bit if they knew that they might have to back their words with their lives.

Next, I have to mention the Kyle Rittenhouse verdict and the reactions to it. I said before that there was no way an honest jury, presented with the truth and the law, could convict Rittenhouse.  I’m pleased to be right in this case.  Now I hope Kyle sues the pants off the media and President Biden for their baseless lies trying to spin the narrative.

What I really want to talk about though on that front, is the reactions to the verdict:

Mass robberies in San Francisco, Union Square, Hayward, San Jose, Chicago, Oakbrook, and Portland, (what the hell people, how does Neman Markus, and Louis Vuitton have anything to do with a white guy shooting another white guy who wants to kill him with a skateboard?  Let’s just be honest here, this was an excuse to get your Christmas shopping done early.  And frankly, at least in S/F and surrounding environs, you fuckers brought it on yourselves when you elected to decriminalize theft.  But hey, defund the police! How’s that working for you?)

A dude plowing through a Christmas parade killing 6 (more on that in a second) and an officer (at the time, Lemanski, who is absolutely no fucking relation to me was the “Social Media Director”) for the Democratic party in a county in IL. saying that “this was Karma for letting Rittenhouse go free”:  https://www.westernjournal.com/democrat-says-wisconsin-christmas-parade-massacre-karma-acquittal-kyle-rittenhouse/?utm_source=email&utm_medium=AE&utm_campaign=can&utm_content=2021-11-23

Our “Uniter in Chief, Biden saying “The verdict in Kenosha will leave many Americans feeling angry and concerned, myself included,” (Way to unite folks, Joe)

Congresswoman and BLM activist, Cori Bush, saying the verdict was “white supremacy in action,” adding: “This system isn’t built to hold White supremacists accountable. It’s why Black and brown folks are brutalized and put in cages while White Supremacist murderers walk free.” (See all of my previous comments on who shot who, and who just got released, etc…)

BLM claiming that Rittenhouse was freed only because he was white. This ignores the facts that:

The guys he shot were all white dudes,

A black dude that shot and killed several cops was just acquitted, (he’s going to jail but that’s because he’s a felon in possession of a pistol, not because he killed cops with it)

Look, if you want to find racists, look for the people who are constantly talking about how some race is all fucked up.  BLM seems to WANT a war.  Be careful what you ask for. https://www.dailywire.com/news/black-lives-matter-responds-after-rittenhouse-says-he-supports-their-movement?itm_source=parsely-api&utm_source=cnemail&utm_medium=email&utm_content=112321-news&utm_campaign=position5

Now let’s dig a little deeper into the Waukesha homicide by SUV.  I found it both hilarious and sad, that two hours after the murder of 6 people by SUV the MSM Press had virtually nothing. “There was an accident during a Christmas parade in Waukesha, there may be injuries, the driver may have been fleeing Police.”  It’s worth noting that there were zero reports of a chase in progress by any police officer in WI at that time… but hey MSM, way to divert and try to make the cops the bad guys!

Meanwhile, 4chan has “Dude’s name was Darrell Brooks, he’s a BLM activist, out on bail, 50-page rap sheet, Wanna-be rapper, who talks about ‘killin old white folk and Jews,’ a follower of ‘The Black Hebrew Israelites’ (Dude, I can’t even explain it, look them up, you wouldn’t believe me if I told you, they’re too Out There to even describe.) who brags about being ‘a killer in the city, and a terrorist for Black Lives Mater’.”

I mean come on, it’s not like this isn’t going to get out!  Does the MSM think that if they don’t report it, it didn’t happen???  Hell, this isn’t even the first time this fuck tried to kill someone with a car, he had previously tried to do in an old girlfriend that way.

And lest I forget to lay the blame for the dead where it belongs, DA John Chisolm, who set the bail for Brooks at $1,000, is quoted as saying: “Is there going to be an individual I divert or put into a program who’s going to go out and kill? You bet.”  So far, in addition to this latest fiasco, in 2013 he gave deferred prosecution to a drug dealer with previous convictions, who then injected a 26 YO female with a massive overdose of Heroin, then tried to hide the body… So it seems that Mr. Chisolm doesn’t learn the first time.  Either that, or he sees career criminals as more important than peaceful citizens.

Oh, and to round out the ridiculousness for the week, we have a couple of real winner decisions by the City of New York.

First, they have decided that children under the age of 18 can’t be in the Macy’s Thanksgiving Day parade.  They can be in the crowds watching the parade, jammed up as we used to say in the Navy “nut to butt,” but they can’t be on a float, where it’s relatively uncrowded and the likelihood of catching anything is minimal.  Someone explain this to me, please???

Then they have moved to allow the 800,000 non-citizen residents of the city to vote in local elections.  Yeah, you read that right.  People that don’t care enough to become citizens, get to vote.  Well, good luck with that.