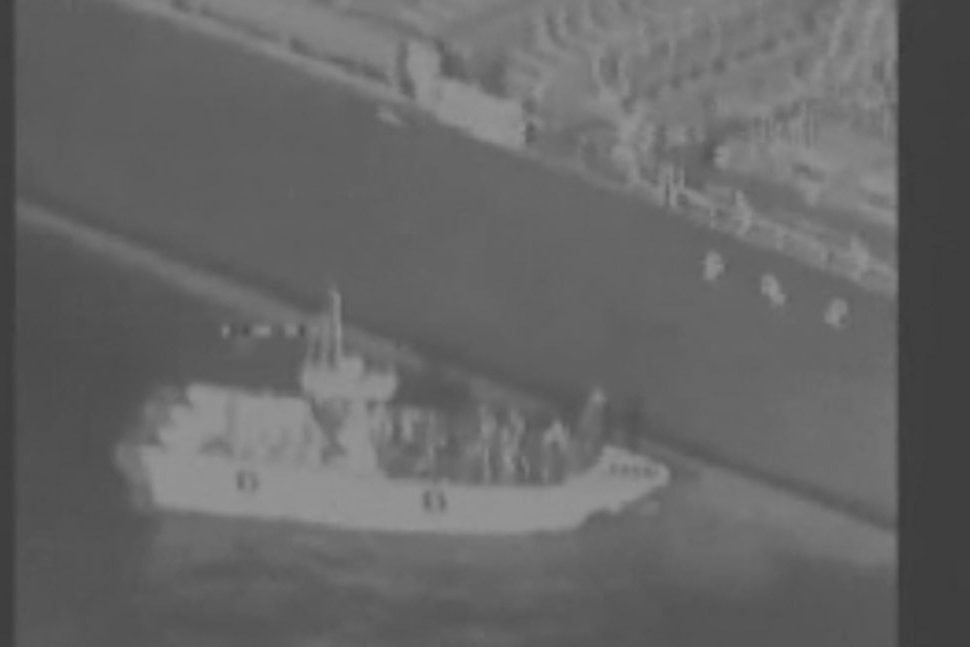 Here, have something a little stronger, because “here we go again”.

Back when I was practicing killing a commie for mommy stuff, we had a little thing called the Tanker wars. 1987-1988.  It was the first time Iran decided that the gulf was their pond. Well, after all, most of the world calls it the Persian Gulf, and Iran is the heir of “Persia” so it must be theirs, right? RIGHT?

I’m sort of torn on this because it’s not our ships who were attacked.  On the other hand, they hit two of our allies, one of which was definitively trying to help us out.  I’ll explain, for those that missed it.

Last Thursday: the day my last post about the Navy, and the people who wanted to mess with it hit the press, the Prime Minister of Japan was in Iran. He was carrying a message of Diplomacy to the Mullahs.  Based on really solid intelligence, (see photo above) the answer the Iranian Revolutionary Guard chose to give was to attack and try to sink a Japanese tanker, and a Norwegian Tanker headed for Japan as well.

Our problem? Yes and No.  Not our ships, so “not our problem.”

Norway is part of NATO, and Japan is part of SEATO, both are treaties that we formed, and through which, we promised to defend the signatories there-of.  “an attack on one is an attack on all.”

That sort of makes it “our problem”.

Above and beyond that, the attacks seem to be the response to our pressure to isolate Iran until they come back to the negotiation table on the subject of nuclear weapons.  Of course, Iran is denying that this is the case. Hell, they’re denying that they conducted the attacks. Of course, they’ve also denied that they want nuclear weapons, and that they were enriching uranium, and that they attacked the ships they put limpet mines on in May, and … well, you get the idea. Basically, if the US said the sun will rise tomorrow, they will deny it.

Further, it might “technically” be true.  “The military forces of the government of Iran did not attack those vessels.”  Well, as the Revolutionary Guard are not considered by the Iranian Government to be “military forces of the Government” … That’s their way out.  But they’ve got the crew of one of the two ships captured, and the other crew they tried to take until a US Warship said “the fuck you say camel boy” and backed it up with guns.

So, what to do?  Well, we could redo the Tanker war, by reflagging all vessels coming in or out as American and escorting them with US Navy ships.  That’s what we did last time, and it worked (basically) but it was long and expensive, and we got a couple of ships hurt pretty bad over the whole thing, which did NOT conclusively end the issue. (QED, we’re having to do it again.)

I submit that it’s time to take a page from Teddy R.s book.

A little punitive expedition.  Another president whose last name started with R did one of them too… On Libya.  After which Kaddafi was a quiet, humble, bumble.

No, I’m not advocating a “war”.  I don’t want to invade Iran, but I would run a sea and air assault that would sink their fucking navy at the pier, and while I’m at it, a few bunker busters on their nuclear enrichment facility, take out their Air Force (such as it is)  and one on “the house of leadership”, the official residence of the “Supreme Leader”. Even if we don’t get him, (and I’ve got pretty good faith in our ability to identify whether he’s at home or not) it makes it clear that “we’re sick of your shit, and we will not put up with it anymore.”

Yes, that’s effectively an act of war.  What are they going to do that they haven’t already done?  If they no longer have a Navy or an Air Force frankly there’s not a whole lot they can do to us, other than plant mines… which they’re already doing, so…

Further, planting mines on civilian vessels? Yeah, that’s an act of war too.

Last week I said: “Stand by, life can become interesting on a moment’s notice.  Keep an eye on the world around you bad things could be coming back in fashion.”

Well, shit, I didn’t think it would be this fast.