Tales of a Siren: Live Life 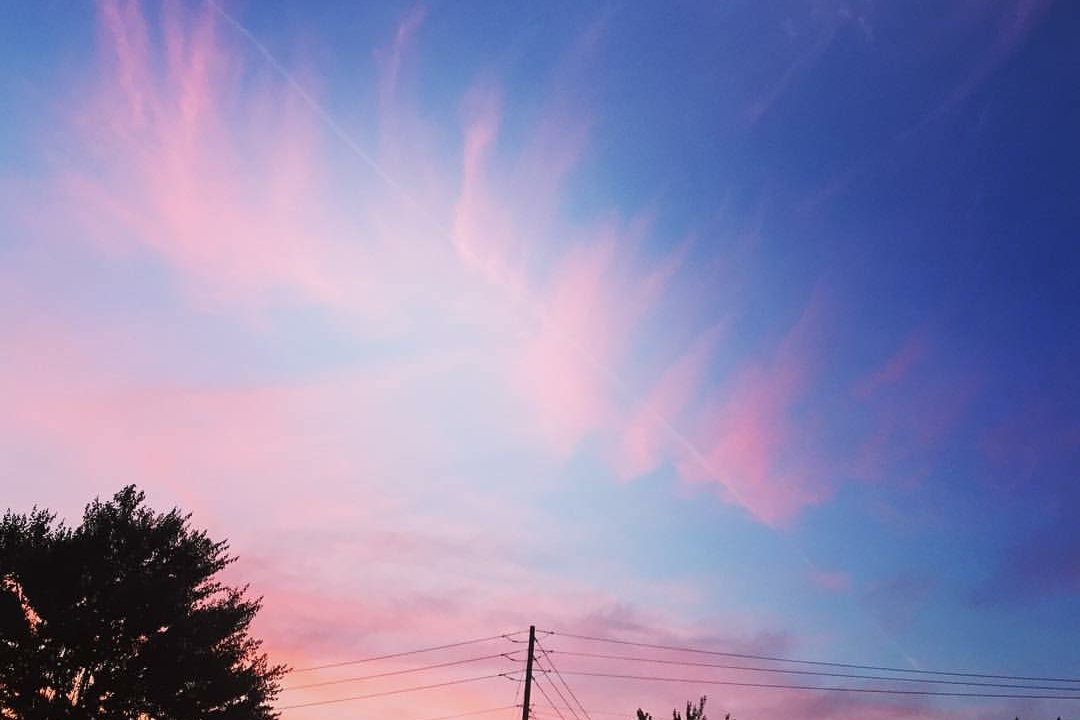 Five weeks of exploring new ways to approach life, people, situations, and where we find ourselves. Maybe the quest for something bigger and more than where we currently are never truly leaves us as we walk this world.  I can’t imagine not wanting to become better and push more to be a better human being on a day to day basis or what that would be like.  I mean I have my moments but there is push for something more that I am so thankful for. Just recently I was reminded all too quickly of just how short this journey is. In one split second everything can change.  Maybe that’s is one of the driving forces of being the change in this world. One person can make someone smile and one person can influence someone else for the better.

Around five years ago I was in a terrible car wreck. I remember it so well and pray that I nor anyone I know is ever in one.  I was ecstatic as it was the week before our Worlds dance competition. I was on my way to pick up my friend that always drove with me on our monthly drive to Birmingham for our last dance lesson of the year. It was going to be an awesome day! I was just pulling into the intersection when something told me to look right one more time. As I turned to look I saw a car careening towards me. I wasn’t going to make it through the intersection. I tried my best to stop.  The Lincoln Town Car slammed into my car. I narrowly missed being T boned. Instead the front of my car was ripped off and I was sent spinning into the intersection. I  am not sure as to how many times I spun. I lost count of how many times I saw the power poles flash in front of my car. I finally stopped. I sat there dazed. Going through the check list of each part of my body making sure I still had both legs, arms, and all of my  fingers. I could feel them. All that seemed to make sense was get out of the car. I was scared someone else was going to hit me. So, I slowly made my way out of my once beautiful red, two door, Cobalt.   A man was running towards me, telling me not to move and to sit down. I needed my phone that was in my trunk. I had to call my friend and my mom. I manged to get my phone and call them.  The sweet man (I never got his name,the one that I am to this convinced was my angel that day) gently took the phone from my hands and proceeded to tell them both where we were. He had already called 911. He gave me his handkerchief and sat quietly with assuring me I would be just fine.  The ambulance came and they placed me onto a stretcher. I was at this point completely in shock. The EMT that day had grown up in the same small town I had and knew my dad.  He knew exactly what to say. Somehow he was able to calm me and assure me that everything was going to be OK.

At the hospital they ran tests and kept me for quite some time. My doctor sat in disbelief of how little damage had been done to me. The severity of the damage done to my car should have left me immobile and unable to do much of anything.  He couldn’t find anything wrong other than bruising to the bone in my ribs, legs and arms. He said that would be the challenge because some of it could last up to six months.  I was sent home with pain pills and muscle relaxers. My mom and my friend had arrived and took me home. I felt awful. It felt rather like someone had put me in paint shaker and left me to fend for myself.

All that seemed to resound in my head was the fact that I wanted to make my Worlds dance competition.  I had worked all year to make it.  I begged my primary care doctor for permission to go. He granted it saying he knew I would go with or without his permission.  He was probably correct in his thinking.  I was and still am one stubborn young lady and I was going no matter what.  There was no way I was missing one more opportunity to dance.  I had worked way to hard to not go! I also wasn’t completely broken so why not?

In two quick micro seconds my whole life could have been changed forever. I was beyond blessed to have made it out with no lasting effects. My brain went straight to “what if” scenarios. What if had died, been paralyzed or lost the gift of being able to dance.  What would I have left behind? I had however made it and was given another opportunity.  I realized life was short and not promised. The here and now was place to make a difference.  God had not promised me tomorrow.  But the moment that I was in could make all the difference in the world.  The turning point of being the change in the world on day to day basis became a true and a heartfelt reality. I could make a difference but only if I really wanted it. Time seemed shorter and a bit more precious to me. What could I do each day to be different and make a difference.

Five days later we left for our Worlds dance competition. I was set on doing my best and dancing like it was my last chance.  I was so thankful to be able to dance nothing could hold me back.  My day of dancing at Worlds came. I was still so sore and moving was less than ideal. But I was determined to dance and do the best that I could. Polka dancing was the worst. Talk about a paint shaker. I remember not being able to breathe properly. My dance teacher being so patient and telling me I could do it.  I made it, although the struggle was so real!  Eight dances later and on the verge of having a come apart because my emotions were running high and nothing felt amazing, I placed third over all out of the whole world. I was beyond elated. The feeling of utter and complete humbleness and gratitude overwhelmed me and I knew I could have never made it without all of the love and support I had going into worlds and when leaving worlds that year. I was meant to do more and dance more. I had been given more time to be the change and make a difference.  Now how to do such a thing became the thing to do.

The memory of finding out one of our close family friends had been diagnosed with terminal cancer and only had a few short weeks to live impacted me greatly. Time passed at the speed of light and my friend had passed to the other side. The legacy left and the love that they passed on was something I knew I needed to strive for.  Her words of wisdom resounding my head. “ Don’t be afraid to live life and love as much as you can”

Don’t be afraid to live it up. Eat the chocolate cake, buy the cute pair of shoes, laugh like it’s the first the time. Talk to the cute guy or girl. You never know until you try.   Take the trip to someplace new. Maybe you’ve always wanted to go skydiving, perhaps it’s a cruise to Alaska.  Truth, we are not promised tomorrow but what we do in the here and now, makes us into an even better version of who we were.  You never know what influence you have on someone or someplace. We were not meant to live in fear. If we feared everything we would never live life. We are not promised tomorrow and sometimes our tomorrow is not what we anticipated.  But what if everyone took one second out of their day to be the change, make a difference, be positive and make the best out of wherever they find themselves?

It’s what I like to call the ripple effect. Have you ever skipped a stone across the water. Sometimes it skips perfectly and other times it never skips and it sinks causing nothing to happen.  It can go two and even three different ways. It can cause good or it can do absolutely nothing and sometimes it causes a big splash that no one was expecting. The choice is yours and yours alone. The way we react has the cause and effect on the ripple.  Live it, breathe it, be a light and shine in world that can be so full of darkness.  Maybe you helped save a life, caused someone to smile, or made someone feel like they mattered.  People matter, feelings matter and what we all do matters. The only thing we have to fear is fear itself.

In closing, live life like it’s your last day to walk this earth. Show love always because that is what we are called to do. Be a light in the darkness. You never know what tomorrow holds.  Tomorrow is whole new day, fresh and bright. A new day can be see almost as if someone has pressed the restart button. You make the choice and can cause the ripple in the water that stretches to the shore line. Sometimes those ripples are seen and other times they are felt. But a ripple unfelt can be just a important.  If we choose to say nothing or do nothing than we can find ourselves in a very insecure place. We know what we are capable of. All the while knowing that we never walk alone. You make the choice to cause the ripple in the water that stretches to the shore line.   It is your choice and your choice alone.  Live life always to fullest. Here’s to times with friends and family, birthday parties and chocolate cake, impromptu trips to someplace new. Live life always with all the love you can muster.