Stop Using Lex As a Weapon 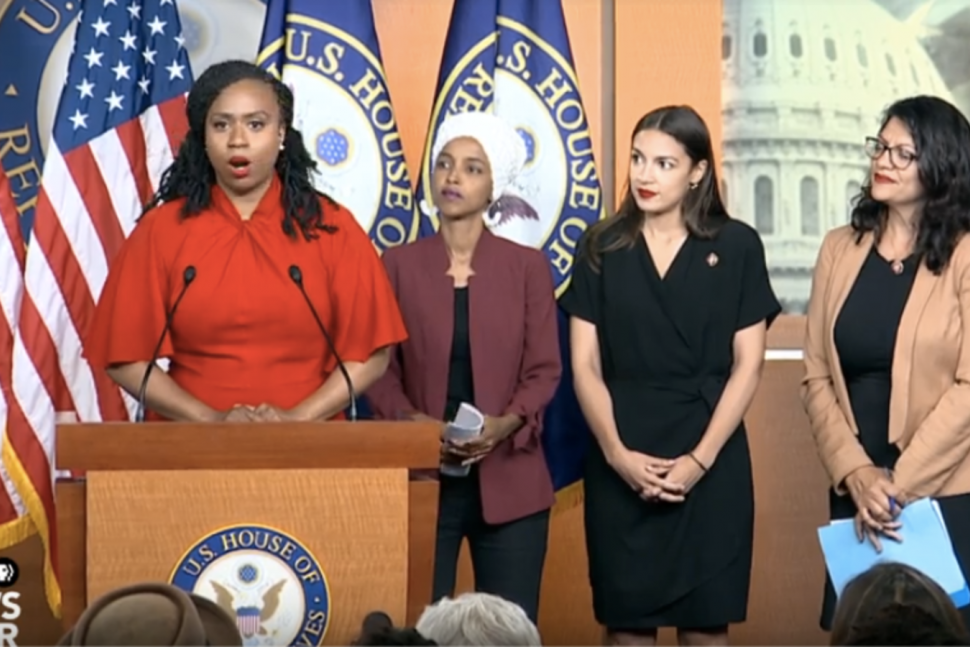 Lexicon: the vocabulary of a person, language, or branch of knowledge. In short, “words”.

Well, I really hadn’t planned on weighing in Trump’s “go back where you came from and fix it” tweet, but I don’t have a better target for the week, and this seems right now, to be the story that just WON’T DIE.

That said, I’m not going to talk about what Trump said, you can find the actual quote in several places, or you can find some Op-Ed piece that will tell you what someone thinks he said, or what he “meant” by what he said, or…

And THAT is what I’m going to talk about.  There is no end of people that will give you an interpretation of what he said and what he meant by that, and who he meant it to… (funny thing, he didn’t call anyone by name, but everyone seems to know who they’re sure he named.  The so-called “Squad”. Funny thing, they don’t look like any military squad I’ve ever seen, and if it’s a cheerleading squad, I have nothing but pity for the school or team they’re cheering for.)

Seemingly ALL of the people that have an interpretation say “RACIST!”  usually with spittle flying from their mouths, a little foam, and eyes that look like the scene from The Shining, when Jack breaks through the door, with “Here’s Johnny!”

Of course, last week, many of the same people were calling no less of a card-carrying liberal than Nancy Pelosi a “RACIST!” with the same venom and verve.  The week before that, I honestly don’t remember who was the Racist of the week… And that’s the thing.

It’s become the new norm.  Anyone who disagrees with Antifa, or with AOC, or whoever is the darling of the moment with the press, is a “RACIST!” Oh, and usually a homophobe, and sexist, and…

Well, folks here’s the thing.  When you use a label too often, it becomes worthless. The folks on the left have used that set of epithets so often they’ve lost their sting.  They’re meaningless. Like crying wolf, or like what was originally a slam on Submariners: We were called “bubbleheads” which meant a stupid or foolish person, a dolt.  Now, it’s a source of PRIDE, we’re proud of being bubbleheads, and anyone who can say with a straight face that submariners are stupid is so ignorant of what is required to wear those silver or gold dolphins as to be laughable.

The Midwest, the west with the exception of the coast, the south, are getting to the point of just laughing at being called “RACIST!”  It’s become a joke, and all it means now is someone who is insufficiently pure at this second in their ideological litmus test.

Words used to have meanings.  Anymore even dictionaries (or at least their editorial staff) no longer think that words have a set meaning.  Brit Hume, a Fox News senior analyst argued that what Trump said was not actually racist, using the definition from Merriam-Webster’s website as an explanation of what the word means.  Webster’s social media presence immediately piped up suggesting that what a word means according to the definition in a dictionary doesn’t really mean that the word means that…

There’s this thing called Moral Relativism, that used to mean that there’s no such thing as Truth, or Right, or Wrong, that everything must be taken in a cultural context.  Nowadays this seems to be another thing that has changed meaning and means that there’s no such thing as truth, everything must be taken in the context of the culture unless it’s WESTERN culture, then it must meet whatever the standards are this second.  (witness the asshats that are demanding we tear down all the statues of Jefferson and Washington, because they owned slaves… If Moral Relativism’s old definition were followed, we would need to look at “well, what is the culture that these folks lived in, what was accepted and in fact, strongly encouraged by the mores of the day?”  But, because these were westerners, that’s not the test they must pass. Shaka kaSenzangakhona, also known as Shaka Zulu on the other hand, who ordered all the pregnant women and their husbands in his country killed because his mommy died, well “he’s a great man and a product of his time and culture”.)

This is not sane.

Look, the press and the radicals on both sides are doing their utmost to pry the nation into two forted up camps, and push those camps further and further apart.  Each side’s fanatics are trying to demonize and dehumanize the other side. My fear is that they’re going to succeed. If they ever do, that will be the starting point for the civil war, in the same way, that “bloody Kansas” was the starting point for the LAST civil war.

It’s hard to fight someone who is a friend, but who has some crazy ideas.  It’s easy to kill a slobbering animal who wants to kill everyone who thinks as you do.  And that seems to be the picture that the far left and the far right want to paint each other into.

Don’t let them.  A civil war is the worst lie in the world, and there are no winners, just survivors.  Furthermore, no matter which side wins, the nation will never be the same again. I know I don’t want to live in the nation the far left wants to create, but I’m pretty sure I wouldn’t like the nation that would come to be if the far-right won either… so seriously, let’s just NOT, ok?

Lets get back to an agreement that there’s good, and there’s bad, and that may have changed a little over the years, but there’s some stuff that is NEVER OK, and there’s some stuff that we will have to disagree about, and yeah, that disagreement can be loud, but in the end, we can let the other poor deluded fool believe that, because it’s not going to change the world, and they’re not demons for it.

If we can’t find our way back there, soon, we’re in a world of shit.  When words become nothing but weapons, the next step is shooting. That’s just not a good idea.