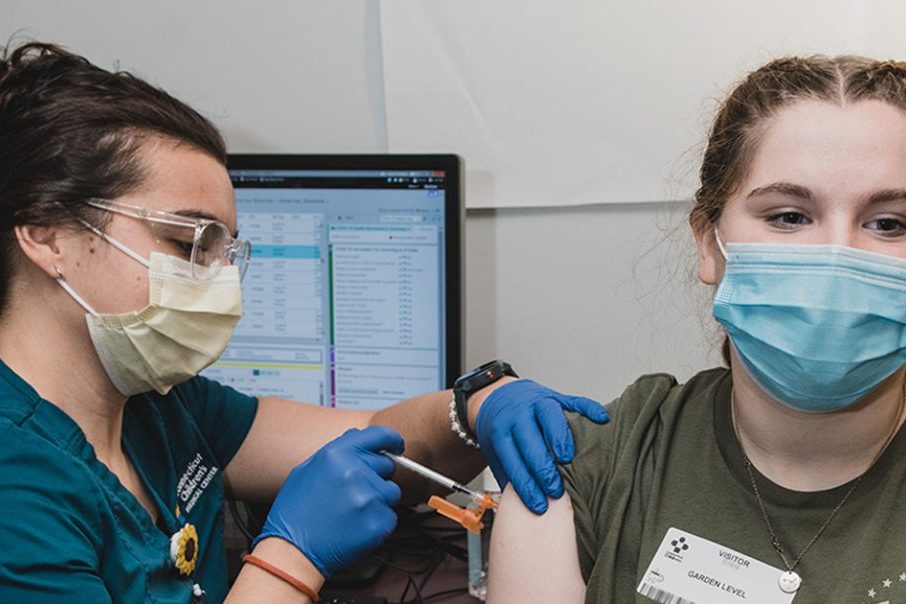 Greetings everybody. Welcome to The Scuttlebutt. Unfortunately for all of you, Chief Lehman has violated a couple of safety regs and needs the day off. No worries, it’s just a couple of cut fingers and a nail that may never be the same. That still means that you’re stuck with me for this week.

My name, if you’re wondering, is Jim McCoy. Yes, I am the Real McCoy and yes, my ancestors did indeed have a bit of a scrum with some a’ them there Hatfield fellas. No, I don’t have the family recipe for moonshine and even if I did I wouldn’t admit it. I have a degree in history and I drive a cab for a living. My plan was to be a professor but my grad school career fell apart when my marriage did. I’m looking forward to sharing my views with all of you.

So come on in. Have a seat. Coffee’s in the pot. Don’t mind me and my flavored creamers. You can drink it black for all I care. If you want something stronger it’s in either the cabinet or the fridge. Smoke ‘em if you got ‘em. I don’t mind. All I ask is that you knock the mud off your boots before you put ‘em on the table. Preferably outside. Stop pouting. I ain’t asking for much.

Reports are out about an increase in cardiac incidents among young people. Source.

This is worrisome folks. COVID has always been an old person’s disease. Some youngsters died, but it was rare. For kids to be kicking off is bad. It’s weird though because we usually know the reason for something like this. Think about it. Young men tend to die at a higher rate during wartime for reasons that should be fairly obvious. There was an increase in drunk driving deaths a few decades back when the drinking age was lowered to eighteen. We know what caused those and I know what you’re all thinking but you may not be right.

Those of you who have studied statistics at some point in your life already know what I’m about to say, but for those that haven’t: Correlation does not imply causation. So, the fact that many of the young people who are suffering from Cardiac Arrests also got the jab doesn’t mean that it was the jab that caused it. Source. There could be another cause for it. What would that be? I don’t know. My degree is in history, not medicine. I do know two things:

1.) A correlation doesn’t DISprove causation either. It doesn’t have to be the jab that causes these kids to die, but it could be. We don’t know. Source.

2.) We need to figure out what is causing this and see if we can find a way to either prevent or mitigate the effects of whatever is going on. Seriously folks, my oldest daughter turns seventeen today and her little sister is eleven. I’m all for figuring out what’s causing this and finding a way to fight it. My kids might be at risk. And if that’s a selfish way to think, so be it.

Let’s face it, a lot of this debate is political. One side never wanted the “vax” and they’re looking for a reason to say it was evil. The other side believes that everything that could have been done to decrease the effect of the pandemic needed to be done and that everyone who disagrees with them is a “conspiracy theorist.”

As far as finding out what’s causing this mess and how to keep it from getting worse you both need to stop yelling at each other and listen. Someone with far more medical knowledge than I have, or probably several of them, needs to sit down, examine some patients, put some facts together and do some real science here. And if the two sides want to stand in the way, then a pox on both your houses.

Speaking of things like daughters and statistics, I can’t tell you all how proud I was when Daddy’s Baby Girl (who will claw his eyes out if she finds out I called her that) told me that she was taking AP Stats next year. People, I could do a whole post just about why statistics is important and how much you can learn that will protect you from dishonesty, misleading information, and flat-out lies that your mind will be blown.

Folks, get your kids educated in statistics. Make them learn how to read a graph. They need to know how easy it is to manipulate things subtly and exaggerate them using a graph. They need to know that how information is presented matters. All it takes is a semester. And, put bluntly, you adults out there who haven’t taken statistics could use a quick lesson in at least the basics, too. If you’re not in school anymore, find some free lessons online. You’ll probably need to brush up a bit on some basic math too, but at least you’ll have some basic knowledge of how things work.

And while I’m on the subject (Pun totally intended. Slap your knee! NOW!) I’d like to see training in statistics added to the curriculum required for graduation from every high school, college, and university in the country. It’s not easy, but it’s necessary and it could help get this country pointed in the right direction again.

For the record, I don’t like the idea that this should come from the Department of Education, Federal Edition. The federal government has too much control over too much of our lives already. If I could I’d print the Tenth Amendment out on newsprint and run around whacking Congress critters on the nose with it every time they tried to exceed the limits of their delineated powers. Ditto for the President. Both sides are guilty here, so stop pointing fingers. I’d get quite a workout this way. Then again, I could use one. I’m a big dude.

While we’re discussing problems in the American educational system, let’s talk about history for a second. That is my thing. Recent surveys have shown that many American teens either don’t know much about the Holocaust. Source.

This is a problem folks. Not only did the Holocaust happen, but it was every bit as bad as what we were all taught and probably worse. For those out there asking what I know about it, I’ll tell you this: As a history major, I was required to take a capstone class, and write a capstone paper. It’s kind of like a master’s thesis or a doctoral dissertation, only much simpler and shorter. I did mine on the involvement of the Heer, the German Army during World War II. If you’re thinking that’s the Wehrmacht, you’re wrong. The Wehrmacht was the closest thing Nazi Germany had to a department of defense. It included the Heer, the Kriegsmarine (Navy), and Luftwaffe (Air Force). I’ve actually read excerpts from the Nuremberg Trials after the end of the war. Thank God I wasn’t doing a thesis or dissertation or I’d have had to read the whole thing.

My point is this: The Holocaust is probably the single most significant event in all of human history and it’s not being taught. That’s a problem. I have my suspicions about why that might be, most of them revolving around politics. That shouldn’t stand in the way here.

While we’re on the subject of history and World War II, here’s something else I’ve been ruminating on: The world sure does seem to be sending an awful lot of military support to Ukraine to fight off the Russian invasion. Source.

This is maybe the smartest thing the world can do. I mean that really, honestly, and truly.

Here’s the thing though, folks: He might still be expansionist. And, let’s face it, Putin did try to annex four regions of Ukraine, not too long ago based on the fact that they contained ethnic Russians. Source.

Those of us who are history-minded will remember that Adolph Hitler annexed the Sudetenland under the same pretext and he didn’t stop there, no matter how much Neville Chamberlain wanted him to. Source.

Here’s what you need to remember: The idea of entering World War I was a non-starter for most Americans. When Woodrow Wilson ran for reelection, his slogan was “He kept us out of war.” Source.

The United States lost over one hundred thousand troops fighting that war, although many of them were lost to the Spanish Flu. Source. Most Americans wanted to avoid World War II as well. Source. That one cost us up to four-hundred twenty thousand dead. Source.

I haven’t even included the wounded and missing because I’m too lazy to look up the totals, but there were a lot.

My point is this: Ukraine is holding its own right now. The troops dying in defense of Ukraine are Ukrainian, not American. All of this support is costing the US, and the rest of the world, a lot of money. I can’t see where letting Putin get out and get established is, at best, a bad plan. A war against Russia would likely cost a lot more than what we’re spending now and it would damn sure mean a huge increase in American casualties.

Hitler himself admitted that if the Nazis had been opposed when they seized the Rhineland from France they would have lost. “The forty-eight hours after the march into the Rhineland were the most nerve-racking in my life. If the French had marched into the Rhineland, we would have had to withdraw with our tail between our legs, for the military resources at our disposal would have been wholly inadequate for even a moderate resistance.” Source.

I have the feeling that he would have described the Ukrainian resistance as more than merely “moderate” but the fact remains that as long as Putin’s stuck there he’s not attacking anywhere else.


If the effort to bottle Putin and the Russians up in Ukraine works, we’ll probably never know if he had a plan to expand afterward. I’m okay with that. History’s “might-have-been”s make good stories. That said, some are things we’re all better off not knowing. I mean that.


I have a friend named Kristy. Her youngest son is currently in the US Army’s Delayed Enlistment program. Leaving aside the possibility of a nuclear exchange, do you really think Kristy, or the thousands of other military mothers out there, really feel a need to know what Putin will do if he succeeds in Ukraine, given what the costs might be to their children? Why not pay the cost in dollars now versus the potential cost in lives later? Chamberlain found out the hard way and left it to Churchill, FDR, and Stalin to clean up his mess. I’d rather not go that route.

It’s almost like, just this once, somebody in power took an actual history class and maybe even paid attention. Like it or not, assisting Ukraine is the best evidence that I have ever seen that the world has learned from its mistakes. If that keeps American troops alive I’m all for it. As a historian, it makes me positively giddy.

I guess that’s all I’ve got for now. Thank you to all that have made it this far into my little diatribe. I hope I’ve given you something to think about, or amused you in some way.

(Jim McCoy is the owner of Jimbo’s Awesome Science Fiction and Fantasy Reviews at jimbossffreviews.blogspot.com where he regularly engages in review, hijinx, and hilarity. He would like to take this chance to publicly thank Mr. Lehman for allowing him the opportunity to play in his sandbox.)