Some Days It’s Rough Being a Pundit 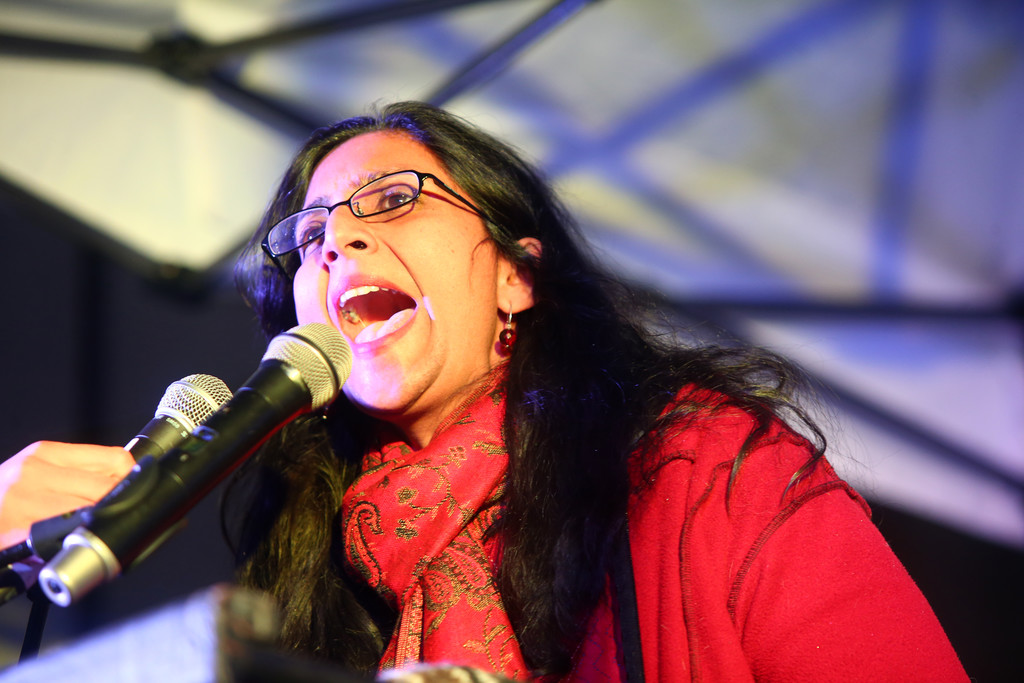 Welcome back to the Scuttlebutt. Pull up a bucket and cop a squat.

Ya’ know, some weeks it’s hard to be a pundit, sometimes because there’s not much worth writing about.  Other times it’s because you have an embarrassment of riches.

This week has been the latter.  I’m desperately tempted to hit the court-martial of the officer of the deck on the USS Franklin, which concluded this week, and with it the article from Admiral Aucoin (former Seventh Fleet) as published in Proceedings magazine. I may still do something on this at some point in the future.

Then there’s the president’s actions both in Korea, and in Iran.  All good stuff to write about there. Oh and I could truly make hay with the charges and the scandal around Eric Schneiderman, a dear friend of Hillary and an allegedly “woke” and “enlightened” “New model man.” By which he means serial sexual abuser…

But instead I think I will take the crazy, shrieking Harpy pictured above, and her “Head Tax”.

I grew up in Michigan in the 60’s and 70’s.  The state of Michigan firmly believed that the auto industry and other heavy industries were there forever and couldn’t leave even if they wanted to.  As a result, the state and local governments felt it was their just right to make that industry pay for everything. We had the best unemployment insurance, the best food stamps, (to the point that neighboring states encouraged their citizens to move to Michigan)  the best schools, etc… all paid for by industry, which, after all, couldn’t do anything about it. They were the geese that laid the golden eggs.

Well, here’s the thing, eventually the goose got tired of getting screwed, and waddled south in search of a friendlier farmer. It became cheaper for them to abandon their factories to rot, and build new ones down south, rather than continue to get gouged by the taxes, unions, and other costs of doing business in Michigan. All of this helps explain why good-ol’ boys in Tennessee are now making bank, and the city of Detroit is, for all intents and purposes a corpse.

See, the mistake the state made was to believe that The State made the economic powerhouse.

Well, one of the big things that differentiates a communist/socialist (like Sawant above) from the average capitalist is that they NEVER learn from history.  Sawant and her cronies have put forward a proposal to tax all of the “High Grossing Businesses” based on how many man hours of labor they use. Let’s think about that for just a second… The more people or the more man days you employ, the more you have to pay.  So, if you grow, and employ more people (thus raising the amount of income and spending, and the tax base) you have to pay more taxes. This is an encouragement to NOT employ more people. The City Council has made it clear that they are aiming this directly at Amazon, and the other large companies that have made Seattle a boom town. It will cost Amazon alone 20 MILLION a year.

Well, guess what? Surprise-Surprise, Amazon immediately stopped design and pre-construction on a new 17 story High Rise office building.  Sawant calls this “extortion” and demands that city not cave in. Now Amazon has donated two buildings on their campus to help house the homeless, but that isn’t good enough, according to Sawant “we need to tax them! They need to pay their fair share!”

Now before I mention this next bit, I need to do some explaining to those of you that haven’t been following this silly twits career. She got to where she is by getting her followers, (mostly union members) to join as a group and shout down any opposition.  If you were speaking against something she wanted, you would not be allowed to utter a single syllable, because they would have some little chant relevant to the discussion, that they would scream at the tops of their lungs every time you opened your mouth.

Well she’s lost the unions.  The last time she tried to speak out about this tax of hers, the unions treated her to the same medicine she’s been so famous for.  When as a communist you lose the unions? Yeah, you’re pretty much fucked.

So, let’s talk a bit about the theory behind this tax.  See the city council says that Seattle is in the midst of a boom, and so the business that are taking advantage of this boom to make money, should pay for the hardship that the boom brings on the poor people, by raising the cost of housing.

Dwell on that for a second.

Their theory is that the City is creating a boom, the business is taking advantage of the boom.

Now if this doesn’t seem backwards to you, you must have stumbled in here by mistake.  Cities don’t create booms (unless it’s by lowering taxes and making it less expensive to do business in a location). Cities profit from booms.

Here’s the bottom line.  The city of Seattle about twenty years or so ago, decided it was going to be the most “enlightened” most homeless friendly, city in the United States.  They decided they would make it better to be homeless in Seattle, than anywhere else, by making laws, services, etc. as friendly as possible to take care of the homeless.

“Freeattle” as the homeless call the place has made itself the Mecca of homelessness.  Guess what? That which you reward, you get more of. That which you discourage you get less of.  They have encouraged the homeless to come here from all over, and now they’re working hard on encouraging business to leave.

That’s what Detroit did.  Look how well it worked for them.  That’s also what Venezuela did… How did that work for them?

Hey, keep your hand on your wallet, and watch the crooks. They don’t all wear stockings over their heads, some wear horn rimmed glasses and a socialist flag.