SOLO can you go 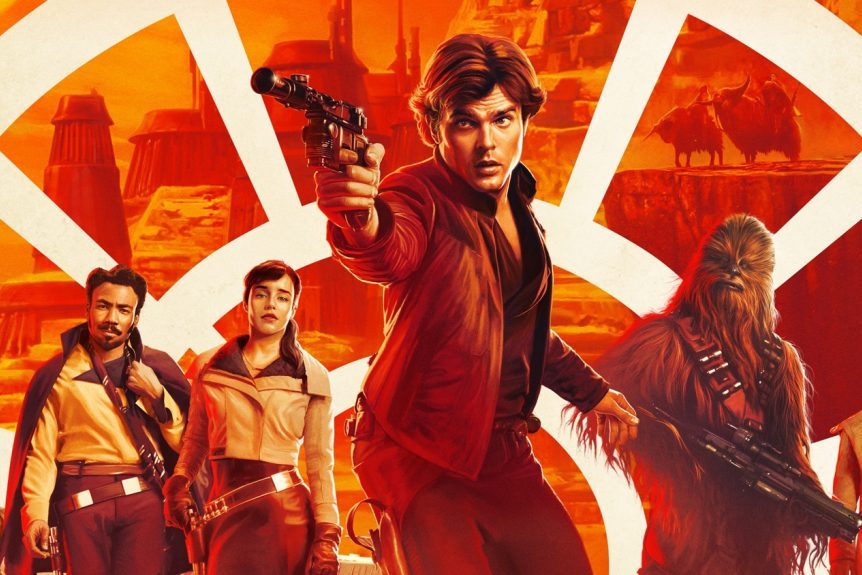 Welcome back to the Scuttlebutt. Look, you knew I was going to have to review this, I saw the original Star Wars in the theater. Yes, I am that old. (No spoilers I promise.)

I’m going to cut right to the chase here, instead of burying the lede. Good flick.  Not the best in the S/W universe, that was probably a toss up between the Empire Strikes Back, and Return of the Jedi, in my not so humble opinion.  It was however far better than The Force Awakens, and I thought better than The Last Jedi. (frankly I hated TFA as being way to much of a recycle of ideas already done to death, and with plot holes you could drive a Death Star through)

There’s a lot of Fanboys out there hating on this flick, and I just don’t see it.  Solo acts like you would expect a young Solo to act, they explained several things that had been left as mysteries in the earlier works, including putting a patch over the infamous “Kessel run in less than 12 parsecs”. Yes, we all know that a parsec is a measure of distance… This explains with at least a bit of vicissitude why that DOES make sense.

Look, if you’re looking for “high art”, this ain’t it.  But it stays true to the characters and tropes of the Star Wars universe.  It’s a fun flick.

There’s a lot of whining on the right about a certain robot (believe me, you know her when you meet her). To my compatriots on the right, I say “dude, don’t be what you complain about the left being!”  The left will complain about anything that isn’t jingoistically pure and marching in lockstep with their agenda. For Fuck Sake, so there’s a Robot that sees the ownership of AIs as slavery to be protested, is that not reasonable?  What is a man that thou art mindful?

And as for the complaints that Lando is something other than the male horndog that you guys have him as in your minds… well people do change, especially under extreme circumstances. This flick takes place about 20 years or so before the New Hope, based upon who is alive.  Twenty years will change a person.

Enjoy the movie for what it is, a decent back story of one of the more fun characters in the series, a character that many people are intrigued with.  And if the actor that has the title role isn’t Harrison Ford, well, who is? He’s getting damn long in the tooth, no way he can play a kid.

As for the whines that “Oh evil Disney made it, therefore we must hate it on principle”? Pathetic.  Judge a work on its merits, not on what company produced it. You sound like the old Soviets complaining about anything made by the west, just on general principle…  That, or my dad at his worst, calling anything not made in America “Jap Junk”. Be better than that.

GO, enjoy, blow off the purists, have some Raisinets, get a soda, have some fun.  This isn’t as good a flick as Deadpool 2, but if you’ve seen it, go see this one. If you regret it I will humbly apologize, and there ain’t a humble bone in my body.