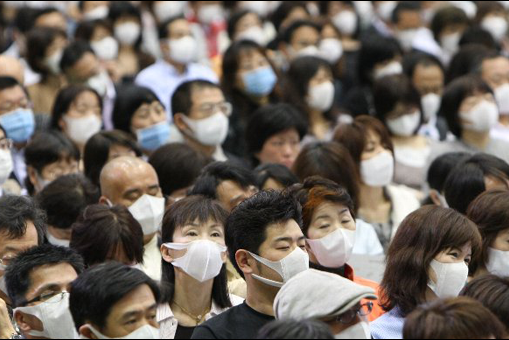 Welcome back to the scuttlebutt.
Fair warning, it’s been a rough day, and I’m in a shitty mood.  If you’re looking for mister Nice Sailor, he’s left the building.

I keep reading articles trying to convince me to wear a mask.  We’re told (at least out here on the left coast) about how “in Asia everyone wears masks” and “in Asia, it’s considered rude not to wear a mask.” “In Asia, the culture is that you have a system of Social Credit and if you don’t want to be ostracized you consider others before yourself.” And so on, and so forth.

Let me explain something here.  First, this is a lie.  “In Asia bla-bla mask” is horseshit.  The only place (until recently) that people regularly masked up was in the very worst of the cities, where air pollution is straight up debilitating. If you walked the streets of Yakushima a year ago, the only people you saw in masks were those that were sick but had to go out anyway.

Now yes, in much of Asia they do have various forms of cultural social credit systems, that is true. In fact, China is trying to formally institute a government-run social system… guess what, it looks a lot like something Orwell dreamed up in his worst nightmares.   The fact that the Chicoms are doing it, is a huge argument against it. But, it is undeniable that much of Asia has a culture of nation before self, and think of everyone else.

Guess what, that’s because much of Asia is a bunch of islands with way too many fucking people on them.  And they’ve been islands with way too many people on them for so long that it created cultural norms to allow people to survive without killing each other!  That’s the Japanese culture, to a large extent the Micronesian culture, etc… it’s developed around trying to keep the peace in an overpopulated, under-resourced bunch of islands.

When I visit their culture, I try to honor their way of doing things…It’s called courtesy.  But we don’t live there.  We have our OWN culture, thank you very damn much.  Where the Asian culture says “we must take care of the others, and not care about ourselves.” The American culture is built around “Take care of yourself, and your family, because you can’t count on anyone else to care.”  And “The rights of the individual, ARE the rights of society.”

All of our legends surround the individual, the small group.  From Natty Bumpkin and Hawkeye, the long hunters, and the Green Mountain boys, to Paul Bunyan, Pecos Bill, The Fur trappers, the mountain men, the Earp boys, wagon train guides, the boys at the Alamo, Casey Jones, John Henry, to Sgt. York,  Major Bong, Audi Murphy, to the boys with the ‘Right Stuff’ and on to the science fiction “legends of the future”, our stories, which define who and what we are, identifies with “the individual”.  When the Government, or “groups” are involved in the story, they’re usually either the bad guy (the angry mob that wants to take the prisoner from the noble sheriff, who holds them off) or worthless (The cavalry that rides up after the fighting is done.)

Our culture, is “we take care of ourselves”.  That includes my response to this ridiculous obsession with Face Panties (with a tip of the hat to Mike Williamson, who I believe coined the phrase.)

Look, yes, there are people who this COVID shit will kill.  Most of them are beyond the life expectancy for a human being anyway, so the first good virus of any sort is likely to take them out, but let’s just ignore that for a second.  If you’re high risk, Hell yes you should wear a mask.  Honestly, if you’re very high risk you shouldn’t be going out at all.  If you’re sick, the same gig, yes, from courtesy, if you are going out, you should wear a mask.

BUT IT SHOULD BE UP TO YOU!

The very idea of forcing people to wear masks or be fined, or even more ridiculous, trying to make store owners the mask police by saying “if you don’t enforce 100% mask compliance, we will fine you for an unsafe working environment”???  Dude that’s as unAmerican as putting the government in charge of what you should be allowed to earn, or putting Asian Fish Sauce on your oatmeal.

There seems to be a lot of people these days trying to radically change (let’s call it what it is, DESTROY) the American culture.  That’s where the anger on the right is coming from.  They, (WE) are not willing to give up our culture without a fight.

Even here on the far-left coast, a brief little sample over one weekend, of the number of people who “will not comply” was amazing.  We did the Mountain Loop Highway run a week or two ago.  Every single wide spot in the road, every campsite, every place you could pull off, was FULL of people camping, grouping together with their clans, anywhere from 4-6 people, to dozens of people camping playing ball, fishing and having fun, with not a face panty insight.  I talked to some folks that do this trip two or three times a year every year for decades… they said they’ve NEVER seen anything like this number of people out camping on the loop.  At a rough guess, we saw 4 thousand people camped along the loop, and that’s who we saw, not camps off the road out of sight.

That’s two Regiments folks.  And these folks are from western Washington, which is Antifa/BLM central.  People are tired of this shit, and you’re pissing us off.  STOP.  For your own sake, for our nations sake, stop. Quit poking the bear, he might wake up.