Sigh, Are These People For Real? Wonder Woman and Feminism 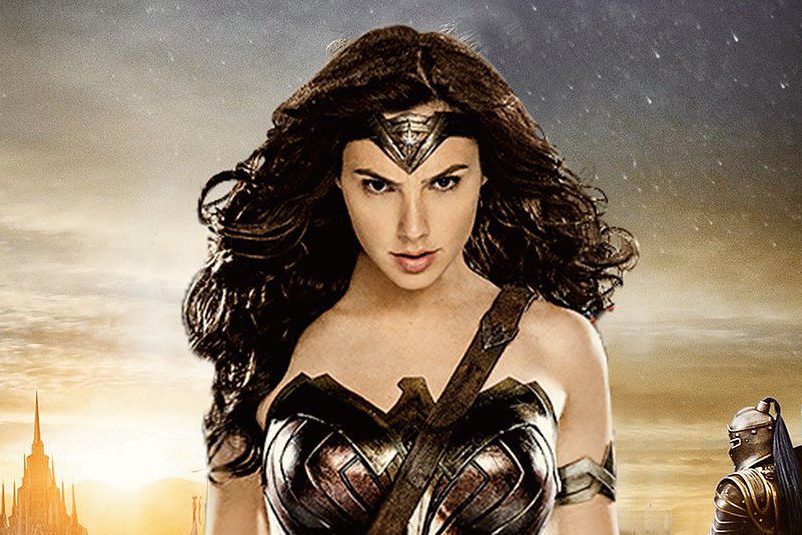 Welcome back to the Scuttlebutt.  No, sadly, this isn’t a movie review of the new Wonder Woman. I haven’t gotten to see it yet, due to domestic commitments.  Rest assured it’s on my list, but this is the busy part of the year for the wife and I, and we must carve out some time among our other jobs.

This is rather, a commentary on the phenomenon of feminism, and the shifting of goal posts.  I refer you to exhibit A:

and if that isn’t enough to make you vomit exhibit B:

If you really need to, there’s where you go to see the sources of this rant. I don’t recommend it though.  That’s the sad thing about electronic media, you can’t use it to line bird cages or wrap dead fish, so there’s absolutely no use left for such rot.

In the first three sentences, we’re treated to a tirade against “the patriarchy” … As an aside, if “gender is a social construct” as the left keeps telling us, then how can there be a patriarchy?  In the fourth sentence, we’re informed that MS magazine is THE authority on what constitutes Feminism…  If they don’t recognize you, apparently you’re not a “real” feminist.

We then wander into a pathetic whine about how women are under recognized in the film industry and so it’s not that this is a real victory for feminism, but rather an example of how fucked up the entertainment industry is.  (We’ll leave aside for a moment the fact that Leading Ladies are the biggest draw in Hollywood, see that doesn’t count, because they’re used as “sex symbols” and therefore somehow traitors to their gender oops, can’t say that, group, yeah that’s it, a traitor to their group.)  It feels like MS is still butt hurt about the flop that was the new Ghost-Busters… you know, the reimagining of the story with an all-female team?  It’s damn sure that Salon is butt hurt about it, they got in a whine specific to that horrible piece of shit. Here’s a hint, MS/Salon the film flopped because they let “message” get in the way of storytelling.  Wonder Woman, on the other hand tells a story and entertains.

We’re told that the female lead “does nothing to challenge modern-day racist beauty standards”.  Uh, I wasn’t aware that that was a fucking requirement.  Here’s a novel concept, Diana is a fucking GREEK.  Which means she’s not black, or Indian, or Asian, or… fill in minority here.  Shit these folks complained when a woman that wasn’t Asian played the role of a ROBOT in a Movie based on a Japanese comic (in the comic the robot was very much Anglo, but it was an excuse to whine, so they took it).

The lead in WW, Gal Gadot, while not actually Greek, is Israeli (close enough that you couldn’t tell the difference in a lineup) and while NOT a “classic Hollywood beauty” as my wife noted, is PERFECT for the role of a stunning Greek princess.  The fact that she was Miss Israel, and was a Hand to Hand combat instructor for the IDF doesn’t suck either at pulling off the role.  Then she supposedly put on 30 LBS of muscle doing sword work and unarmed combat work for this role.  She is NOT I’ll say again, a “Modern Day beauty” as Hollyweird would cast, but she is perfect for this role.

We’re told that there are black women on this island that Diana comes from (maybe so, haven’t seen the movie yet) The fact that the author went looking for them tells me everything I need to know, and the fact that the author then whines that there aren’t other minorities represented tells me even more.  This is a woman that doesn’t go to a movie to be ENTERTAINED. She goes to be VINDICATED.  The movie must pass all her shibboleths, or, like Eliot Gould at the pivotal point in the movie, shrieks and points at the offending people/piece, and screams De Accuse!

She wants to know why Diana couldn’t be a woman of color, or a “fat, thick and short body type”… UH because they were trying to stay somewhat true to the legend and the comic book?  Because AMAZONS aren’t black fat short thick women? (because 1) being Greek, 2) living a Warrior culture in a subsistence economy, that is probably near the point of hunger if not starvation on a bad year, there isn’t enough food to get fat?)  DEAR GODS to the ancient Greeks and predecessors the height of pulchritude was a heavier woman, precisely because they were so rare, and if you were fat, that meant you were RICH.  She (the author of this rag) then uses the excuse that “linebackers are fat, and no one doubts their athletic ability”.  Well yes, they’re athletic.  There’s a difference between athletic, and warrior.  Athletes do one thing (or maybe several) A linebacker stands and pushes another guy aside, then tries to bring down a quarterback.  A warrior lugs a hundred plus pounds several miles (40 mile marches are not unheard of, 20s are standard) and then fights a battle, often running, and climbing, and in era before “modern war” going hand to hand with the enemy.  If you get “turf toe” you don’t get toted off the field, and dropped in an ice bath then a whirlpool, followed by a steroid shot.  You suck it up and drive on. The difference is much like the difference between the Samurai, and a Sumo. One will pick you up and throw you out of a ring.  The other will March 40 miles and kill your ass.

Oh and the crowning complaint that is sounded, is that Diana isn’t lesbian enough.  Sigh, I got nothing. Look, If you go looking for movies to pass some sort of political and socioeconomic litmus test, well then maybe reading MS reviews, and Salon reviews are where you should be.

If on the other hand you go to movies to be entertained by a story well told and true to the genre, the coffee is on, the bourbon is on top of the microwave, if you use the stuff in the crystal decanter in coffee or anything but glass and an ice cube, you better be able to run faster than 980FPS (that being the speed of a 45ACP bullet) and if you’re getting some, how about you refresh my mug too?

Pull up a chair, you’re at home.  Thanks for stopping by, until next time, I remain