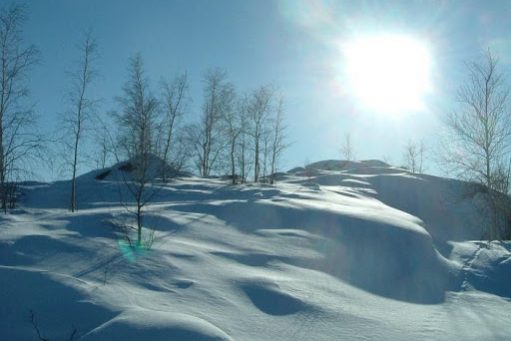 So many things to write about today, and so little time.  See, I just got back off vacation, and I have a manuscript that I need to finish editing for the publisher, which has taken up most of my day.

But I owe an article, so here it is.

First, we have to mention that in what is seemingly old news now, Trump was as you all know, not convicted of inciting insurrection.  In and of itself not news, really.  Seriously, if you are surprised that they couldn’t get a conviction on the bullshit charge they brought, put down the Kool-aide, that shit will kill you.  Nancy and the girls were trying to have it both ways: They’re making a case that the “III %ers,” the “Oath-Keepers”, the “Proud Boys” and a few other organizations had been planning this “insurrection” for weeks.  They’ve used this claim to arrest folks all over the nation.  Yet they’re also trying to claim that Trump incited the “insurrection.”  Clue by Four-time, if it was already going to happen, you can’t “incite” it.

Well, Nancy, which one is it?  If the horrible racist “Proud Boys” (founded by a black man) were planning this for weeks, then Trump surely didn’t incite shit with his speech.  If Trump did incite the crowd to insurrection as you also claim, then you better drop the charges on these folks that you’re claiming had been planning for weeks… Oh and you also better back off on your claims that members of the House had taken them on tours to show the rioters where to go, and where the Democratic headliner’s offices are.  Oh, and by the way Nancy, thanks for proving that “unity” to the Democrats means “SHUT UP and sit in the back of the bus.”

What makes all of this more fun, is that in the last week the Right has been psychoanalyzed by the left, from College profs with the UW, to reporters from the NYT, and other idiots… All have come out to Lib-splain all of these reasons why the Right is so deluded as to continue to follow Trump, in spite of how they have “proven” that he’s the original double bad, evil, nogoodnik.  Of course, what has been actually proven, now that the dust has settled, is that no one was killed by the protesters (as was claimed), no protester actually hit anyone with a fire extinguisher (as was claimed) AOC wasn’t even in the building when it all went down (in spite of her claims) Oh and there were no pipe bombs (as was claimed).

In point of fact, the only times that a bomb has exploded in the US capital building was OH WAIT 1971 by the leftist organization “the Weather Underground” and in 1983 by a group calling themselves “the Resistance Conspiracy” Also leftists, and also protesting against US military actions.  (Bill Clinton commuted the sentence of the bombers) So, all of this bullshit about this having been the most shameful and dangerous event in modern history… Yeah, bullshit.  It’s funny how none of this security kabuki theater with the fences and the National Guard troops, happened after either of those events.

On other items, Jeep had to take down that Springsteen bullshit ad just two days after the Super-bore, when the little commie got popped for a DUI. The Evil Empire of the Mouse canceled Gina Carano, wrestling star, and run away hit as a star in The Mandalorian, likely torpedoing the one saving grace the Star Wars franchise had in the last five years and causing a wicked PR nightmare for themselves.

Also on Friday last, Even the NYT in an article “Covid Testing as Exercise” by David Leonhardt, is starting to admit that we’ve gone overboard on the whole Covid freakout.  Let me tell you, having just been in Hawaii, they’re almost as bad as New Orleans (who just canceled Madi Gras for the year, putting several more nails in that city’s coffin) the freakout is ridiculous.  Literally every three minutes there was an announcement on the general announcing system about how it was federal law to wear a mask, and the governor’s declaration of a state of emergency meant that you had to do whatever the government told you to do, OR ELSE!!!  It’s worth noting that there was a lot of lack of compliance throughout the island while we were there.  When the NYT publishes:

“Rules that are really more about showing that you’re doing something versus doing something that’s actually effective” are counterproductive, Marcus told my colleague Ian Prasad Philbrick. “Trust is the currency of public health.”

You have lost the battle, leave the field.

And then we have the “once in a century” snowstorm that has paralyzed the south.  Now first off, this storm is not as bad as the one that hit in 77-78.  Not in temperature nor in snowfall.  Let’s see, that would have been 45 years ago… boy a century isn’t as long as it used to be!  Here’s the thing.  That one in 77? It didn’t cause rolling blackouts, it didn’t cause people to freeze to death… Why? Because at that time, we weren’t trying to use solar and wind as our primary power generation systems.  That stupid cow AOC is telling us that the reason for the failure of the electrical system is: “The infrastructure failures in Texas are quite literally what happens when you *don’t* pursue a Green New Deal,” as she tweeted on Wednesday.

No, Occasional Cortex, the problem is the Green shit you already shoved down people’s throats.  See solar panels don’t work when covered in snow, as both Texas and Germany have discovered to their chagrin (shit a fifth-grader could have told you that, so NO, you are NOT smarter than a fifth-grader!)  Further, wind-powered systems don’t work when they’re iced up, and oh by the way, unless you want those windmills to never work again, you have to put them on a jacking motor and keep them spinning (very low rate of speed, about five revolutions per hour, but failure to do so will freeze the bearings and pressure weld the system to a permanent stop.)

Not being sufficiently “stupid in public”, AOC then doubled down with: “Natural disasters reveal how brutal & inhumane our system of inequality is. No one should be left to fend for themselves in a natural disaster. This is why we insist on justice in climate policy. In a modern society, equity is as important as technology.”  Let me explain something here.  Equity only ensures that everyone starves.  This should be a lesson in trying to “Gee Wizz” your system for appearance over function… Of course, the Navy has been having their nose rubbed in that with the Little Crappy Ships, but no one learned from that apparently. Come to think of it, Nazi Germany proved it when they started grasping at “Wonder Weapon” Tech to save themselves when it was obvious that they were about to lose the war, but no one learned from that either.

Let’s see, we also have the death of Rush Limbaugh.  I was not a fan of the guy, first, he was a little out there for me, about 20% too far out on the loony edge. Also, I don’t like talk radio, so there’s that.  Still, I find hilarious the number of people who freaked out and lost it over Trump’s tweets being “mean” and are now doing even worse while figuratively dancing on Limbaugh’s corpse. If it weren’t for double standards they would have NO standards.

Speaking of double standards, I see where New York is suing Amazon, claiming it inadequately protected workers from Covid… Yes, the same New York that ordered Covid patients into nursing homes with the elderly… WOW.  That’s some balls shit right there!

Finally, I have to give the NYT a tip of the hat when they actually do something good. Mary Williams Walsh wrote an expose on shenanigans being pulled by various cities and states to hide the fact that they are financially up the creek due to pension obligations. You’ll find it here: https://www.nytimes.com/2021/02/16/business/dealbook/pension-borrowing-retirement.html?campaign_id=2&emc=edit_th_20210217&instance_id=27179&nl=todaysheadlines&regi_id=28200476&segment_id=51787&user_id=10d59faf3e1d1200e0ddca9ff23febad

This is some seriously shady shit.  It’s the equivalent of writing yourself a check to cover the amount you’re overdrawn, then writing a bigger one to cover that, and continuing to kite checks in hopes that someday you’ll catch up.

Seriously.  They’re creating shell corporations, giving the corporation some city assets (like roads or courthouses), and then renting them back from themselves while using the shell corporation to sell bonds, which then go back to the city.  Detroit tried this a decade ago, and ended up bankrupt anyway.  Investors and pension funds got 14 cents on the dollar.  People, seriously.  You can’t borrow your way out of debt.

Look, it’s getting late, so I’m going to end this. Be aware of your surroundings both real and political.  There’s some shady shit going on, and it’s going to get worse.