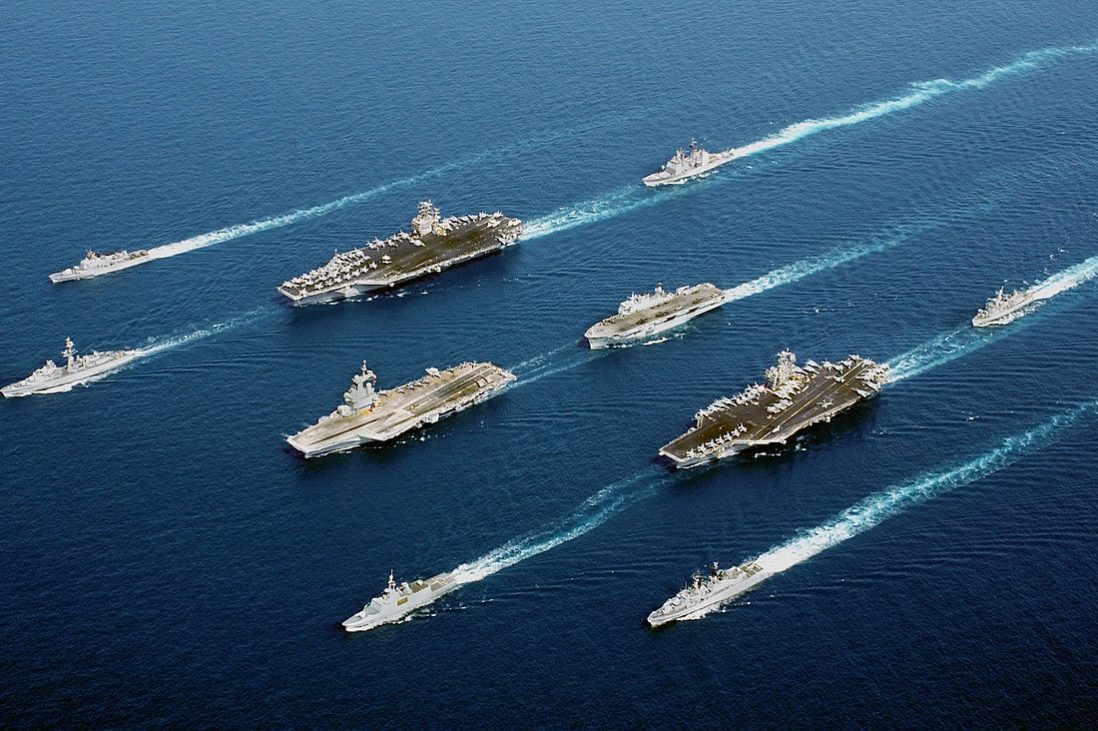 Have a seat, get a drink, and let’s talk about funding, shipbuilding, and Navy stuff.

The Navy just got spanked.  I mean taken to the woodshed.  Secretary of Defense Esper removed the Navy’s ability to decide what our future fleet looks like.  He has appointed a “Future Navy Force Study group that brings together the Office of SecDef, the Joint Chiefs, and a think tank to determine what the future of the Navy, in the form of the “30-year shipbuilding plan” is going to look like.

Now in another time and place, I might get redneck about this idea, having the Army, and the Airforce helping determine what the Navy looks like… But this isn’t ordinary times.  Frankly, the Navy and the Marine Corps have stepped all over their Pee Pee with golf shoes recently.  They’ve been making fundamental assumptions that are frankly bullshit, and they got caught at it.

Among the mistaken assumptions: the belief that the 36 month “Optimized Fleet Response Plan” was golden, even though it hasn’t been accurate in nearly a decade, The assumption that we will have 12 Carriers to respond with… Yeah, we haven’t had that in a decade either, and as it stands won’t have that until 2060 according to former acting Sec. Nav. Modly.  We are also basing a lot of hopes and dreams on expected force multipliers in the form of large and very large unmanned warships.

Look, I’m a big fan of tech, Hell I write Science Fiction! I also work as a supervisor of technical instruction in some fairly cutting-edge stuff in my day job… BUT, when it comes to fighting a war at sea, relying on vaporware and hopes of new tech can lose wars.  You would have thought the recent debacle with the abortion called the Little Crappy Ship (LCS) would have taught us that over-reliance on gee wiz shit would have taught us the lesson, or maybe the disastrous failure that was the Zumwalt Class DDG, but NOOOOO. We keep making the same mistakes that got us in trouble in ‘Nam for fuck’s sake.  Over-reliance on expected new technology in the face of large numbers of lower-tech adversaries is not a formula for victory.  Why it’s so important, is that it takes a long time to build a ship (3-6 years nowadays) and if you guess wrong, you won’t know for ten years.  When you have to look that far in the future, at the rate tech changes right now, by the time you know you guessed wrong, it’s too late.

Right now, we still have the numbers, and the WORKING tech to win, but if we draw down the number of manned warships, counting on these robot warships to make up the difference, we could wind up losing our fleet and wondering what happened. For one thing, anything that is controlled remotely can be hacked or shut down.  AI isn’t there yet, and if there is one thing that Science Fiction REPEATEDLY warns us about, it’s that robot warriors running on AI might just decide that they would rather fight for themselves.  It’s the modern version of the old Machiavelli warning about mercenaries.  They may find it too tempting to rob the paymaster.

Even IF we could do AI (artificial intelligence) I would be hugely against it on a warship without humans.   Without AI, any warship can and inevitably will be hacked and either taken out of the equation or even used against us.  We don’t have the corner on the electronic device market, and we sure don’t have the corner on the Military Intelligence market.  Someone will figure out how to hack our control systems, I promise you they are working on it right now, and it’s vital to them, because we are more and more reliant on that technology, as we become more averse to risking our troops in the warzone.

This is the end result of having selected our very highest-ranking officers for the last 40 plus years based on politics and willingness to support various social programs and say the right shibboleths, instead of selecting for fighting ability, and sheer technical ability in their chosen science, the science of dominating the battlefields.  The fine officers that created the plan that SecDef threw away are also the guys behind telling the Marine Corps to get rid of their Tanks and Artillery, that are continually moving us in the direction of a “one airplane does every job” airwing, and all the other “we have this super-tech that allows us to do away with numbers and fighting men” bullshit.

Congress is getting involved, to the tune of locking up most of DOD’s funding, until we get an approved and realistic 30-year shipbuilding plan, which honestly for once I can’t blame them.  They’ve proposed banning the Navy from decoming a CVN before it’s first refuel, (a move that simply had to be political grandstanding, it made NO sense) restoring funding for a second SSN 774 class (Virginia class) the defunding of which was another political grandstanding move, adding two Arleigh Burks, an FFG, and a pair of salvage ships, adds more P-8 Poseidon ASW birds, more Ospreys, authorizes the first two Colombia class SSBNs, and prohibits the retirement of any navy ship until SecDef approves it, among many other things.  Surprisingly enough, for once I agree with Congress… Surly the Fimbul Winter is upon us.

See the Navy came up with the idea (this had to have been the result of either a visit by the “Good Idea Fairy” or too much of the green fairy) that they would decommission perfectly good warships, and let them sit in mothballs so that they could afford in a couple of years, to start building new super-tech ships, if we could figure out how to make them.

This recalibration of the Navy could be a very good thing if we do it right. We could come out of it with a robust plan that builds ships we can create TODAY, as well as working with small numbers of craft that are test platforms for TOMORROW’S navy.  We could do this.  On the other hand, we could wind up with something even sillier than what the current plan is.

I pray we don’t screw this up.