Seeing The Good Around Me: The Helpers 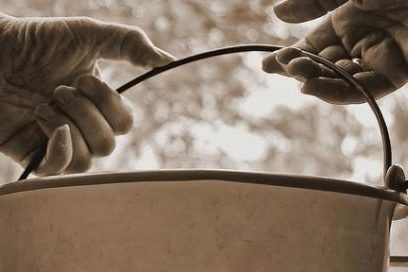 I’ve been thinking a lot today about the quote from Fred Rogers. Actually, I know him best as Mr. Rogers, from one of my favorite childhood TV shows. “When I was a boy and I would see scary things in the news, my mother would say to me, ‘Look for the helpers. You will always find people who are helping.’”

These past few weeks, I’ve been focusing on the helpers.

In Hurricane Harvey, there were reports of the Cajun Navy who saw a flood, saw their boats, and quickly put 2 and 2 together. I saw the footage of one Texas City gentleman who was interviewed on his way in to help. When asked what he was going to do, his response was “I’m gonna try to save some lives.” A man chasing down a dog across a drenched highway, then the camera pans to the bed of his truck filled with scared, wet, weary mutts who give new meaning to the term “rescue”.

In Hurricane Irma who is continuing her trek through my state as I write, there were offers upon offers of “I have a room if you want to evacuate” on social media.

And, then, today is the anniversary of 9/11. Story after story after story of first responders who never made it out and their brothers who worked beyond exhaustion in the hours and days afterwards.

We are a nation of helpers. That is part of our heritage and our fabric. When we don’t know what to do or what to say, we offer help. In good times and bad, we carry loads together. Whether it’s done to share in the celebration of a wedding or birth, or to carry one corner of the burden in times of blinding loss. We share. We contribute. We rally and we fix. We need something to do with the emotions and this is where those emotions go-to our hands and our feet.