Seeing The Good Around Me: That Other Path 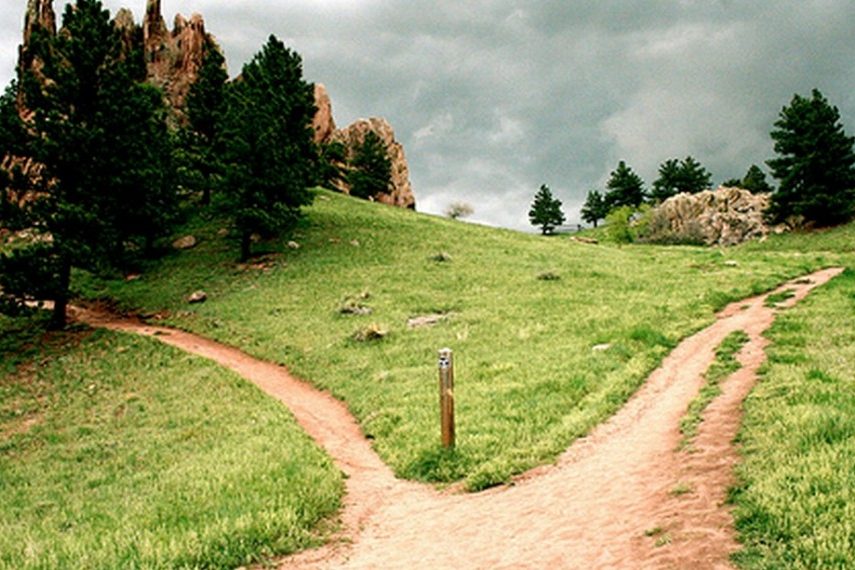 One of my favorite movies is Sliding Doors, where the movie follows 2 different storylines of a woman’s life. One occurs as a result of her barely catching the subway on her way home, and the events that transpire from that. The other storyline follows what happened if she missed the train and got home a little later.

I have always been so intrigued by that question of “What if…?” and how seemingly random decisions may affect the course of my life. Or would they? If I had chosen to go to a different college or chose a different profession-would I be where I am right now? What if I had followed a different route after college? I’m happy where I am, so the what-ifs are more of a wondering than a longing, but it does make me curious sometimes.

There isn’t much use in spending time thinking about it, though. There were some decisions that I poured over treating it like it was a multiple-choice test. Like there is just one right answer and I need to figure out what that is and avoid the wrong ones. I’m now of the mindset that if there aren’t any obviously clear wrong choices (those being ones that are illegal or unethical) then any of the options are right ones. It makes it a little less stressful and relieves the pressure that I could be doomed to a life I don’t want if I walk through the wrong door.

But, there are also the what-ifs where I avoided something tragic. I’ve just started to read The Other Wes Moore about two men with the same name who had similar childhood circumstances but wound up in very different places as adults. Their paths were nearly superimposed on one another until a couple of pivots where they sharply diverged. There are a whole bunch of other situations where I can ask myself “What if…?” and be grateful that a worst-case scenario didn’t happen.

I can easily get paralyzed in analysis and let relatively insignificant choices bring me to a halt. Realizing that there are some decisions I make with little control over the consequences feels rather freeing. Realizing that I am not responsible for how every situation turns out relieves some of that pressure. It’s a good reminder that I am just a small piece of this world and to enjoy this path while I’m on it.