Seeing the Good Around Me: Spending Time With the Greatest Generation 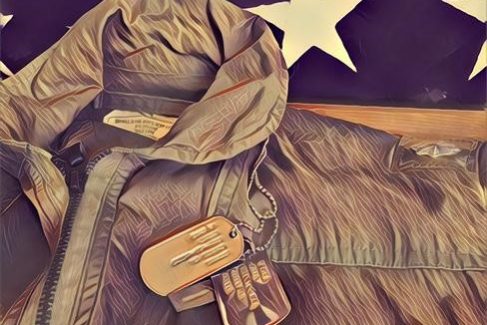 Recently I went to a reunion of men who served in a fighter squadron in Germany in the mid to late 1950’s. These are the men of the Greatest Generation. My dad was one of these men, but he passed away several years ago. Actually, the term the guys use are that my dad has “gone west”.

This was my 7th of these reunions that I have been to and I am flooded by the same emotions every time. I’m in awe of these men and what they did, and filled with this strange nostalgia and sadness for a time that is long gone.

In the 1950’s, the Air Force was just a kid. It was much different then than the one that exists now. I get the sense that today there are a lot of rules about what you cannot do, and those rules may be in place because of the things that my dad and his squadron mates did.

In that environment, these guys were fearless and tough. They had to be. Flying was more dangerous then and my dad said that the only roommate he had during his career who wasn’t killed was my mom. They had to be gutsy and act quickly. They had to figure things out on the fly (pardon the pun). They were trailblazers.

They were also practical jokers. A good sense of humor is a common characteristic I have noticed in the military. It is a way of coping with a strange, stressful situation. Most of the stories they share when they get together are not about the sad or scary times, but about the jokes and good times.

So, back to the reunions. Each time I am around these men, I am reminded of the incredible things they have done. One was shot down in the Vietnam War. He brought his flight suit from that day to wear at one of our reunions. It’s ripped to shreds and was a completely immodest garment. One retired from the Air Force to go on to fly private jets for famous musicians. I was at a Jimmy Buffet concert when he talked about this pilot he knew named Sky King. I squealed to my friend that I knew him, but I’m not sure she believed me. One went on to be an award-winning novelist. Two, yes, two went on to become astronauts; one of them perished in Apollo I.

The time my dad spent with this group was some of the best of his life. Ever since I can remember I have heard him tell stories about these men. He was a bachelor then so this is a part of his life my mom and I couldn’t share with him. When he was at these reunions, he was surrounded by those for whom these moments were not just stories but are memories.

These men are no-nonsense. Their wives are, too. Some of the wives loved the lifestyle and some were riddled with worry for their husband. The pictures they show and stories they tell involve a lot of parties. They were a family and enjoyed being together. They created this unbreakable bond that has kept them together all these years. It is rare to have a group who served in peacetime reunite this frequently. They knew that what they had there was magical and they have no reason to let that go.