Seeing The Good Around Me: My Runmily 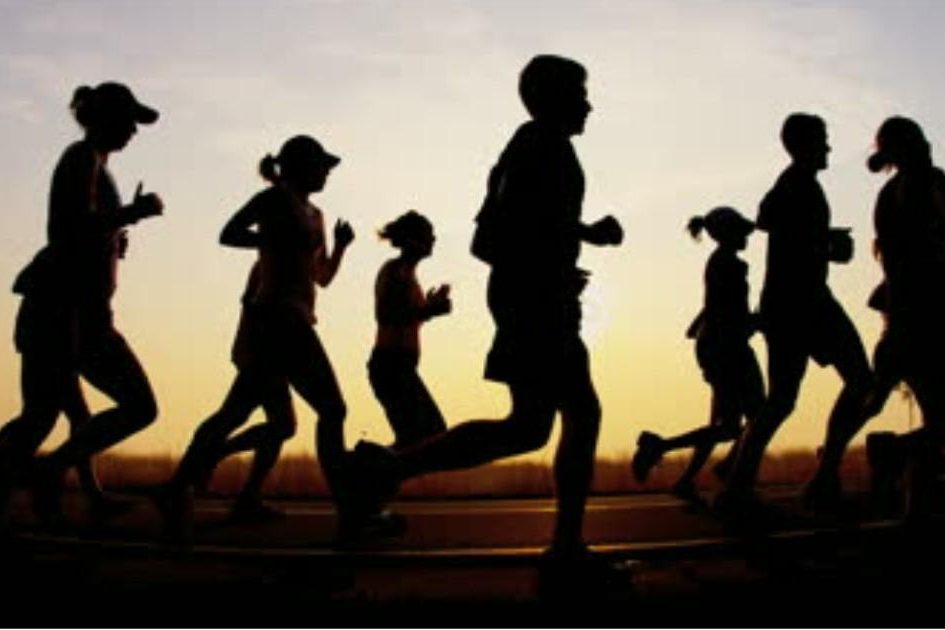 I am a runner. Wait! Don’t leave! I promise that this isn’t really about running but rather the people I run with. If you are involved in a sport or hobby with people you have grown to love, I think you’ll be able to relate.

It was just 4 years ago that we met up in a parking lot to begin a Couch to 10K program. This was not my first experience with the program, as I would start then stop repeatedly. I was remediating for about the 3rd time. This one would be different.

I don’t remember the first time I went running for exercise because it is something I have grown up doing. My dad adored this activity and thought that if he exposed me to it enough, I would grow to love it as he did. He was wrong. I would whine and wheeze (thinking he would have compassion on the physical discomfort he was inflicting on me) and was miserable to be around. It usually ended in some type of argument. I would run every now and then during the fall of my senior year of high school and a friend suggested I join her on the track team. I did and was the slowest runner on the team.  I hated each practice and track meet because I knew the rest of the team would have to overcome my performance to do well.

In college and afterwards when I wanted to get into shape or lose the few pounds I’d gained from fast food, I returned to running. Maybe just a mile or so but just enough to reap the benefits.

The first time I heard about the Couch to 10K program, I was intrigued. I liked the idea that others would also be starting from the couch and possibly I wouldn’t be the slowest one out there. I went to the first session and then the second session and then kept going. The coach, Danny Haralson, was the first person to make running about what I could do and not what I couldn’t do. He sent out encouraging emails and motivated us to meet our distance goals, no matter how long it took. I didn’t feel like I was holding anyone back, and there wasn’t anyone holding me back. We were a team.

Runners are rarely part of a team once high school and college have ended. This team of runners cheered each other on at each run and celebrated each new goal. There were those who had never run a mile before, and I’m glad I got to see the chains of “I can’t” or “I wonder if” fall away as they set and reached new distance goals. For me, I quit whining and wheezing and found a different kind of joy in running than that my dad had.

My joy was based in the men and women around me more than the actual activity. We have gone from being a team to a kind of family; they are my runmily. With the backdrop of this activity, we really were forming a bond that continues to grow over the years. When we are running together, we share stories and confidences, a little bit of seriousness and a whole lot of laughter.

There is a level of vulnerability that has to come through in these conversations. Whether it’s because we are scantily clad as we run in the hot, humid afternoons, or whether it’s because there isn’t enough energy for pretentious posturing while we are on the roads. We don’t feel the need to hide ourselves or put on a façade of perfection. We make a beautiful quilt of different personalities and strengths and can take turns leading the way or drafting when we just don’t have it that day. No matter how good or bad a run goes, we know our fellow runners will celebrate with us or encourage us to stay at it.

Ironically, I began to enjoy running when I was able to make it my own. I was no longer being told I was too slow or felt like I wasn’t good enough. I was doing it because I wanted to, in my own way, and I had the choice to opt out. The process of making it my own led me to people who made running fun and positive. All the distance, sweat, challenges, and comradery have made me into something I am proud to be: a runner.