Seeing The Good Around Me: Heroes Among Us 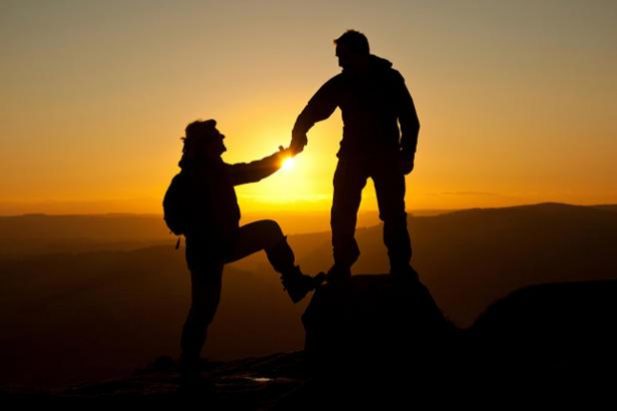 The definition of a hero is “a person noted for courageous acts or nobility of character; a person who, in the opinion of others, has special achievements, abilities, or personal qualities and is regarded as a role model or ideal”.

There are heroes all around us.

In the midst of most tragedies, we find solace in the story of heroes. We seek those stories to anchor to something good. Whether it is someone who risked their life to save another’s or someone who defies human instinct for the greater good, the heroes are the ones whose personal stories are shared. We learn of their moment in caring for others and lift them up as a beacon of good in a pool of bad.

In the most recent tragedy, I’ve heard of heroes who placed themselves in harm’s way to save the life of someone they did not know. To them, the life they were saving was worthwhile and had value and should not be extinguished in this moment. This ideal is incredible, when I think about it, that they had no second thought or deliberation whether their recipient of heroism was worthwhile. All they knew is that life is precious and saving just one was worth whatever effort was required.

Outside of national traumas, there are everyday heroes as well.

A courageous act could be as simple as deciding that someone who had been written off as “hopeless” deserved another chance at change.

A courageous act could be as simple as helping someone who didn’t have the resources or knowledge to solve the problem growing before them.

A courageous act could be as simple as someone whose life’s path seemed predestined for failure gripping tightly to the thread of hope of a different pattern for themselves.

We are surrounded by heroes.

Heroes are part of the good around us, and most of them are cape-less. They sneak among us in plain clothes and seem non-descript until the moment arises when they act in quiet strength. I challenge you, for the next week, to do two things. Select a moment in each day in which to be someone’s hero, and select a moment in each day to thank a hero. If we are always looking for those of noble character, or intervening for those who are down on their luck, it makes it tougher to see the villains.