Seeing The Good Around Me: Dad 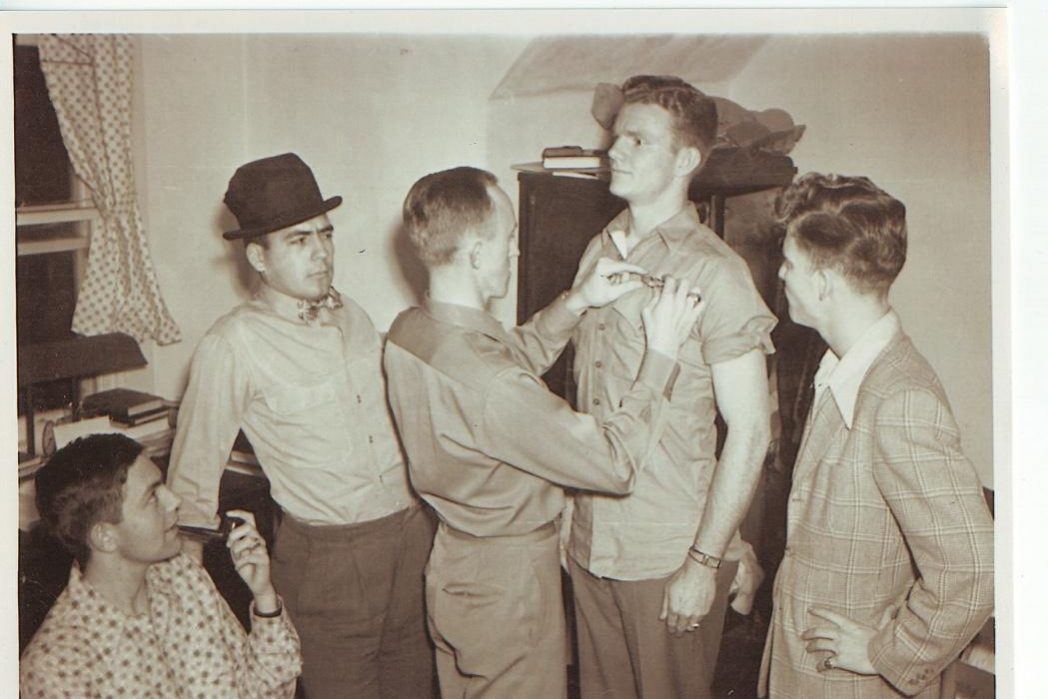 This week, it will be 10 years since my dad passed away. Ten years. It feels longer, though, because he had dementia so we began to lose him long before that.

I miss him. Do you know how some people’s personalities are so big, their bodies can’t quite contain them? That was him. It was remarkable-he didn’t announce himself when he walked into a room, but you just knew he was there. Many times, you knew where he was by following the laughter. I miss him being in the same room as me.

I would love to paint a word picture of my dad, but I’m not sure how to. I would have to use words like funny, tall, friendly, sweet, and mischievous for sure; those words may form the shape of him. But how to fill in this picture-there are so many shades I’d need to include.

Funny can take on so many different meanings. It can be someone who can tell a riveting story or someone who has just the right witty comment for a moment. When my cats were flying from Colorado to Alabama, my dad instructed the airline employee that whenever the cats meowed, the employee was to meow back. When my friend was getting married, he asked her to let him sing the Star-Spangled Banner at her wedding.

Sweet can mean someone who will do anything in the world for you or someone who says something to brighten your day. When I was 10, he was a stay-at-home dad while my mom was active duty in the Army. She was the head nurse on a women’s oncology unit, back in the day when you had to get admitted to get chemo. The women would spend weeks there. My dad was a Red Cross Volunteer and helped to pass out lunch trays. One day a lady looked at her tray and said “I would love to eat that, but my mouth hurts too much”. He said he wished he could give her a milkshake. He made great milkshakes. She said that sounded so good to her, so he went home and got the blender, ice cream, milk, and chocolate syrup. He brought them to the unit and made her a milkshake. The woman in the bed next to her said she wanted one too. As did the next. As did the next. Every Wednesday evening, my friends and I would go to the unit and pass out milkshakes to the patients.

Then, there are so many other ways I want to describe him but can’t. He was equally light-hearted and pensive. He was self-confident and self-conscious. He would laugh and he would cry. I haven’t ever been able to really describe my dad in a way that I feel would make you see him in your mind.

I miss someone who is indescribable. Someone who had a personality that spread beyond his person. Someone who taught me how much good there is around me.