Seeing the Good Around Me: A Good Dog 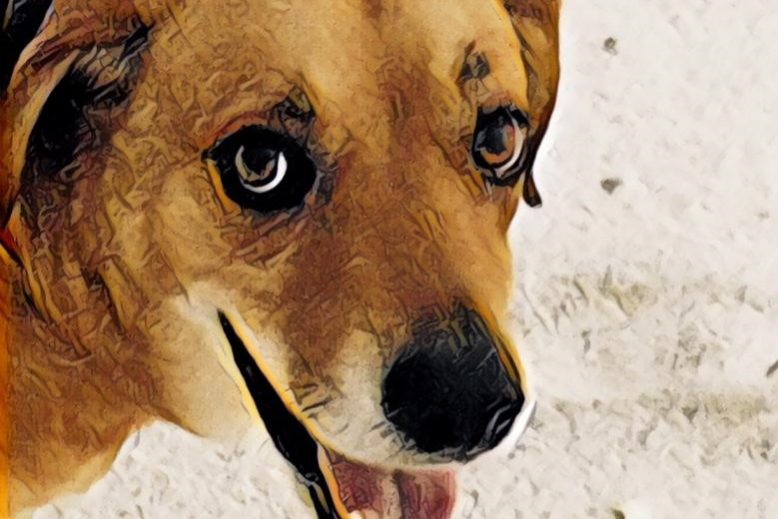 “I have a dog named Otis, who is a rescue.” I usually introduce him that way signifying that the “rescue” part is more important than any other label. For him, it is. I think the story goes that he and his brother were left in a garbage bag near a cemetery. When they were found, they were covered in fleas, had mange, and were starving. They were taken in and loved by a wonderful woman who I consider to be Otis’ first mom. They were both adopted, then Otis was returned. It’s a long story that I won’t go into how I learned about him and adopted him, but the first message I received about him was that he didn’t like men and would be put to sleep if he wasn’t adopted in 2 weeks. That was 8 years ago.

I’ve had pets most of my life. When my mom was pregnant with me, a flea-covered, mangy, starving dog wandered into the carport. She gave him some food and water, and he laid down to either signify he had a new home or that he didn’t have the strength to wander any more. My mom sheepishly told my dad what she had done when he got home and dad wrapped the dog in newspaper to take him to the vet, fully expecting the dog would be euthanized. The vet gave my dad a shampoo to help with the mange and said he would be a good dog, once he regained his strength. He was given the name “Fleabo”, since his appearance was his most noticeable characteristic in that narrow window of time when you name a pet. He was more than a good dog; he is a constant figure in most of my childhood memories. I was an only child and when asked at school to write about my family, I listed Fleabo as my brother. He died when I was 9, and it was the first time I ever saw my dad cry.

About a year or so before Fleabo died, I got a hamster. It lived for a few weeks then died tragically in an accident in its cage. I still remember my mom breaking the news to me and how upset and sad I was. Then we got another one. Then, another when it died, then another when it died. For someone like me who develops emotional attachments to animals, a hamster is not a good idea. Their little life spans aren’t very long (or, at least, mine weren’t) and I went through the grieving process each time.

There was a few years’ break between pets then my mom and I convinced my dad to adopt another dog when I was a senior in high school. As happened with Fleabo, the dog became my dad’s primarily. My dad loved animals, too, and would spoil them rotten. So, naturally, the animals loved him and he was their person. There were 2 cats thrown into the mix a few years later, the last of which passed away a couple of weeks after my dad did.

And, now, there is Otis. Even though I’ve grown up with animals, it’s the first time to own a dog without my dad around so I am his person. I knew quickly he wouldn’t be the same type of pet I’d ever had since he has likely had a lot of abuse in his childhood. I think it’s a safe guess that he has been beaten repeatedly and I can’t begin to imagine other ways he has been hurt.

But Otis is part of the good around me. There are parts of him that don’t fit the typical description of a “good dog”. He is different with me than around other people, so the label of good is one that I uniquely see. I see a creature that is child-on-Christmas-morning excited to see me when I come home from work. He has these soulful eyes that show honest emotions. But, I think the best aspect of good he displays is how he doesn’t carry around the baggage of a label like “rescue” as a human would. Within just a few weeks of living with me, he started showing signs he would allow me to earn his trust. People take longer to do this. I am amazed at how quickly he seemed to accept being in a loving home where he is safe. He is a good dog because he has let love help him blossom beyond a label.