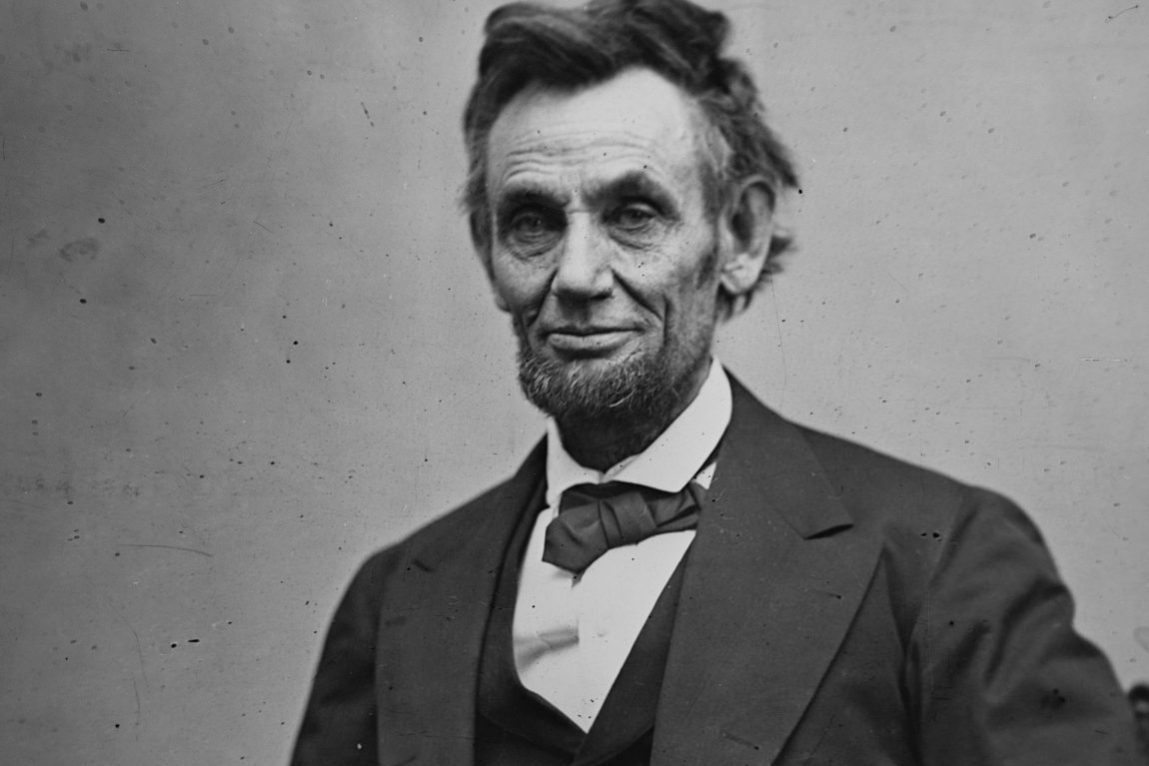 Welcome back to the Scuttlebutt, Today I want to discuss character and reputation, among other things.  Pull up a chair, get a drink, and let’s go.

If you look up quotes on the internet about the subject of character and reputation, you’ll find a lot of fairly brilliant and pointed observations on the subject, from some very brilliant people.  None are more accurate than the guy above, who said: “Character is like a tree and reputation like its shadow. The shadow is what we think of it; the tree is the real thing.”

Other folks that weigh in on the subject include Richard Branson, Jeff Bezos, Warren Buffett, and Reverend King.  All of them basically say variations on the same thing, and advocate for you caring for your character, which will ensure that your reputation takes care of itself.

Now, with that being said, let’s expand it a little.  A nation is no more and no less than a company, or an individual in this respect.  I believe I have mentioned before that there is nothing morally reasonable for a nation to do, that is not also morally reasonable for an individual to do, and vice versa.  Hence, for example, it is morally reasonable and defensible for an individual to use deadly force in self-defense, or the defense of another. Likewise, it is morally reasonable for a nation to do the same, thus the death penalty (You sir, have proven that you are a killer, and will kill again.  To defend my citizens from you, I must kill you, as no other mechanism exists to ensure that you will not kill again.)  and the idea of a just war. (you have invaded other countries, and they are not able to repel you on their own.  We’re going to help them.) It’s no different from coming home and seeing a guy pistol whipping your neighbor, demanding all their money… If you are the sort that carries weapons, I would expect anyone of good character to intervene, using deadly force if necessary.

In this vein, a significant part of character and reputation is the idea that “your word is your bond.”  When you promise something, you make good on your promise.

This is basic stuff.

For example, we, the United States, promised in the “Budapest Memorandum” in 1994 to be the assurance that if Ukraine would give up the nuclear weapons that they had inherited with the fall of the Soviet Union, we would ensure that their borders were safe.  Russia promised the same thing. Now we know that Russia’s word is worthless, but we’ve also proven that our word isn’t worth a damn.  At the time we were desperately concerned about “nuclear proliferation.”  The idea is that if more countries got the bomb, the odds of someone using it become greater.  Now we are told that “They don’t have the bomb, I do, if you don’t shut up and let me make them my slaves, I’ll use it on you.”  I’m sure that Ukraine is regretting acceding to our demands now, and Putin is laughing his ass off.

Sadly, most veterans already know this.  When I enlisted back in 1979, the promise went “If you are willing to give us 20 years of true and faithful service, we’ll take care of your body for the rest of your life.  Some of the things we are going to ask you to do will damage your body, but we promise to take care of it.”

Here in Bremerton WA, we’re seeing just how good that word is.

First, the original promise was “free health care.”  NOT $250 a month health care, deducted from your pension.

Second, a few years ago, some fucking bean counter in the five-sided puzzle palace decided that “we, as a Navy, don’t need all these medical people, it’s a waste of money.  Money that can better be used for LCS vessels, and other programs.”  Well, as a result, the “Naval Hospital Bremerton” is now nothing more than a walk-in clinic.  The only ward still operational is the maternity ward.  They have no Emergency Room, they do not admit patients for ANY reason except “I’m having a baby.”  That puts us out in town going to the ONLY hospital on the peninsula. St. Michaels.  That means a serious co-pay, and the flat-out refusal to honor about half the costs.  What that’s going to end up looking like, I don’t know, but it’s going to be painful, based on a week in the hospital.

I’m sure that the bean counter that came up with this, is reflecting on how he saved the Navy money… But there’s a problem with this.  Your character is shown in your reputation.  If you won’t take care of your veterans, you will soon find that no one will enlist.  We’re having problems with recruiting ANYWAY because a large portion of our nation’s youth are unable to pass an admission physical.  Put that on top of the fact that we aren’t producing replacement levels of children, and are at negative population growth, and well, good luck fielding a military force.

Honestly, I could not advocate for a career in the military at this time.  Our politicians are not trustworthy enough to keep up their end of the contract (and I’m including anything with a star on its shoulder as a politician in this case.)  See, if you break your word to them, you go to the brig.  But if they break their word to you, well, shipmate, you’re fucked.

It’s that sort of thing that defines character and reputation.

Let’s look at some other examples:

“When somebody is President of the United States, the responsibility is total.” —Joe Biden, April 15, 2020

“The current spike in gas prices is largely the fault of Vladimir Putin. It has nothing to do with the American Rescue Plan.” —Joe Biden March 13, 2022.

“Let’s be absolutely clear about why prices are so high right now. They’re very high for two reasons, notwithstanding what the Republicans say: COVID, number one. What happened was, the glo-, the way the global economy works: If a factory in Taiwan makes computer chips shuts down because of COVID, it causes a ripple effect that can slow down the manufacturing in Detroit, which it did. One hitch can hold up everything.” —Joe Biden March 10, 2022.

And our lack of character is showing in the international world.  Four years ago, could you imagine any nation refusing to take the call of the PRESIDENT of THE UNITED STATES???  Yet a week or two ago, Saudi Arabia and the UAE did just that.  Now Saudi is actively considering accepting the Yuan instead of the Dollar as payment for oil.  If you don’t understand what a big deal that is, go talk to someone that does international finance.  That’s HUGE.

All of this, including the invasion of Ukraine, stems from our failure to show character and thus our failing reputation.  We’re becoming both internationally and domestically “Wimpy” from “Popeye.” Who would “gladly pay you Tuesday for a hamburger today.”

Look, your reputation is ALL YOU HAVE.  If you can’t be trusted, no one will deal with you.  It’s like going through the world on a 350 credit score.  No one will lend you money, you ain’t buying a car, it’s hard to get a job, and if you get one, it doesn’t pay for shit, it’s hard to rent a place to live, and if you do, you have to come up with about 5 months of rent between “first, last, deposit, and credit insurance.”  This is “life on the Expert setting, with no weapons or armor.”  If no one is worried that you might just be able to do something about it, they will take advantage of you in every way they can.  Things like launching missiles at your embassy, which would have been unthinkable, become “Tuesday.”  Oh, not everyone will take advantage of you, because some of them have character. But there are enough people out there who will to make your life miserable.

Now there are some bright spots, Adm. Gilday, the Chief of Naval Operations just stated that we NEED a 500 ship Navy, and is changing the 30-year shipbuilding plan to reflect that reality, along with the funding request for next year to back it up.  He includes the requirement for 12 Carriers, more Destroyers, more Frigates, more Amphibs, more Submarines.  In short, what everybody with a brain EXCEPT HIM has been saying for a decade.  “Welcome to the party, PAL. Glad you stopped sucking politician dick.”  I wonder how many men will die because we didn’t start this shipbuilding drive a decade ago?

Here’s another bright spot, albeit in an entirely different area.  The UW just provided a seminar and education for Highschool students on “MisinfoDay” a now annual event for middle and high schoolers that grew out of a Course offered at UW called  “Calling Bullshit in the Age of Big Data.”  Source article for this is: https://www.seattletimes.com/seattle-news/you-can-fake-anything-on-the-internet-professors-host-day-to-teach-wa-students-to-combat-misinformation/?utm_source=marketingcloud&utm_medium=email&utm_campaign=Morning+Brief+3-15-22_3_15_2022&utm_term=Active%20subscriber

Now I have never made any secret of the idea that no one should trust anything you read on the internet, nor take it at face value. (including ME.) Everyone has an agenda, everyone puts in a spin.  You can’t help it, you present information through the filters of your belief.  BUT this course goes beyond that basic fact to examine HOW to tell if a picture, an article, or anything else is a “deep fake.”  Oh, it’s not going to teach you how to spot something made by oh say the DIA, but frankly, most of the propaganda isn’t up to that level of skill.  As I mentioned last week, most of the propaganda coming out of Russia these days is frankly an embarrassment to a once really on-the-ball intelligence agency.  Russia’s ships and submarines sucked, their aircraft weren’t all that, but boy their propaganda ministry… That shit was FIRST RATE.  Those days are, seemingly as dead as that shrimp I ate in Mexico that made me so sick.

This course should be canned, and broadcast on all stations once a month until everyone gets a chance to take it.  This is a TRUE “Public Service Announcement” and everyone should get it.  Of course, it sort of flies in the face of some government agencies’ plans for you, so that isn’t going to happen, more’s the pity.