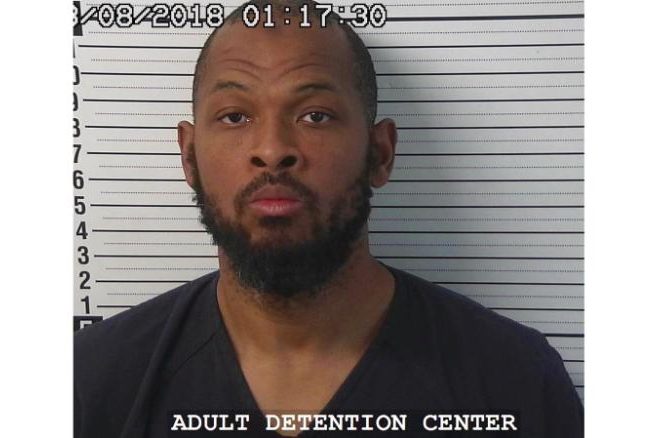 Welcome back to the scuttlebutt folks, I’m going to bang this out before I get out of here and head for Europe.

The scumbag shown above, one Siraj Ibn Wahhaj and his associate and wives were the people running a “compound” in New Mexico, near the Colorado border.  If you are not a news junkie you may have missed this, as it’s been low balled by the press.

Also in this compound where 11 living (barely) children, and a corpse.  Said douchebag was apparently running a training camp teaching these kids how to shoot up schools, according to documents captured at the site.

These kids were starving, dressed in rags, most had been kidnapped apparently, were kept without food or fresh water, shoeless, in addition to being the subject of brainwashing and programing to attack schools. Further this guy is the son of an “unindicted co-conspirator” in the 1993 bombing of the World Trade Center in NYC.

This however is NOT what I am up in arms about.  This is frankly something that we knew or should have known was happening.  There have been several training camps busted very quietly by the FBI and other agencies.  They don’t make the news because it doesn’t match the narrative of the Muslim faith as “the religion of peace”, so they too get lowballed.

No, what I’m hacked about is one Sara Backus the judge in the case, who decided that these people could be released on BAIL!!!

Now it turns out that in spite of her granting bail two of the defendants won’t be leaving police custody, the person believed to be the father of the dead child (body ID has not been released as of the writing of this) is wanted in Georgia for kidnaping his son, and one of the women is an illegal immigrant and has been taken into custody by ICE.

In spite of documents, training, and the physical condition of the children, this worthless twit decided that there wasn’t enough proof that these people were a flight risk or danger to the community.  She authorized $20K bail with no deposit, and merely the threat of a fine, if they break the conditions of their release.

Do NOT mistake me, I am not calling for physical harm to this judge.  I am calling for her removal from the bench, and that she be held legally responsible if the defendants skip town/country and or do any further crimes.

She (the judge) has apparently received death threats, which I can understand but not condone, from local people endangered by the potential release of these people.  (It’s worth noting that despite the judge’s order, as of the writing of this, the people have not been released.)

I can’t fathom the mental gymnastics needed to conclude that these people are not a danger to society, nor a flight risk.  I think there’s some actual mental damage involved. IMPEACH THIS IDIOT before someone else dies because of her idiocy.

Folks, stay safe, and I’ll see you next time.