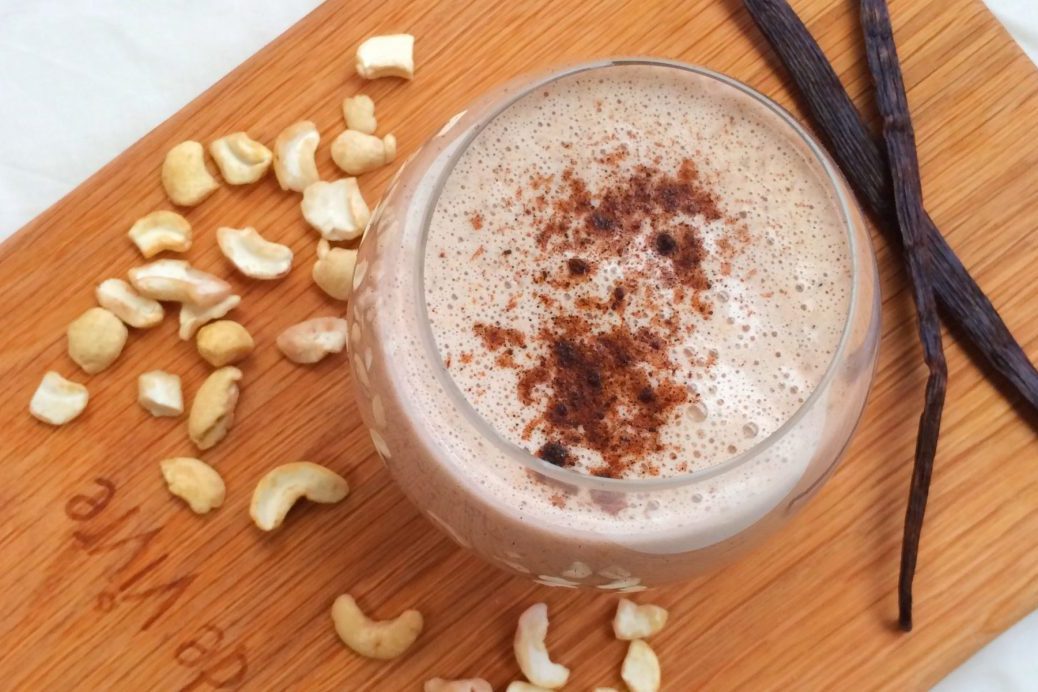 Although I am not a very adventurous person (ok, not an EXTREME adventure person – I love the outdoors, hiking, camping etc, but would never do anything crazy like bungy jump), I am always up for a challenge when it comes to experimenting in the kitchen. I have had many flops, especially trying to recreate a certain dish. Many a times my brother has said, “That is NOT ____(insert certain dish)____ so don’t even call it that or attach the word vegan in front of it! Name it something else!”

So when my American friend challenged me to come up with a vegan version of eggnog, I immediately began looking up traditional (non-vegan) recipes to get an idea of what they consisted. I have created a vegan ALTERNATIVE to eggnog as I cannot say a vegan version as: 1) there is absolutely nothing vegan about the traditional drink so that would just be strange and, 2) I have never had real eggnog before so I don’t think I could fairly compare the two.

Thus a “vegan alternative” seems like a good compromise ?

According to Wikipedia, “Eggnog, historically also known (when alcoholic) as milk punch or egg milk punch, is a rich, chilled, sweetened, creamy dairy-based beverage traditionally made with milk, cream, sugar, whipped eggs (which gives it a frothy texture) and, in some contexts, distilled spirits such as brandy, rum or bourbon”

To try and replicate the traditional drink as far as possible I made the following adaptions:

Be sure to visit my blog for more healthy ideas: https://z4zest.wordpress.com