Queen’s Gambit and Other Musings 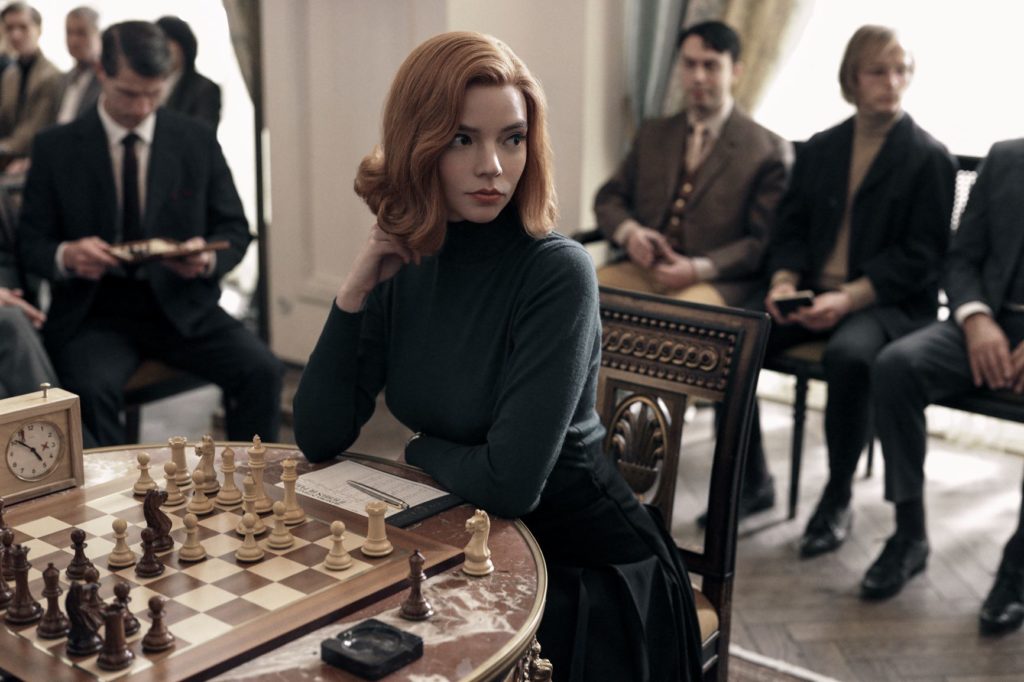 Hey, pour yourself something, let’s talk.

As I write this, it’s Veterans Day.  For those that are confused, this is my day.  Not Memorial Day, that’s reserved for my uncles that didn’t make it back.  Not Armed Forces Day, that’s for the troops still in.  Please, get it right.

I would be failing in my duty to observe that a couple of the states that the press already awarded to Biden (looking at you AZ) now look like they’re still in play, not counting the questions of voter fraud. And yet the press are all stating “it doesn’t matter because Biden won because WE SAY SO!” Yeah, that’s not how this works, sparky, that’s not how any of this works.  I seem to remember that in the 2000 election, at this point you fuckers had awarded the election to Al “I invented the internet” Gore… and yet, when I look at the rolls of who has been president, I don’t find that tw@ts name anywhere… HMMM

I also need to take a fast shot at my favorite Navy Punching Bag, the Little Crappy Ships (LCS)  USS Detroit, already limping into the nearest port for repairs due to propulsion failures, is now being TOWED in, due to complete and irreparable (at sea, anything can be repaired in port, if you have long enough) failure of the propulsion system.  This POS and her sister ships were forced on the navy by the modern equivalent of McNamara and his “gee whiz” boys and are about as useful as tits on a boar hog, as I have mentioned before.  At this point we would be money ahead to just scrap the damn things, and replace them with the new frigate design as fast as we can… or if you really hate the puddle pirates give them to the USCG… they might be useful as smuggling patrol ships, they’re worthless for war.

Now, let’s talk about the Main Event.  Oh, the Critics love Queen’s Gambit… But here’s a shocker for you, so do I!

Probably not for the same reasons, but I found it to be a great show.  Oh, yes, it made a clear and loud statement about the lack of female representation in Chess in the ’60s and ’70s… Hey, it’s a fair bitch.  It made a loud statement about how orphans were treated in that era… Again, a fair shot.

The show was well acted, you actually cared about the characters, and they got, from what I remember about the era, the details all right.  They could have made this into some sort of huge Black Lives Mater statement, and they didn’t, for which I was most grateful. They could have made this a sexual molestation piece, and again, they didn’t, THANK YOU.

What they did, was let you see the world of chess through the eyes of a social outcast, female genius with a drug problem caused in a large part by the orphanage that was intentionally drugging their charges to keep them docile.

Yes, that happened.  The one thing that I found not credible to the whole tale is that later in the story, after everything that happens, the headmistress of said state home is still in charge… Now that could have somehow happened, but the broad had to be better politically connected than Kennedy.

What I truly enjoyed was the truths about how this all played out against the backdrop of the cold war.  Our heroine is a literal babe in the woods on what’s going on geopolitically, as witnessed by the fact that the show doesn’t even mention any of the major political crisis of the day… no mention is made of JFK’s assassination even though that happens during the span of the series, nothing about the Cuban missile crisis, or Nam… Because those things just weren’t important to our main character.  Hell the race riots and other upheavals of the era are only brushed against lightly by way of our heroine’s buddy who happens to be black.

All of this struck me as very real, in the way that those things that don’t really matter to you just don’t have much weight in your world, no matter how important they are to history.

Then, she realizes that she’s going to be big-time, she’s going to play the Russians!  Now in that era, as well described in the show, the Russians took Chess more seriously than a Texan takes football.  It was not life and death, no it was much more important than that!  This is made clear in the show, and we get to see the realities of the cold war through this girl’s eyes.  International chess players were guarded by members of their nation’s intelligence service… the fear that an international grandmaster might defect to the other side kept heads of spy agencies up at night, I shit you not.

I remember when one of the best ballet dancers in the world defected to the US… (where we take ballet about as seriously as we take chess, and less seriously than we take… Oh soccer, for instance, which means nothing to most Americans.)  Holy SHIT it was a HUGE thing.  On the other hand, if an American player could be convinced to defect, it would be the propaganda coup of the decade for the old USSR…  And this was all made obvious without lecturing or heavy-handedness.  The folks that wrote this series did a perfect job of letting us see the character, and of staying true to the character throughout the series.  The ending was PERFECT.

I give it 4.5 bullets.  It’s worth your time, and you need an escape from the realities of life right now, for at least a little while… take care, keep your head on a swivel.