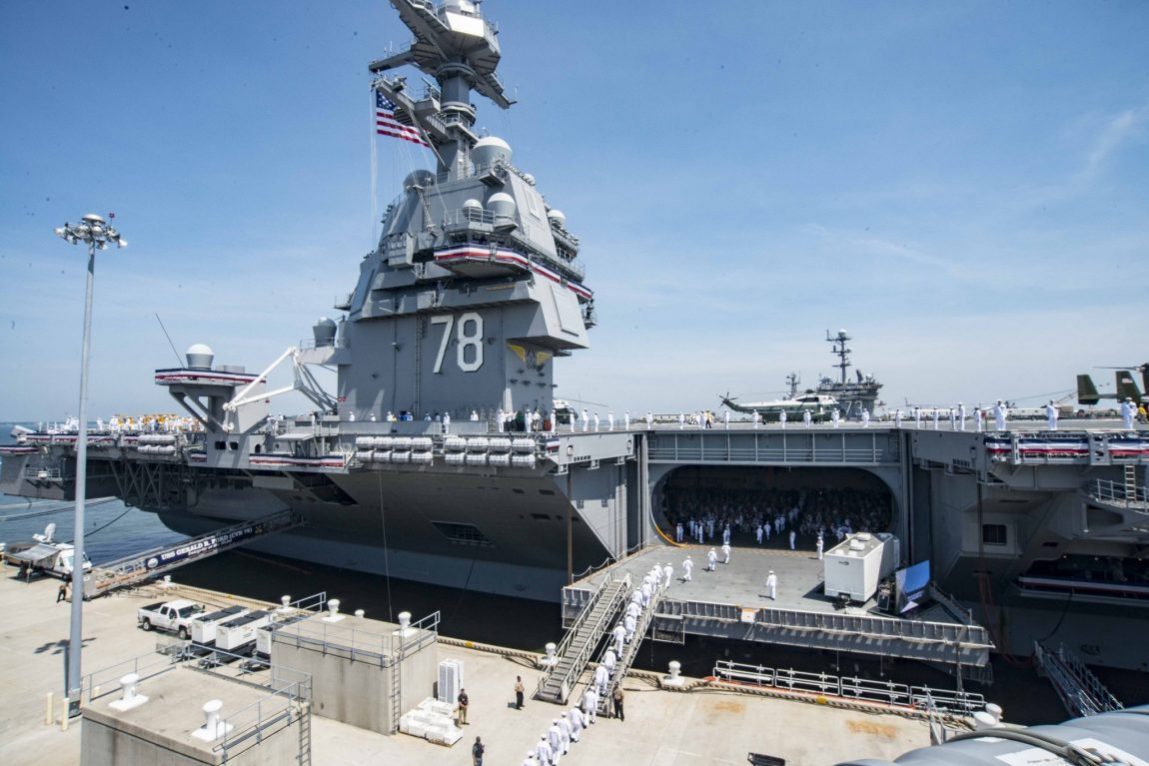 A while back I did an article on the state of Naval maintenance, and the condition of the public shipyards.  Well, I apparently struck a nerve, on a couple individuals that work for beltway bandits, because they screamed bloody murder. As a result, I’m going to revisit it.

Oh, I should explain what a beltway bandit is.  That’s a private organization that makes its money off of selling stuff to the government for as much money as they can.  (the home of the $5000 toilet seats and other such fun stuff.) The unscrupulous ones justify their behavior with “hey we’re charging the Government, it’s not like we’re ripping off people…” (completely oblivious to the fact that “We the people” is the government.)

Now don’t get me wrong, the Government bears some (OK a lot) of responsibility for these fiascos too, but there are some things that never make it to common knowledge.  Things like “we’re only contracting for 15 of these seats, (so you’re going to practically have to make them one at a time, there isn’t enough call to set up an assembly line)  and they need to be able to stand up to 5 G without breaking loose and flying around the airplane, oh and they can’t give off any toxic gas when they’re burned, and you have to certify that they’re made from 100% American materials, we need to be able to trace those materials back to the ground they were mined out of, and who cast the plastic… (yes, those are real requirements.  Some of them are for legitimate reasons, like the 5 G thing. If your bomber is having to pull 5 G to GTFO while being shot at, the last thing you want is for the fucking toilet seat to break off and come flying up to hit the pilot in the back of the head!) Some of them are from the goofy way the laws are set up for procurement, (I could write a whole book about that shit, and someday I may.) And some of them are rules set in place by some congressman to protect jobs in his home district.

Beltway bandits (also known as “contractors”) are necessary, in order to get things made for the government, especially the armed forces.  (Rome had them, they just called them something different) And are for the most part honest people (Fat Leonard scandal and other such things aside.)  But there are some differences between them, and Federal employees.

Today I want to briefly touch on those differences.  They both have their good and bad points, and it’s worth understanding those.

A contractor, or anyone in the private sector, climbs the socioeconomic ladder by making their company money.  That’s not a bad thing, making money is how our entire economic system works. Most of the managers are honest, hard-working people.  But here’s the thing. The more money they bring in, at least cost, determines their value to the system. At the obvious extreme that leads to cutting jobs and trying to do ten guys worth of work with five guys worth of workforce.  It also can lead to really sharp dealing with the letter of the contract law. Like:

“OK, we sandblasted your crane and painted it.”

“Did you specify that we had to mask the bearing races and protect them from sandblasting grit?”

It also can lead to guys trying to make a name for themselves as a manager, pushing the limits and beyond on things like safety.  One local private shipyard just got a guy nailed with 440V AC because the supervisor authorized the clearing of safety tags before the folks finished installing and inspecting the work.  They were lucky they didn’t kill someone that day.

We (the taxpayer we) end up paying for work all the time due to this sort of thing.  Is it the contractor’s fault? Well not completely, the person who wrote the contract didn’t go into enough detail.  On the other hand, the person who writes the contract is a specialist in writing contracts, not in painting and preserving barges or cranes (for instance).  The Byzantine system by which we do contracts (again the fault of congress critters that write bad law to protect re-election campaign donors) requires that you practically be a damn lawyer just to write contracts.  That leaves you no time to be an expert in what you’re contracting to do!

When the contractor does the letter of the law and no more, or sometimes a whole lot less, and says “Gosh, not going to be able to finish on time, oh and you didn’t put a penalty clause in, or the one you put in, I can weasel out of, because one day last month I couldn’t work, through your fault… That invalidates my time criticalness, even though I’m three weeks behind.  If you want it on time, you’re going to have to give us some of your people.” The folks that end up redoing it, or helping, or doing it over, are the public sector employees.

That’s the guys that work as civilians taking a government paycheck from the armed forces (among others).

Why do they end up holding the bag? Because their feet can be held to the fire.  They can be required to do it, and redo it until it meets the specs. And if they have to redo it, it’s called rework and comes out of the part of the budget that would otherwise go to bonuses, and things like that.

OK so That’s the weakness of the private sector, now let’s talk about the public sector because they have the potential for abuse too, just not the same ones.

As a public sector employee, if you’re a basic wrench turner, you are not very different than a private sector guy doing the same job.  You might make a little more, or a little less depending, you have a better job security picture, (unless you’re comparing to a closed union shop, in which case the union guy has more job security) some of your fellow workers are worthless slugs, (true on both sides of the aisle) some are shit hot, dedicated guys who aren’t paid as much as they’re worth.  Really, the difference can only be identified with a micrometer.

Management is also for the most part hard working dedicated individuals that want to do a good job, but… Where the private sector gets rank, pay, position, and social standing by making the company money, the public sector Manager’s rank, pay etc. is determined NOT by how much money he makes the company (as the government, they’re not allowed to make a profit by law.  Really, no SHIT, a Naval shipyard that is the place Nuclear vessels go to be scrapped, has to be careful not to turn a profit on the selling of the scrap!)

OK, you ask, how does a manager climb the ladder?

Well, there are two ways, one is to save the government money. Usually, those are real savings, but can sometimes get into really funky accounting of the sort laughed at in the joke where the wife comes home with a stack of packages as tall as she is, and “But Honey, I saved a thousand dollars on all this stuff!”

The other way rank and pay is determined is by how many people you have working for you, and what their rank is.  Well, that seems reasonable, at least at first glance, but here’s the trap. It can lead some folks to “build Kingdoms”.  Let’s say you have 16 guys working for you… Well, if you can sell that this is too many for one guy to directly oversee, (and the figures say that it is) you get two first level supervisors assigned, one for every 8 guys.  OK, now you have 18 guys working for you, but two of them are first level supervisors, so you have to be a second level supervisor. Then, you’re going to take on a new thing, so you need a couple of new guys for that, and more space to house them… pretty soon you’re a third level.  Oh, and once you make Second Level, you are virtually NEVER demoted, and once an organization gets third level managers, getting rid of the organization practically takes an act of Congress.

Which one is worse? Well, I’m not sure.  One ensures that the work gets done, and done right, but is expensive when not working, and isn’t nearly as efficient as it could be. (in no small part because firing people is HARD to do in the public sector.) The other is cheaper in some ways, but more expensive in many others, doesn’t reliably produce as good of a product, but can lay off or fire folks that don’t perform.

Stay safe, until next time, I remain: