Politicians, Flag Ranks, and Other Idiots 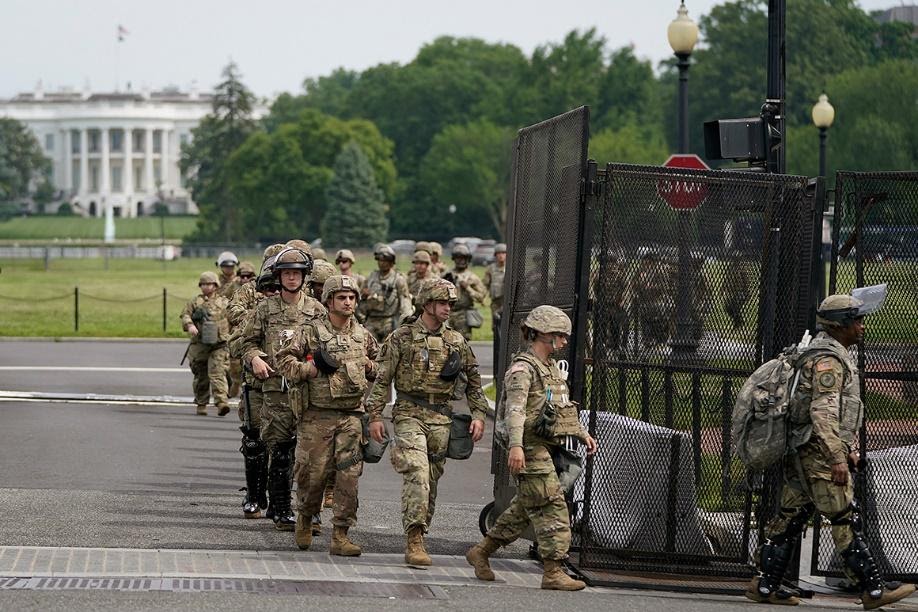 Have a seat, and pour yourself something, the military-political class is in my sights today.

Because they get the picture today (and no other good reason, what they’re doing isn’t any more idiotic than anything else I’m going to sound off about today) let us start with the National Guard in DC.  I’ve got two sweet targets to launch at there.

First off, we’re going to pick on the command of the DC National Guard.  These clowns, in their infinite wokeness, feel the need to offer a participation ribbon for having been part of the troops protecting the politicians from the imaginary forces of evil that apparently want to destroy them.

They have created two new decorations, the “District of Columbia National Guard Presidential Inauguration Support Ribbon, and the District of Columbia Emergency Service Ribbon.  Yes, you read right, we’re giving campaign ribbons to N.G. troops for defending politicians from AIR.  Now even if there had been an attack on the politicians while these No-Gos were there, frankly I find the concept of American Troops defending politicians from their constituents to be pretty abhorrent, but that’s something else to talk about.  Right now, we’re talking about giving these guys a campaign ribbon like you would have gotten for going down and taking care of the folks after Katrina, or for having been involved in the attack on Felucca, because you protected AOC and Nancy from the people they represent.  I realize this is the new generation, and participation trophies are a THING, but DAMN, really? A decoration for standing guard on a razor-wire fence designed to keep the American citizens out of America’s halls of government?  Speaking only for myself, I would be embarrassed to wear the thing.

Now, as if that wasn’t enough, The Capital Police are calling for a further 60-day extension of the No Go presence in DC to the tune of 5,200 men, and Nancy P’s “Task Force” run by the retired general who fucked up so badly at Katrina, to include sending American troops to disarm American citizens for the crime of having a gun… Now wants a PERMANENT No Go QRF (Quick Response Force) stationed in DC!

A QRF is the sort of thing you keep in the FOB (Forward Operating Base) to bail out the Humanitarian troops, or the SEALs if they get into shit too deep for them to handle in a FUCKING COMBAT ZONE!

I’ve been to D.C. a couple of times, that place has more armed uniformed officers per square mile than any city in America, and probably more than any first world city on earth.  There’s more armed police presence walking around in DC than there was in Saint Petersburg Russia for Gods’ sake.  On top of this, you feel the need, General Honoré, to put a GOD DAMNED MILITARY QRF in place as a permanent fixture in our capital?

Let me be perfectly clear here.  If our government is this terrified of the people they represent, that should be the first clue that they’re fucking up.  Nancy, Chuckie, and all the rest of you ought to examine your behavior instead of making DC into a “Green Zone” ala Bagdad.  You all need to understand that you are NOT our masters, you are not the nobles of France, you are our representatives, our SERVANTS, and if you’re afraid of a rebellion, well, maybe you ought to change your ways, instead of the currently recommended solution of granting the Commanding General of the D.C. National Guard “Emergency Authority” to deploy troops and use deadly force without consultation with the President!

The General of the D.C. National Guard is a No Go General, not the Prefect of the Praetorian fucking Guard, and needs to remember the difference.

OK, it’s the Marine Corps turn.  They finally gave Colonel Henderson his star.  I’ve talked about him before you may remember.  I’m glad they gave him his star, but it will forever have an asterisk beside it in a lot of very senior individuals’ eyes because he went to the press to get it.  I don’t know the dude, from the reports I’ve heard he’s the real deal, but because the New York Slimes got him his star, the Corps is going to find a way to make him miserable.  Damn shame, he seems to be a good officer.

Speaking of the NYT, let’s talk about Intelligence. No, I don’t mean intelligence, the ability to reason and understand.  I mean Intelligence the ability to know your enemy’s capabilities, plans, and abilities.  Well, the NYT proved one of my oldest observations, once again.  Wars are started by the failures of Intel.  They ran a big article on March 4 authored by some schmuck named Trip Gabriel; in which they observe and tisk-tisk over the fact that the Republican party, while claiming to represent the working class, the blue-collar and white-collar workers, the guys who make America run, just aren’t giving them any freebies.

See this is the failure of Intel.  The left believes that Government is designed to hand out largess (means to give people free shit) and that this will buy votes and loyalty.  Further, they believe that all people, no matter what they SAY, believe the same thing.  So they think that by not giving away free shit, the Republicans are screwing their target audience and that this will end in the working man turning back to the Democrats.  They spend a few thousand words telling us how stupid the Republicans are for this, and how if they would just give away a bunch of free stuff, they could win.

Well, I’m going to help you out Mr. Gabriel, I’m going to give you True Intel.  The real thing. I’m going to tell you what the folk you’re talking about REALLY want.  Of course, being you, and suffering from the arrogance and pure hubris that has been the besetting sin of the east coast self-proclaimed elite for decades, you won’t believe me, but hey, at least we told you.  What we want is to be left the fuck alone!

Let me say that again for the cheap seats: What we want is to be left the fuck alone!!!

We don’t want free stuff, we don’t want handouts, we don’t want special government programs. Those ALWAYS come with way too many strings, and usually in the middle of that pretty program that looks like it would taste just scrumptious, is a big fat treble hook with multiple barbs.  See to carry the analogy a might further, we are not hatchery fish.  We grew up in the wild. We learned from experience and from our parents, that things that look too good to be true ARE. That once you swallow that hook, you’re never getting free of it.  They own you, and they’re going to pull you up into the boat.  If you’re lucky, they’ll just put you in an aquarium.  If you’re unlucky or have bad timing, you’re the blue plate special.

We have no desire to be owned, we just want to have our shot at eating enough of the flies and worms that are a natural part of the ecosystem to succeed, and maybe grow big, have little fish of our own, and have a long, happy life.

To use another analogy, we are not dogs. We know you have nice warm couches, but with it comes collars, chains, and having to rely on you to hand out whatever sort of kibble you feel like buying.  Or if money is tight, maybe you decide to put down the family dog because after all, he’s old, and he doesn’t have many more years left in him, he can’t take out a burglar anymore so maybe he’s not worth his keep.  We are wolves, we are far happier to just be left alone, allowed to go our own way, and keep the deer population in check.  We will vote for the folks that are willing to let us be us, free of collars, and kibble, couches, and chains.

OK, one final shot before I’m done today.  I’m a bubblehead (that means Submarine Sailor.)  I’ve been a bubblehead for the last forty years, and I will be one until the day I die, and even after.

The news was broken last night (as I write this) and immediately retracted (I mean they pulled it in under a minute) by the Navy Times, about a bed bug infestation on the USS Connecticut.  Further, it turns out this is NOT new, it’s been ongoing for a YEAR, while the crew has been hot-racking (three guys, two beds, someone is always up, and the beds are always occupied… It sucks) in these bedbug-infested racks.

According to the article, and guys I have heard from on the boat, the command has been, shall we say less than concerned with this.  Look Submarine life is challenging, even in the best of times.  If it wasn’t, they wouldn’t offer you special pay and all sorts of reenlistment bonuses to do it.  If you stay at it, it’s because you love it.  That doesn’t mean it’s not hard.

Guys stay in the Rangers, and the Greenie Beanies, the SEALs, and Marine Force Recon too, but those are all HARD ASS, miserable at times, dangerous jobs.  Throwing bed bugs in on top of it, well that’s some next order miserable shit, especially when it’s been going on for that long.  And when the command is blowing you off about it? Dude that’s UN SAT.

The Inspector-General of the US Navy is in the port and in the base where Connecticut is moored right now, supposedly on a normal inspection tour.  Hopefully, they do their damn job, and someone (like the CO and the COB) gets nailed to the wall over this shit.